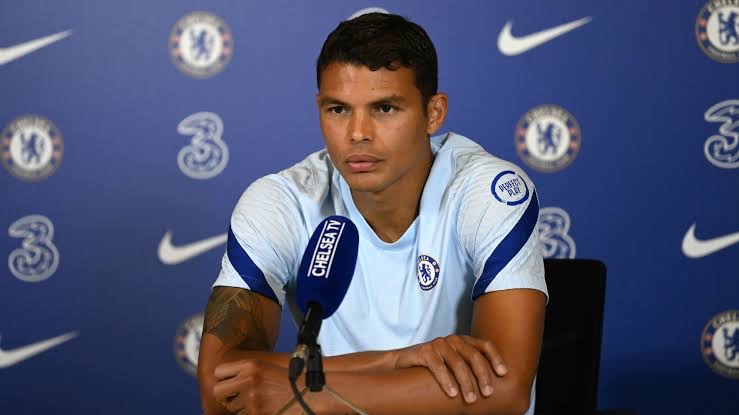 Chelsea boss, Thomas Tuchel has confirmed that defender Thiago Silva will miss the first leg of the team’s Champions League last-16 against Atletico Madrid on Tuesday.

Thiago Silva was injured in the first half of Chelsea’s victory over Tottenham on February 4 but has returned back to training.

The Brazilian defender has missed all Chelsea’s matches since their victory over Tottenham, missing victories against Sheffield United, Barnsley and Newcastle United. He also missed the 1-1 draw against Southampton over the weekend.

Tuchel speaking to the press on Monday ahead of their Clash against Atletico Madrid on Tuesday, said;

Silva trained with the team ahead of their match against Southampton at St. Mary’s Stadium but was not fit to play.

Chelsea travel to Bucharest, Romania for the match against Atletico Madrid in the UEFA Champions league due to COVID-19 restrictions in Spain.

Meanwhile, Tuchel also confirmed that both Kai Havertz and Christian Pulisic will be in the contention for the game against the current La Liga leaders.

Havertz has been absent since their 2-0 victory over Burnley on January 31, while Christian Pulisic had been out due to several injuries, including a minor calf injury. The American has been relegated to only a single start under Tuchel.