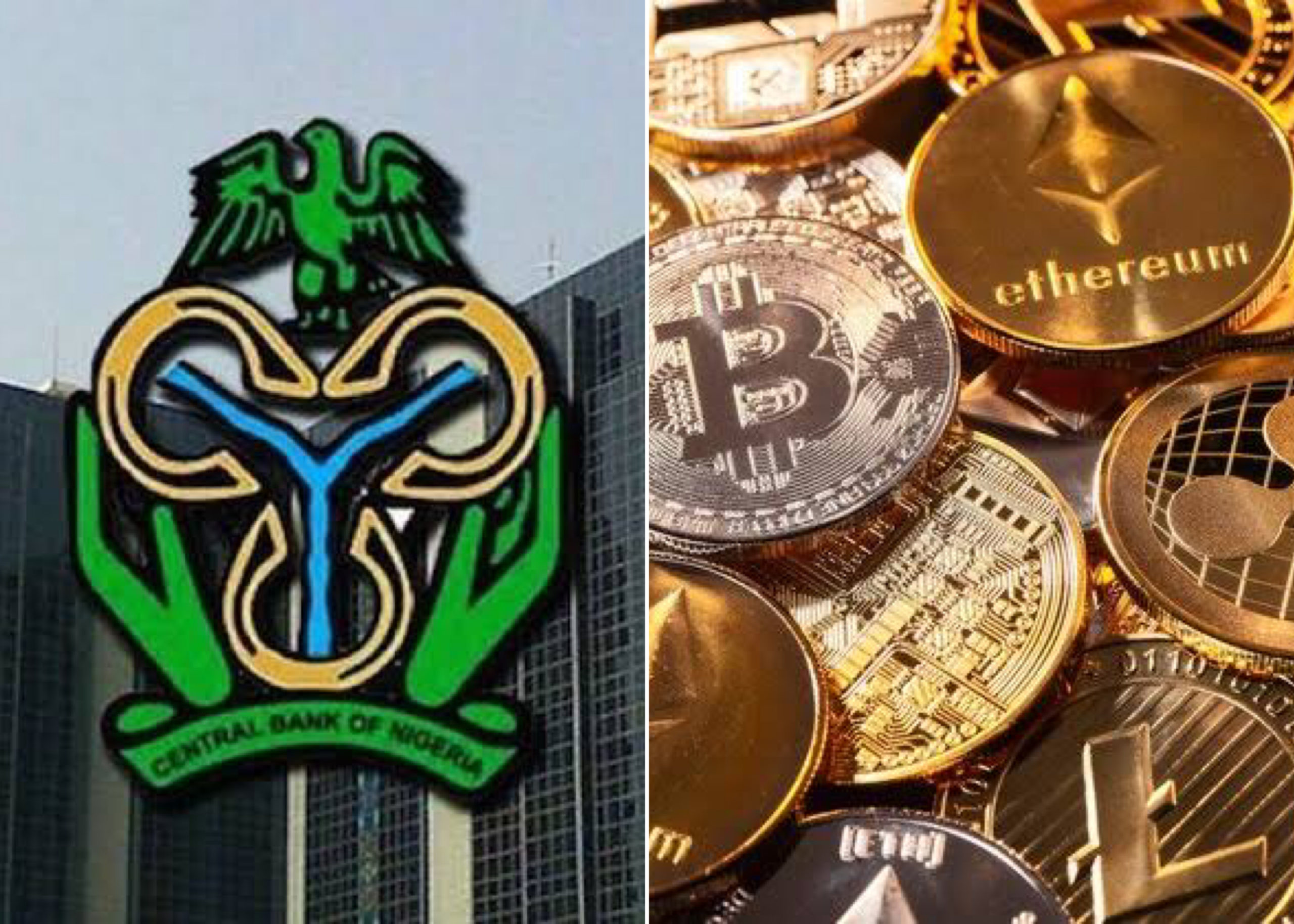 Central Bank of Nigeria has ordered banks and other financial institutions to close customer accounts used in trading cryptocurrencies and other related transactions.

This was stated in a letter dated February 5 as seen by MDB and signed by Bello Hassan, Director of Banking Supervision and Musa I. Jimoh, Director of Payments System Management Department.

Further to earlier regulatory directives on the subject, the Bank hereby wishes to remind regulated institutions that dealing in crypto currencies or facilitating payments for cryptocurrency exchanges is prohibited.

Accordingly, all Deposit Money Banks (DMBs), Non-Bank Financial Institutions (NBFCS) and Other financial institutions (OFIS) are directed to identify persons and/or entities transacting in or operating crypto currency exchanges within their systems and ensure that such accounts are closed immediately.

Please note that breaches of this directive will attract severe regulatory sanctions. This letter is with immediate effect.

The new directive comes three years after CBN said it would not licence cryptocurrencies such as Bitcoin, Ripples, Monero, Litecoin, Dogecoin, Onecoin, amongst others.

It had then said any transactions conducted through them would not have the protection of the Nigerian law.

CBN has in time past taken a hardline position against cryptocurrencies, which have become a major unit of commerce across the world in recent years.

It would be recalled that in October 2020, at the peak of #ENDSARS protests, CBN restricted some financial institutions from receiving or making crypto payments.

The restricted accounts belonged to predominantly young Nigerians who had either sent or received funds to run the #EndSARS protests.

When the major fundraisers, Feminist Coalition, were blocked, a bitcoin wallet was set up which donors used to pour in support from across the world, a donation method which was endorsed by Jack Dorsey, CEO of Twitter.

However, CBN was helpless at blocking the inflow as cryptocurrency is being run on decentralised monetary systems that no conventional regulator can restrain.

The new directive by CBN comes amid the soaring of trading in Bitcoin and other cryptocurrencies as global economy becomes increasingly volatile.

Many Nigerians have since jumped on this opportunity and started utilising crypto transactions to avoid the numerous challenges faced with traditional money transfer services.

In 2020, crypto marketplace Paxful reported that Nigeria had the world’s second-largest Bitcoin by trading volume.

In the last five years, Nigerians have traded 60,215 Bitcoins, or more than $566 million USD, it was reported.

Read the full statement from CBN below; 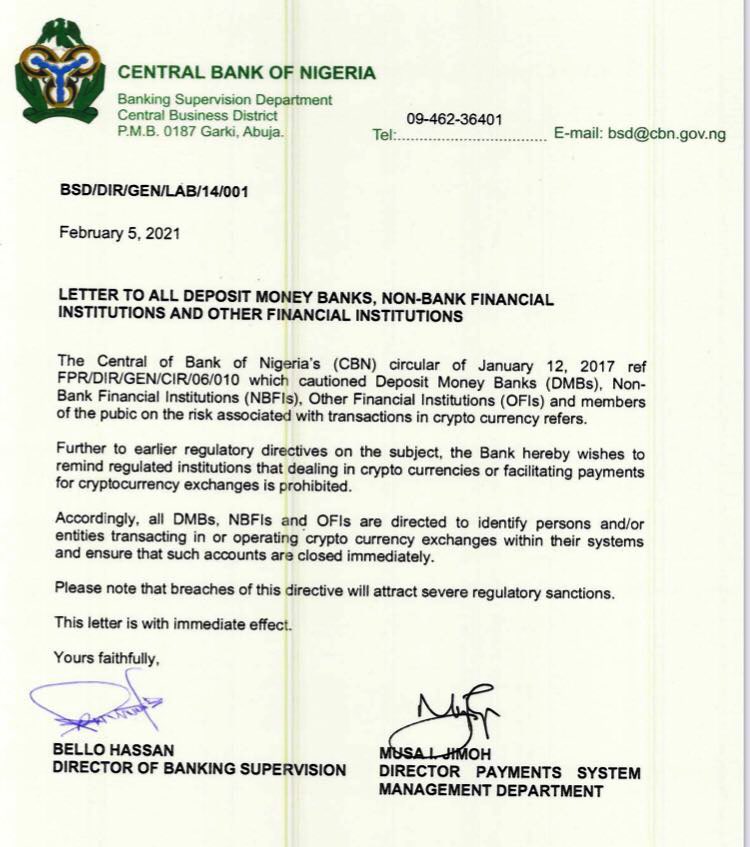