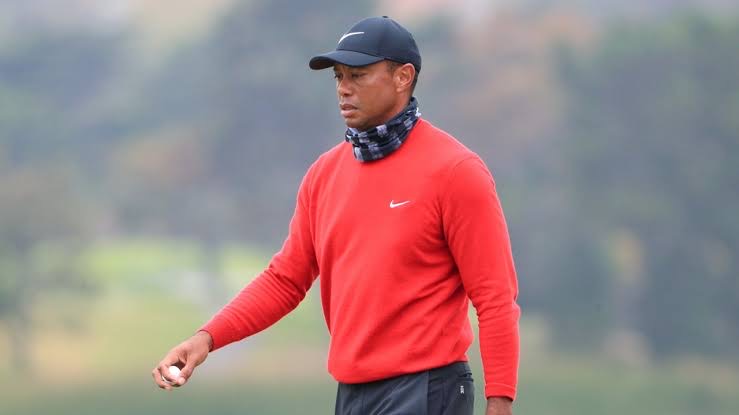 Golfer, Tiger Woods has been hospitalised after he was involved in a car crash in Los Angeles on Tuesday.

He was driving alone near Rancho Palos Verdes when his vehicle flipped over. Fire fighters had to use a device known as the ‘jaws of life‘ to break open the car and rescue him, DailyMail reports.

His condition, as at press time is not known but his agent Mark Steinberg told Golf Digest;

Tiger Woods was in a single-car accident this morning in California where he suffered multiple leg injuries. He is currently in surgery and we thank you for your privacy and support.

On February 23, at approximately 7.12am, LASD responded to a single vehicle roll-over traffic collision on the border of Rolling Hills Estates and Rancho Palos Verdes.

The vehicle was traveling northbound on Hawthorne Boulevard, at Blackhorse Road, when it crashed. The vehicle sustained major damage.

The driver and sole occupant was identified as PGA golfer Eldrick ‘Tiger’ Woods.

Mr. Woods was extricated from the wreck with the jaws of life by LA County firefighters and paramedics, then transported to a local hospital by ambulance for his injuries.

Although Woods was previously arrested on a Driving Under the Influence (DUI) charge in 2017, the cause of Tuesday’s crash is yet unknown.

Woods lives in Florida but was in California for a two-day content shoot with Golf Digest/GOLFTV. He spent Monday golfing with David Spade and Jada Pinkett Smith.

He was driving a Genesis GV80 which had been lent to him by the car company while he was in California to host Professional Golfers Association (PGA) Tour’s Genesis Invitational over the weekend.