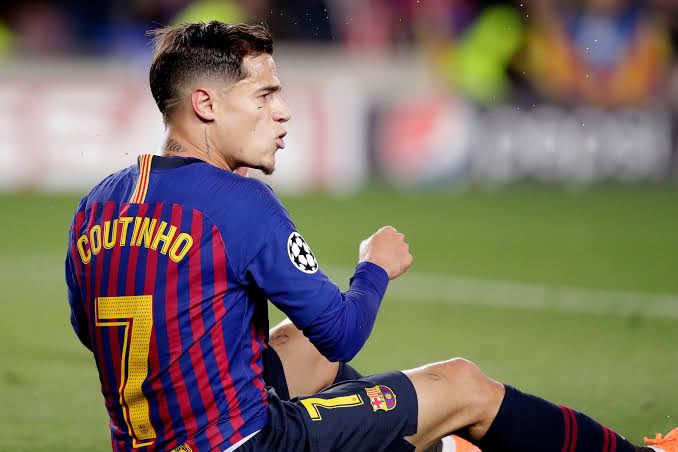 Barcelona will bench Brazil International, Philippe Coutinho for the rest of the season to avoid paying Liverpool a fee of £4.5 million transfer instalment, it has emerged.

Coutinho joined Barcelona back in January 2018 for a basic fee of €120m with an additional €40m in add-ons, after the exit of Brazilian Compatriot Neymar.

COVID-19 has taken a heavy toll on the Catalan side financially and they are desperate to cut on their expenditure.

They are said to be approaching bankruptcy after racking up debts close to £1 Billion and they hope to save some cash by freezing the 28-year-old player.

According the contract Coutinho signed, the Catalans are to cough out £4.5m if he plays seven more games, but the La Liga side will not let that happen and won’t use him unless they are desperate and may likely have to wait to next season to play first team football again.

One of the club’s priorities is to save [money] and he has variables for games played and Barca don’t want to pay more for him. Barca have to pay £4.5m more in seven games and that will not happen.

Barcelona are said to owe 19 other teams’ money in various transfer instalments, they owe a total amount of £112m– with nearly £26m being owed to Liverpool.

The Catalonians have the highest wage bill in world football, topping £355m, despite slashing players’ wages by 70 percent during the pandemic.

Rolls-Royce Records Highest-Ever Sales In 2021 Than In Its…