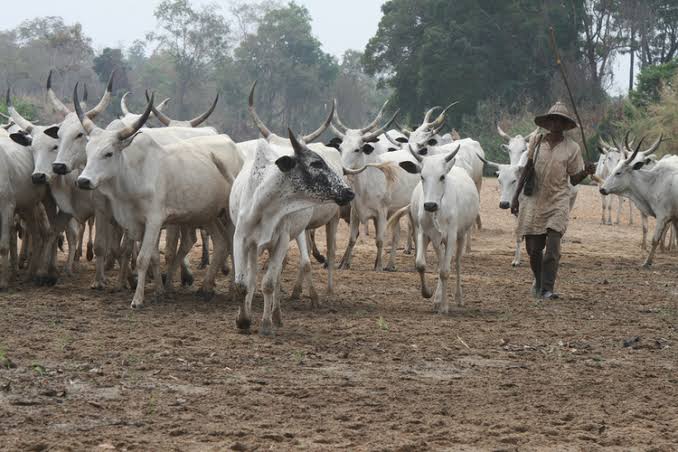 Presidency has debunked claims in a viral video that the Federal Government offered the sum of N100 billion to Miyetti Allah Cattle Breeders Association of Nigeria (MACBAN) in appeal to the group to stop banditry and kidnapping.

However in reaction, the presidency in a tweet declared that the video is a two-year-old clip and the information in the video is false.

It added that when the video was in circulation two years ago, Senior Special Assistant to the President, Garba Shehu in an interview with ChannelsTV at the time said;

That is an absolute falsehood. In all of those meetings, nothing like money was discussed.

During the interview, Shehu said no such amount was given to appease the association over the reported killing by some herdsmen.

That is an absolute falsehood. In all of those meetings, I have confirmed that in any of those meetings nothing like money was discussed. All of the issues were about the involvement of the leadership of this group in getting them to prevail upon their erring members and they are many. How do they assist the administration to recover weapons that are widely owned by these elements?

According to Shehu, the existence of some miscreants in a group does not entirely mean the entire members of the association are criminals.

He noted that Miyetti Allah is a cultural group just like Afenifere associated with the Yorubas and Ohaneze Ndigbo of the southeast.

The Miyetti Allah group is like Ohanaeze Ndigbo or the Afenifere. It’s just a cultural group. There are criminals with the Yoruba race and you cannot say because there are Yoruba criminals, then Afenifere is a band of criminals.

The resurfacing of the video comes against the backdrop of the war going on between the Presidency and Ondo State Government over the eviction notice to herdsmen in the state.

It would be recalled that governor of Ondo State, Rotimi Akeredolu recently ordered herdsmen to vacate the forests within seven days due to the rising cases of banditry and kidnapping in the state.

The governor said ‘bad elements’ have turned the forests to their hideouts, where they keep their kidnapped victims and negotiate ransoms.

Days after the governor’s directive, Northern Elders Forum asked the herders in the state to ignore Akeredolu’s order.

Read Also: Eviction Notice: ‘All Lands In Nigeria Belong To Fulani, No Power Can Send Us Out’ – Miyetti Allah Tells Gov Akeredolu

The presidency in a swift reaction also replied Akeredolu, saying he could not unilaterally remove thousands of herders from the forest reserves.

The disagreement has led to various reactions from many quarters and ethnic groups.

Presidency: Why Buhari Refused To Act As “Elected…