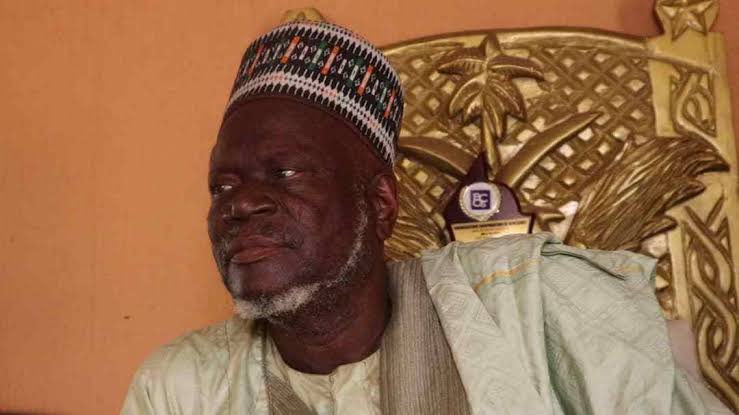 Seriki Fulani in Oyo State, Saliu Abdulkadri, has relocated to Ilorin, Kwara State following a mob attack on his house in Igangan community amid eviction notice given to Fulani herdsmen by Yoruba activist, Sunday Adeyemo, better known as Sunday Igboho.

Mr Abdulkadri and his kinsmen left Igangan in Ibarapa Local Government Area of Oyo State last Friday on the expiration of a seven-day ultimatum issued to them by Igboho.

The activist asked Fulani residents to leave so as to check kidnappings allegedly perpetrated in the area by herders linked to the ethnic group.

He accused Abdukadir of harbouring the herders allegedly kidnapping and killing residents of the community.

Igboho defied a warning by Governor Seyi Makinde to stay away from the area and led some youth to attack the home of Abdulkadri.

The attack provoked a clash with Fulani residents, leading to the burning of houses and cars.

However, according Director of Operation, Oyo State Fire Service, Ismail Adeleke, the fire affected the living room and the corridor of the building. He said the police were investigating the incident.

In recent development, Abdulkadri, according to ThePunch, was received on arrival by his kinsmen in Ilorin.

When asked of efforts to reconcile him with his former Yoruba hosts, the embattled Fulani community leader reportedly said, “I have not been called for any meeting as we speak”.

If we are asked to return to Igangan where are we going to live? My house and vehicles had been completely razed. But if given opportunity to return to the community, I would consider moving back to Igangan.

When we were sent out of Igangan, we moved to Ilorin in Kwara State. As we speak, I am in the north but my children are in Ilorin. I have a building in Ilorin.

On his message to the people of Igangan, he said;

I don’t have anything to say because I did not offend any member of the community. The hoodlums who are indigenes of Igangan were once arrested and they are still at the Agodi Correctional Facility in Ibadan. Their ringleader is called Janbele; he is with the police now. That is one of the issues that are causing animosity between us and members of the community.

Earlier at a news conference in Ilorin on Thursday, Abdulkadir denied any involvement in kidnapping and other criminal activities in the Oyo community.

He said seven of his kinsmen died, while his property worth over N500 million was destroyed by the mob led by Adeyemo.

My houses,12 vehicles belonging to myself, my children and some visitors were burnt and seven of my people were killed.

Confirming kidnapping and raping were rife in the community, the Seriki Fulani said;

Both the Yoruba indigenes of the area and the Fulani were culprits.

He further noted that he had always worked with security operatives in fighting crime in the area to the knowledge of leaders and elders of the community.

There was no case of farm destruction reported to me that I will not send people to go and look at the farm that was destroyed. If discovered that it’s true, I will order the Fulani to pay money to the farmers.