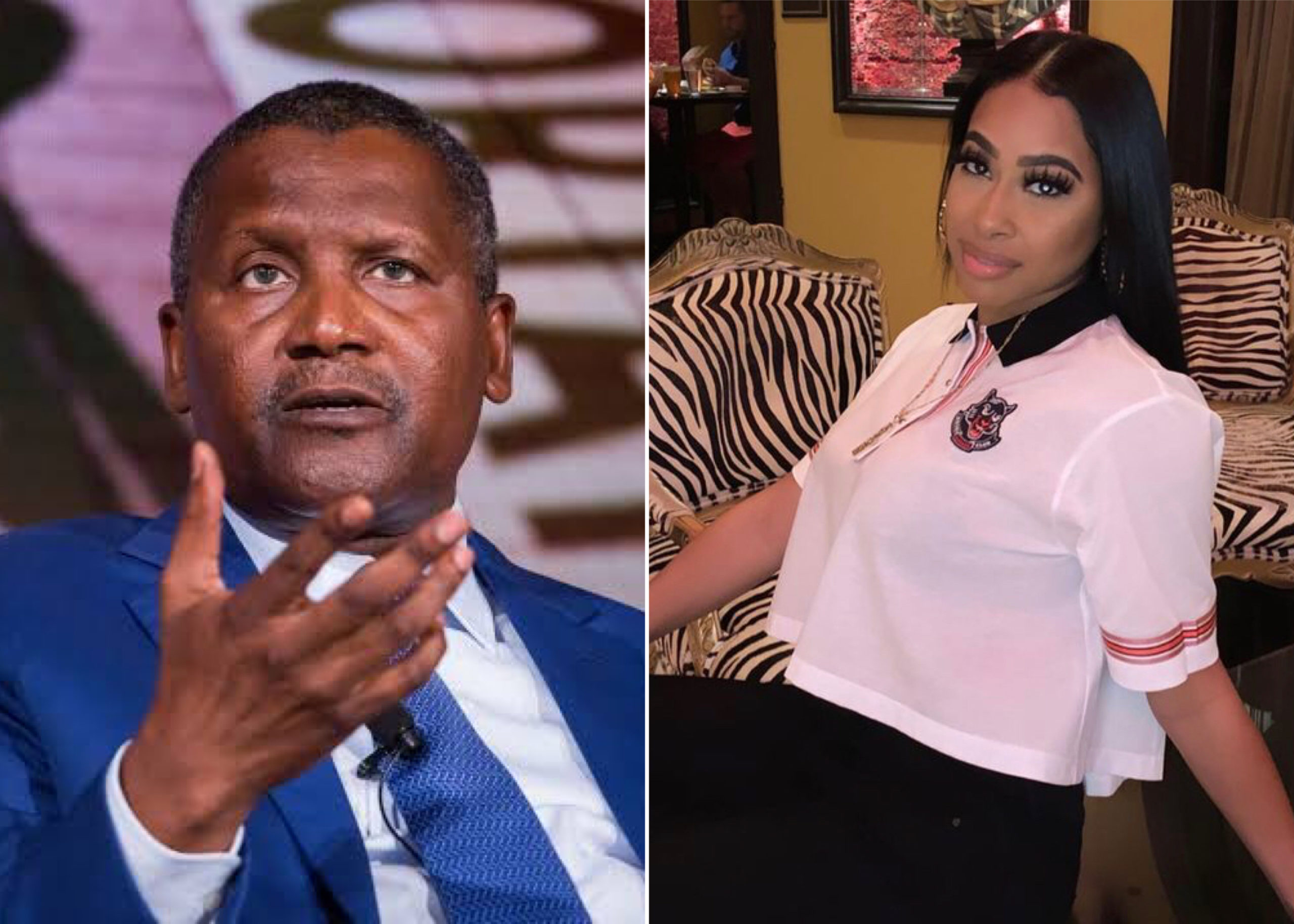 Billionaire businessman, Aliko Dangote, has asked a court in the United States to impose a preliminary gag order on his former girlfriend, Autumn Spikes.

It would be recalled that it was Spikes recently took to social media to expose their secret affair of nearly 10 years.

A gag order (also known as a gagging order or suppression order) is an order, typically a legal order by a court or government, restricting comment about a certain case in public or passed onto any unauthorized third party.

Spikes on January 1, via her Instagram handle, allarounda1, posted a viral video showing herself and Dangote with part of the buttocks of Africa’s richest man exposed.

Following this, Dangote sued the lady for allegedly trying to extort $5million from him and is now hoping to obtain the “gag order” to stop her from carrying out an alleged threat to expose his private and family life on social media and media talk shows.

According to PremiumTimes, he filed the “petition for entry of the preliminary injunction”, through his U.S.-based lawyers on January 25, five days after he filed the libel suit on January 20.

Dangote’s only prayer in his petition reads;

Wherefore, the plaintiff prays that the court enter order of preliminary injunction and order defendant Autumn Spikes to show cause why she should not be the subject of gag order.

The publication stated a hearing notice which was issued on Friday showed that Miami-Dade County Court in Florida, U.S, has fixed February 9 for the hearing of the “petition for entry of the preliminary injunction”.

Dangote’s lawyer, Bruce Fleisher, stated in the petition that defence lawyer, Paul Petruzzi, “has not agreed to accept service of process”, but “this complaint has been provided to him immediately upon filing. I anticipate an onslaught on social media, talk shows.”

In the petition, the Billionaire businessman accused Spikes of making “extortive demands” of $5million in the form of a alimony.

However according to Dangote, there was never a marital relationship between him and Spikes granting her the right to an alimony, which is the money a court orders someone to pay regularly to their former wife or husband after their marriage has ended.

The Billionaire businessman, who said he “anticipates an onslaught of social media”, appealed to the court to grant him “the protection” of “a preliminary restraint before evidentiary hearing” in his suit.

In his first suit, Dangote, using a pseudonym, John Doe, as a cover from public attention, sued Spikes whom he accused of trying to extort $5million as a condition to keep their private affairs off the public space.

He contended, in his court document, that his “business acumen has made him a target for coercion by the defendant”, adding that Spikes demanded “meritless claims of $5 million” in the nature of “palimony to which she is not legally entitled.”

Palimony is the division of financial assets and real property on the termination of a relationship where the parties are not legally married but Dangote also states at another point in the suit that the demand was in the nature of an alimony.

Dangote, who is now seeking damages in excess of $30,000 against Spikes as well as a gag order.

On her part, Spikes, who on her Instagram page earlier this week said she was yet to be served Dangote’s suit, denied threatening to expose her private affairs with Dangote to the public.

She added that the businessman had no admissible evidence to prove she made such threats, expressing confidence that the suit would be dismissed by the court.

Spikes has been given 20 days from the day she is served with the suit to file her response and her legal team was yet to file any response to any of the documents filed by Dangote as at Saturday.