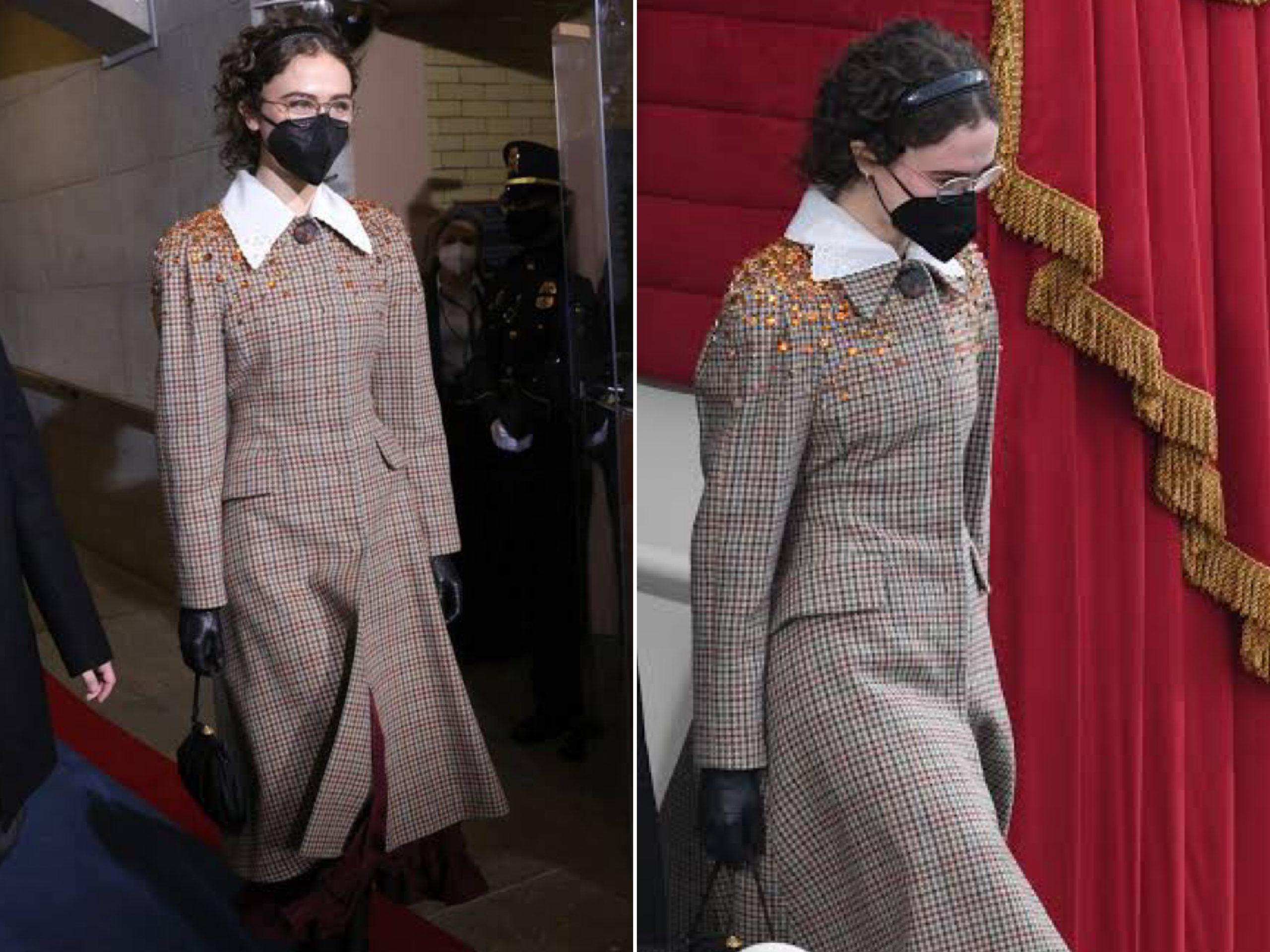 Ella Emhoff, stepdaughter of Kamala Harris, Vice President of the United States, has landed a lucrative modelling contract after turning heads with her outfit during inauguration ceremony on January 21.

The 21-year-old daughter of Harris’ husband Doug Emhoff and his first wife Kerstin, has signed with International Management Group (IMG) Models, the top modelling agency based in New York confirmed this to New York Times.

This is in part thanks to her head-turning style at the January 21 ceremony. 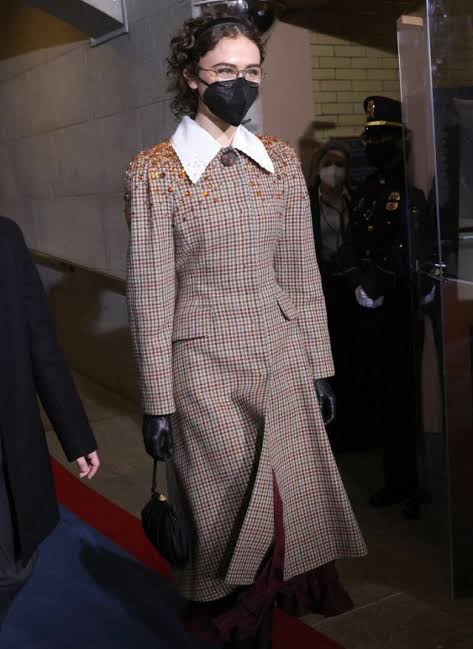 Emhoff was declared a “style icon” after wearing a plaid Miu Miu coat with embellished shoulders, paired with a garnet-hued dress by Batsheva.

What she wore and who she was that day was in line with the person I met.

He however noted that talks to sign her to IMG began long before the election, but the deal was sealed with her Inauguration Day outfit.

Bart also added that Emhoff has an authentic appeal, stressing;

It’s not really about shape, size or gender any more. Ella communicates this moment in time. There’s a cheekiness and a joy she exudes.

He said his response to seeing her at the inauguration was: ‘Wow, she’s communicating fashion.‘

Though sporting a layered fringe cut in a video supporting Harris during Democratic Nation Convention in August, Emhoff switched things up on Inauguration Day by going with eyeglasses and curls held in place by a demure headband. 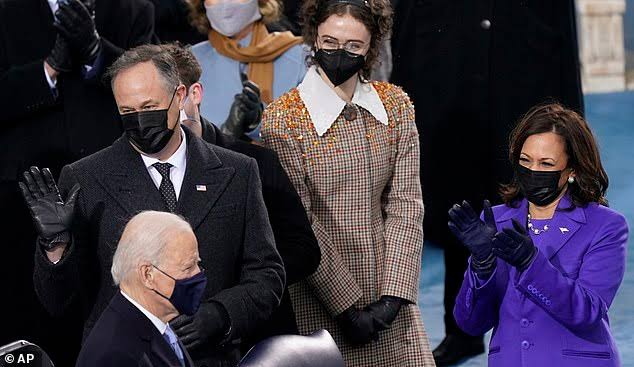 However, her Instagram feed showcases her quirky knitwear designs, colorful tattoos (around 18, by her count) and body hair.

Emhoff is not new to the fashion world as she is a fine art student at the Parsons School of Design in New York City, specialising in textiles.

Her outfit and viral eyebrow-wiggling at Mike Pence has now sealed the deal: before inauguration day she had about 50,000 followers on Instagram, and a week later the total had surpassed 300,000.

Emhoff speaking about her new modelling deal said the approach from Bart took her back, even though she had been dabbling in modelling for a smaller agent.

She told The New York Times;

I was pretty surprised when everything with IMG was happening because when I was younger, I never saw that as being part of my timeline.

As someone who, like a lot of young girls out there, had self-confidence issues, it is intimidating and scary to go into this world that is hyper-focused on you and the body.

Emhoff expressed that she was encouraged by the diversity of models working today, and the opportunity to be ‘part of that change‘.

She now joins National Youth Poet Laureate Amanda Gorman, who made her own waves at the Biden-Harris inauguration as well with her powerful poem.