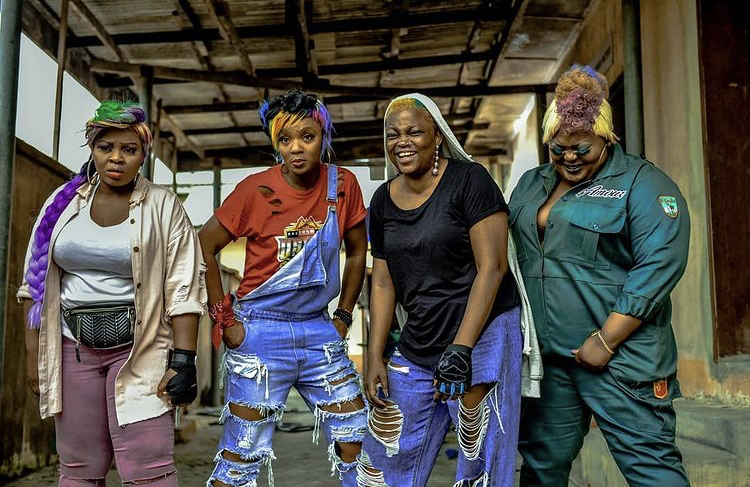 News Agency of Nigeria (NAN) reports that the 2020 comedy film, released on December 25, has broken a four-year record held by Kemi Adetiba’s ‘The Wedding Party’.

In a statement released by the Cinema Exhibitors Association of Nigeria (CEAN), the 2020 comedy film has so far grossed N468,036,300 after holding the number one spot for its third week in a row.

NAN also reports that Akindele-Bellos’ latest feat is probably the most shocking news in recent times, as it comes amidst a pandemic that crippled the film industry for months.

Reacting to the good news, Funke Akindele-Bello in an Instagram post shared a video of herself and her husband, Abdulrasheed Bello better known as JJC Skillz dancing and appreciating God for the great success.

OMO GHETTO (THE SAGA) is the HIGHEST GROSSING NOLLWOOD MOVIE OF ALL TIME!!!! This is how we react to this good news.

The comedy movie was released on Christmas day 2020 and is a sequel to the 2010 trilogy ‘Omo Ghetto’, follows the chaotic life of Shalewa aka Lefty (Funke Akindele)

Lefty struggled between living a life of wealth and comfort provided by her adopted mother or returning to her ghetto lifestyle.