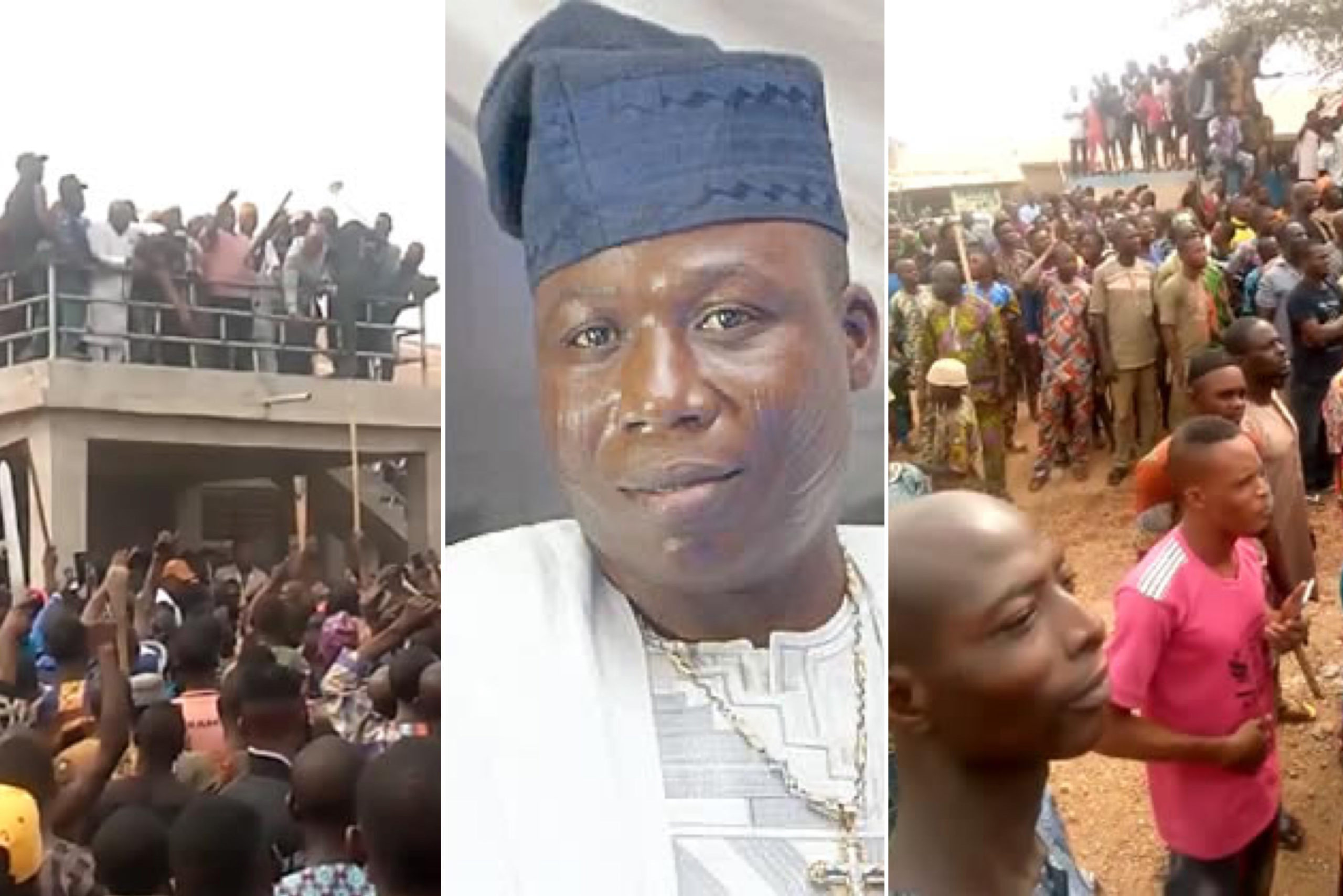 Frustrated by the incessant killings, kidnappings, and destruction of farms allegedly being carried out by herdsmen in Ibarapaland, Igboho last Friday stormed the Fulani settlements in in Igangan and asked them to leave within seven days.

Igboho accused the Fulani community in the area of masterminding abductions, killings, and other criminal activities in the area.

He listed the assassination of Oyo businessman, Fatai Aborode, Alhaja Serifat Adisa and her children, an Igangan prince, among others. Igboho disclosed he acted on the request of traditional rulers.

However, Oyo State Government has condemned the quit notice.

Governor Seyi Makinde warned against eviction of any ethic group and vowed to deal with troublemakers.

Nevertheless, Igboho has called his bluff as he stormed the community today and was received by hundreds of youths at Igangan Town Hall.

Watch a video of the below;