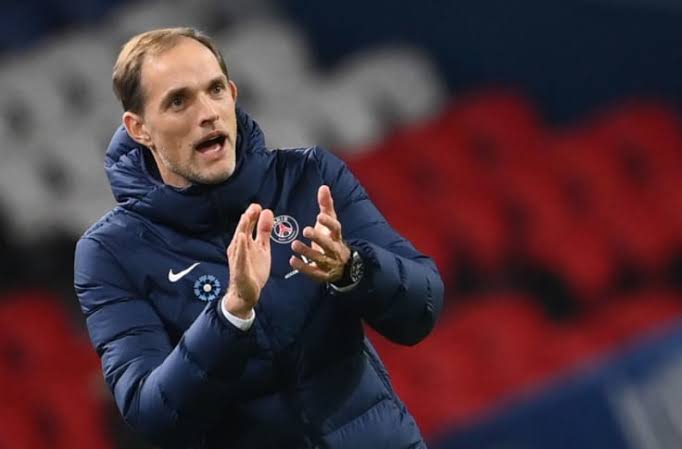 Chelsea have confirmed the appointment of Thomas Tuchel as the club’s new Head Coach on Tuesday, January 25.

The German was confirmed as the successor to Frank Lampard, who was sacked on Monday, in a statement issued by the club on Tuesday.

Tuchel arrives on an initial 18-month deal with an option of a further year after the club parted company with Lampard after 18 months in charge in west London.

Chelsea also confirmed that Tuchel would take charge of his first training session on Tuesday evening and will be in the Stamford Bridge dugout for Wednesday’s Premier League clash with Wolves.

The 47-year-old arrives in west London having managed Borussia Dortmund and most recently Paris Saint-Germain.

On his arrival, Tuchel said;

I would like to thank Chelsea FC for their confidence in me and my staff. We all have the greatest respect for Frank Lampard’s work and the legacy he created at Chelsea. At the same time, I cannot wait to meet my new team and compete in the most exciting league in football. I am grateful to now be part of the Chelsea family – it feels amazing!

It is never easy to change Head Coach in the middle of the season but we are very happy to secure one of Europe’s best coaches in Thomas Tuchel. There is still much to play for and much to achieve, this season and beyond. We welcome Thomas to the Club.

Tuchel was available after his departure from Paris Saint-Germain, where he won back-to-back Ligue 1 titles and reached last season’s Champions League final before being replaced by ex-Tottenham boss Mauricio Pochettino.

He won DFB-Pokal in 2017 with Dortmund before his spell with PSG, in which the French club narrowly missed out on the top prize in European football when they were beaten 1-0 by Bayern Munich last summer.