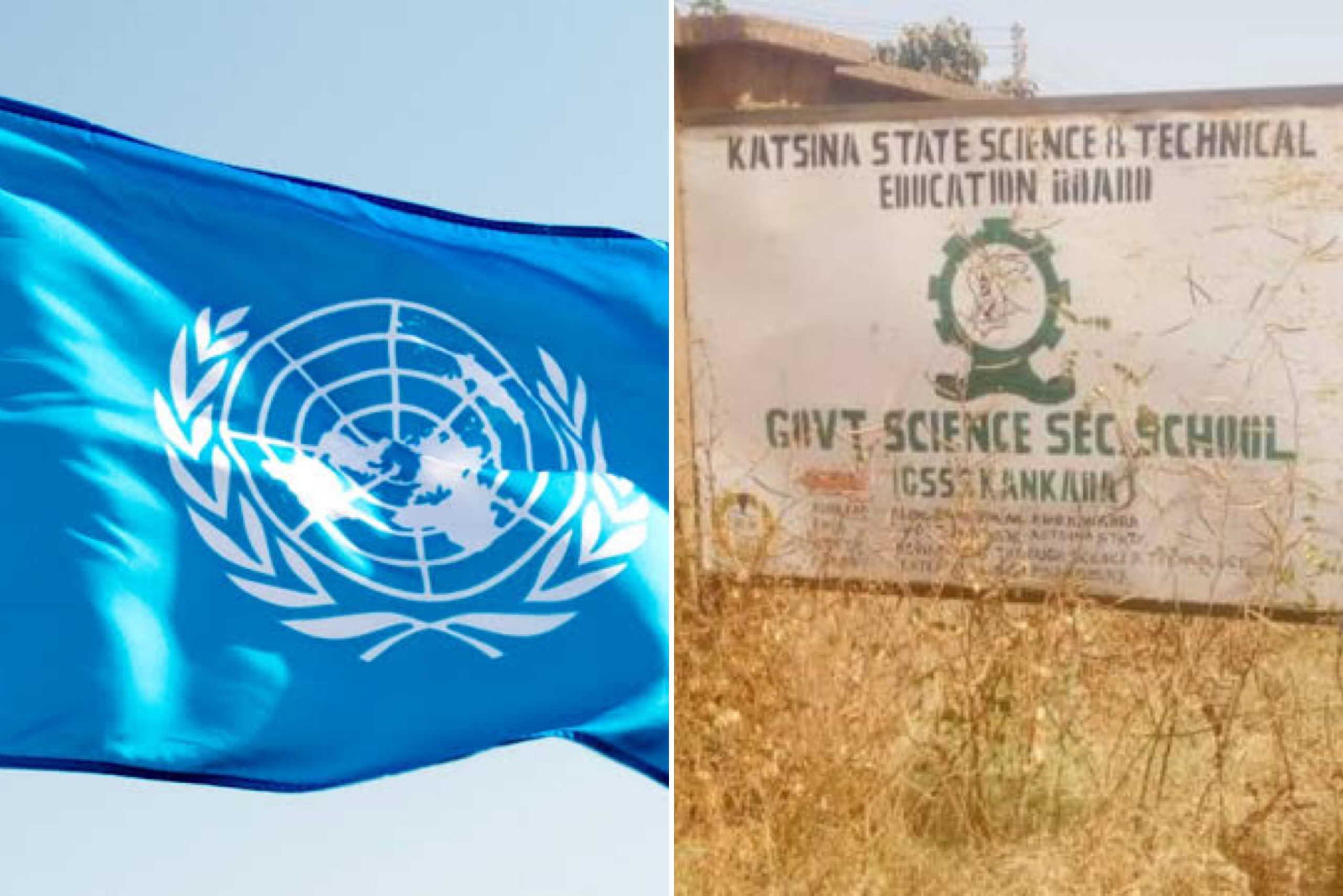 United Nations has condemned the mass abduction of students at Government Science School at Kankara in Kastina State, demanding their immediate and unconditional release.

Spokesperson for the Secretary-General, Stéphane Dujarric revealed the organization’s position in a statement on Monday, ThePunch reports.

It would be recalled that gunmen stormed the school late Friday, forcing hundreds of students to flee and hide in surrounding bushes, while they kidnapped several others.

Katsina State Governor, Aminu Masari who visited the school on Saturday said soldiers were working to locate and free the hostages.

Giving an update on Sunday when he received Buhari’s delegate, the Governor noted that 333 students were still missing, though Presidential aide, Garba Shehu has contradicted this, saying it’s 10 boys.

However, UN in its statement said;

The Secretary-General strongly condemns the 11 December attack on a secondary school in Katsina State, Nigeria, and the reported abduction of hundreds of boys by suspected armed bandits.

The Secretary-General calls for the immediate and unconditional release of the abducted children and for their safe return to their families. He reiterates that attacks on schools and other educational facilities constitute a grave violation of human rights. He urges the Nigerian authorities to bring those responsible for this act to justice.

The Secretary-General reaffirms the solidarity and support of the United Nations to the Government and people of Nigeria in their fight against terrorism, violent extremism, and organized crime.