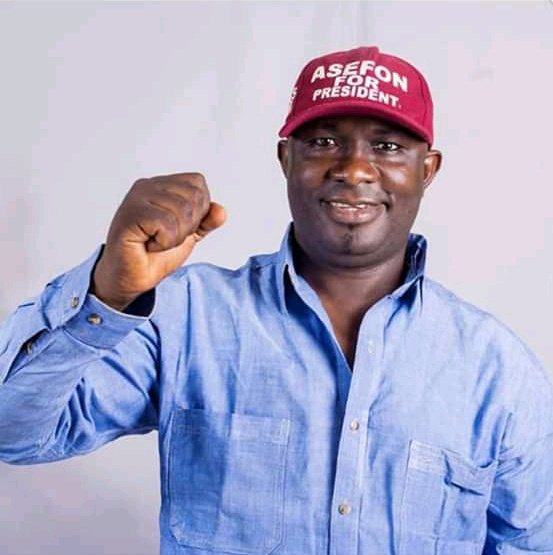 Comrade Sunday Asefon has reportedly been elected as the new President of the National Association of Nigerian Students (NANS) following violence that marred the election process in Abuja.

Heavy gunshots were heard at old parade ground in Abuja on Thursday during NANS national convention.

The student leaders met to elect a new set of executives to pilot the affairs of the Union for the next one year.

The outgoing president, who was recently suspended, Danielson Bamidele Akpan, held on to the office for over two years refusing to hand over power.

Asefon, 43, a Post-Graduate student at Ekiti State University (EKSU) and former coordinator of NANS Zone D, has now been elected President of the student union body.

According to multiple reports, trouble during the election started when a coordinator of NANS from one of the zones with faction reportedly brought in armed men as accreditation was on.

Upon arrival, it was learnt that the armed suspected cultists engaged the men of the Department of State Security (DSS) on ground in gun battle.

Some of the DSS officials were said to have taken to their heels and retreated as they were almost outnumbered by the armed men.

Over 20 persons were said to have been injured, with one in danger zone taken to the nearest hospital. Normalcy later returned around past 11pm as the student leaders returned to the venue to continue the election.

It was gathered that security was reinforced as soldiers from Abuja had to be sent to provide security in addition to the DSS officials on ground.

An official of the NANS Convention Planning Committee (CPC), Adamu Kabir, in a tweet on Thursday night, described the gun battle as “normal” in NANS.

This sporadic shooting is an annual ritual that must be observed in order to test the ruggedity of candidates contesting for NANS presidency.

I’m part of the Convention Planning Committee (CPC). This sporadic shooting during NANS Convention is an annual ritual that must be observed in order to test the ruggedity of candidates contesting for NANS Presidency. But normalcy has been restored and things are moving smoothly. pic.twitter.com/bro45738Xg

Watch some videos from the incident below;

BREAKING: Sporadic gunshots rocks the ongoing #NANS Convention venue in Abuja amidst vote buying. The gathering of students leaders was meant to elect a new President of National Association of Nigerian Students that will pilot the affairs of the student’s apex body next year. pic.twitter.com/6eiRaFS8XY

This is supposed to be a gathering of student leaders right?
NANS and its very unfortunate reality.
How are we sure of better days ahead when student election is more like PDP and APC rally? pic.twitter.com/aF1kf7NtMX

Singer Duncan Mighty Accuses Wife, Her Family Of Plotting To Inflict Him With Illness, Take Over Properties

2023: NANS Calls On FG To Direct Closure Of Tertiary…

NANS Urges FG To Honour ASUU In Fulfilling Its Promise