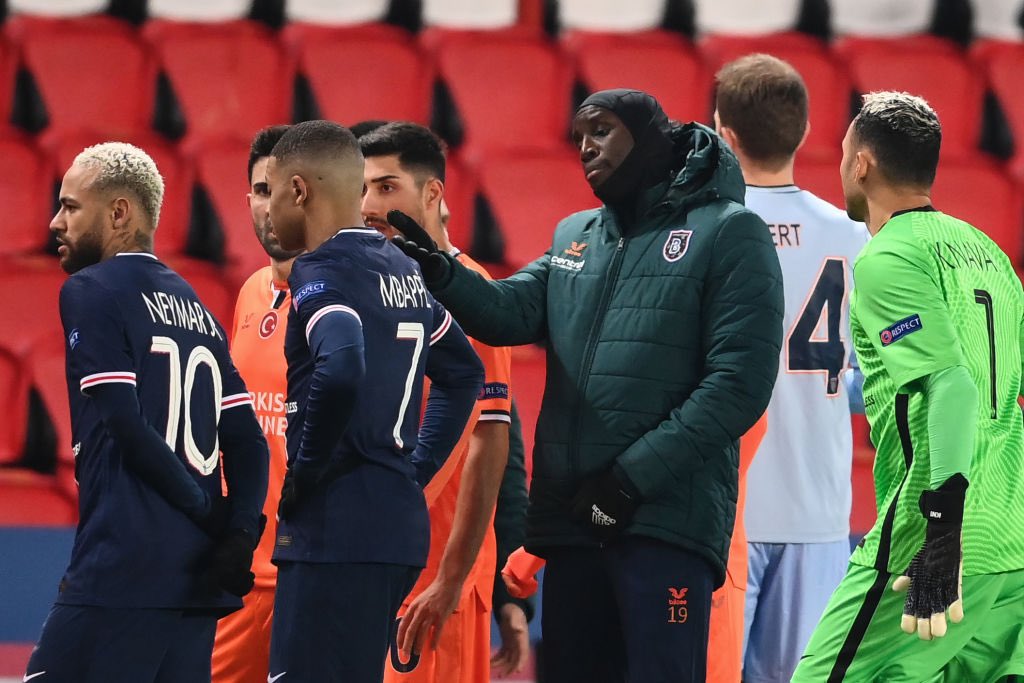 Tuesday’s Champions League meeting between Paris Saint-Germain and Istanbul Basaksehir has been plunged into chaos when the Turkish side stormed off the field early in the first half, alleging that the club’s assistant coach had been racially abused by a match official.

Basaksehir assistant Pierre Webo, an ex-Cameroon international striker, was involved in a furious exchange with the fourth official, who had instructed the referee to send Webo off after he protested a call on the pitch. 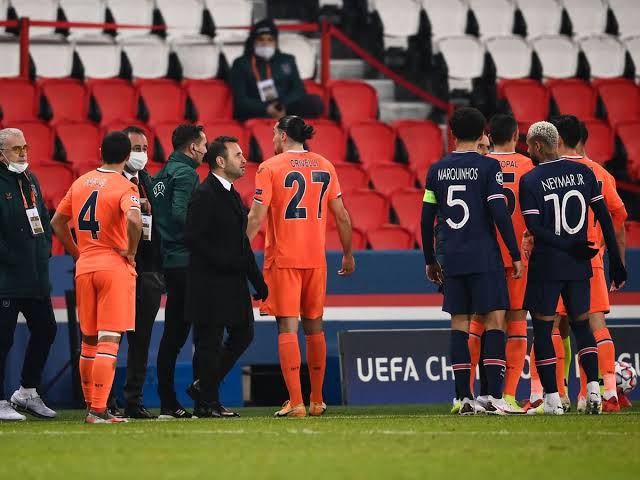 Webo and his club accused the fourth official of racial abuse in how he identified the Basaksehir assistant to the match referee.

Television microphones picked up a furious Webo repeatedly asking why a racist term had been used to describe him.

The game at the Parc des Princes stopped in the 14th minute, with the players walking off about 10 minutes later.

Basaksehir’s Senegal international striker Demba Ba, among the substitutes for the away side, could be heard remonstrating, saying;

Basaksehir’s players refused to continue playing, and after a short spell inactive on the pitch decided to retreat to the dressing rooms in protest.

PSG’s stars followed suit in solidarity with their rivals, leaving the Champions League clash in limbo.

The match, being played behind closed doors because of the coronavirus pandemic, is decisive for PSG who need a draw to clinch qualification for the last 16 from Group H, which also contains RB Leipzig and Manchester United. 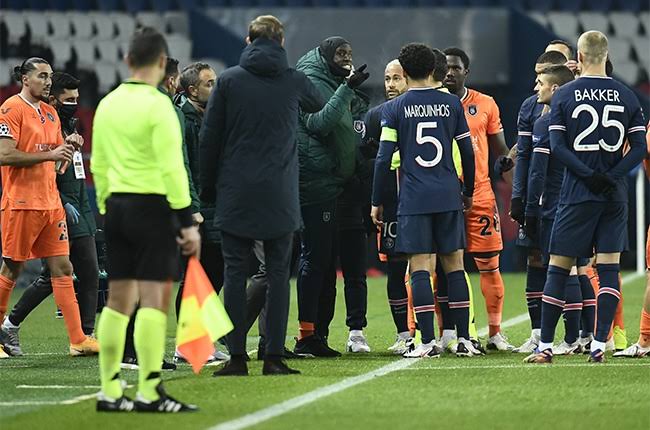 In reaction to this, Union of European Football Associations (UEFA) said it will be conducting a thorough investigation into the alleged racism, saying racism and discrimination in all its forms, has no place within football.

The football union body added that following discussion with both clubs involved, the remaining minutes of the match will be played today at 18:55 CET (6:55pm Nigerian time) with a new team of match officials.

UEFA is aware of an incident during tonight’s Champions League match between Paris Saint-Germain and Istanbul Basaksehir and will be conducting a thorough investigation.

Racism, and discrimination in all its forms, has no place within football.
#NoToRacism

UEFA has – after discussion with both clubs – decided on an exceptional basis to have the remaining minutes of the match played tomorrow with a new team of match officials. The kick-off has been set at 18:55 CET.

Watch a video for the incident below;

‘What Would I Do Without Uncle TJ?’ – Davido Mourns Death Of Personal Bodyguard Of 11 Years (photos)