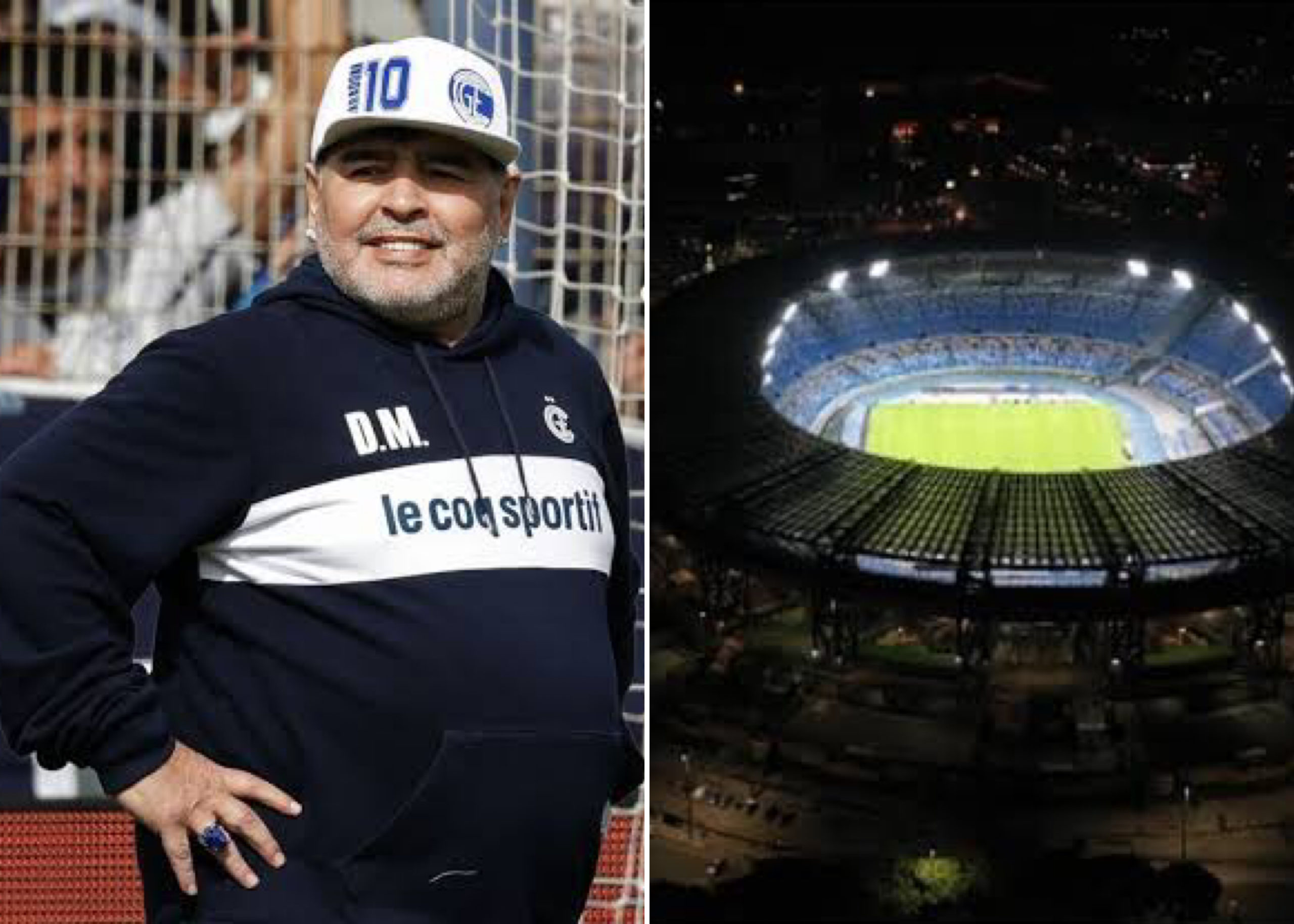 This is in honour of the football legend, Diego Armando Maradona who passed away on November 25 in Tigre, Argentina at 60.

Maradona, widely regarded as one of the greatest footballers of all time, was recuperating from the removal of a blood clot in the brain but he passed away as a result of a cardiac arrest he suffered.

The resolution was proposed by the club’s president, Aurelio de Laurentiis and backed by Naples mayor, Luigi De Magistris within hours after Maradona’s death but the city council has now approved the renaming process.

Maradonal led Napoli to two Serie A titles during his seven-year run with the club from 1984 to 1991 and is seen by football fans and locals in Naples as a revered figure.

The city government in a statement stated that “the decree was signed by the entire city council”.

The statement hailed Maradona as;

The greatest footballer of all time who, with his immense talent and magic, honoured the Naples jersey for seven years, offering it two Italian league titles and other prestigious trophies, and receiving, in exchange, the eternal and unconditional love of the entire city.

Napoli have already paid homage to Maradona as players each wore a shirt with ‘Maradona 10’ on the back in a Europa League game the day after his death.

The club’s next home game will be next Thursday in the Europa League against Real Sociedad.

Duncan Mighty Says DNA Proves He Is Not The Father Of 4-Year-Old Daughter, Mitchell