Man Wakes Up Blind After Contracting New Strain Of Coronavirus 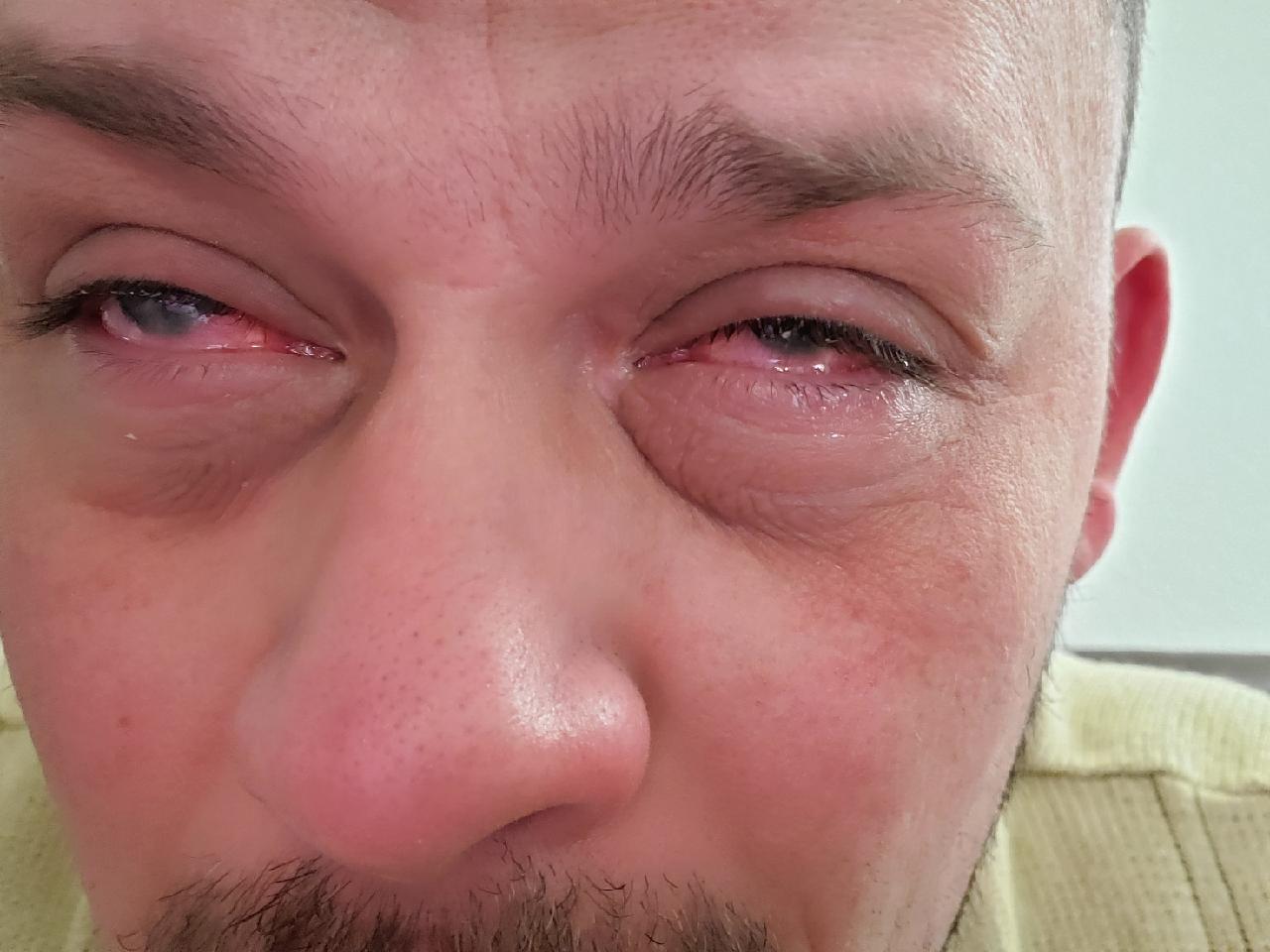 As health experts around the world work tirelessly to figure out a new strain of coronavirus, a lady has taken to social media to share details of her brother’s ordeal after he contracted the mutated virus.

The lady who tweets with the handle @Jennydissents revealed on Sunday that her brother woke up blind after he got infected.

My brother has a mutated strain of Covid-19; he woke up BLIND & an ambulance took him to the ER. I guess it’s a rare strain; less than 10% get it. They have no idea how much of his sight he’ll recover. Hopefully all! How terrifying!.

My brother has a mutated strain of Covid-19; he woke up BLIND & an ambulance took him to the ER. I guess it’s a rare strain; less than 10% get it. They have no idea how much of his sight he’ll recover. Hopefully all!

The lady then went ahead to share a photo of her brother’s eyes which looked reddish with tears.

On Sunday, British Health Secretary Matt Hancock said the government imposed a strict Christmas lockdown in London and southeast England because a newly identified strain of coronavirus was going “out of control”.

The new development has forced many European countries like Germany, Ireland, Italy, Austria, Romania, The Netherlands and Belgium to beef up measures against the new variant of COVID-19 by banning international flights to and from UK.

According to reports, scientists first discovered the new variant in a patient in September.

Following initial research, the mutant strain appears to be much more contagious than existing types of the coronavirus, although officials have said it doesn’t appear to cause more severe symptoms.

All viruses mutate all the time, so it is not unexpected that this new variant has emerged.

UK experts say the new COVID-19 strain “moves fast and is becoming the dominant variant”, causing over 70% of infections in London by December.

The strain is also a matter of concern because it has so many mutations – nearly two dozen – and some are on the spiky protein that the virus uses to attach to and infect cells. That spike is what current vaccines target.

The variant can be found across the UK, except Northern Ireland, but it is heavily concentrated in London, the South East and eastern England.

Dr Bharat Pankhania, Senior Clinical Lecturer at Exeter University said “urgent action” needed to be taken and that previous responses had been far too reactive than proactive.

It’s not clear whether the virus mutated in the UK or was merely detected there first thanks to the country’s world class genomic analysis facilities.

Scientists first warned UK government about the new strain on Friday, and by going over past tests say it has been circulating at least as early as September.

It wasn’t until this week that officials felt they had enough evidence to declare that it has higher transmissibility than other circulating viruses.

COVID-19: UK To Close All Travel Corridors From Monday