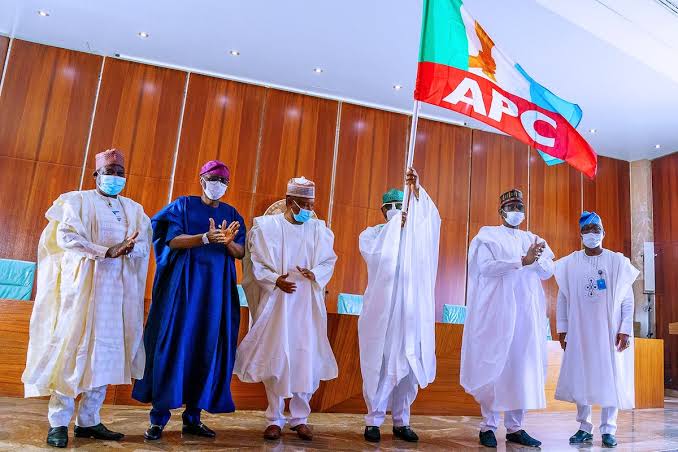 National Executive Committee (NEC) of the ruling All Progressives Congress (APC) has extended the tenure of the caretaker committee by six months – June 2021.

The extension of the tenure of the committee is part of the decision taken at the virtual national executive committee of the All Progressives Congress held at the presidential villa in Abuja with governors and others joining virtually.

It would be recalled that President Buhari during an APC emergency National Executive Council (NEC) meeting on June 25 dissolved the NWC and created the Caretaker Committee.

The NWC was dissolved as a result of crisis that plagued the party emanating from the suspension of the former National Chairman of the party, Adams Oshiomhole.

In addition, NEC directed new members of APC to be granted waivers so they can contest for elections without having to wait for two years which was done previously.

The committee urged the opposition Peoples Democratic Party (PDP) not to politicize insecurity but to collaborate with the government to end the insurgency affecting the country.