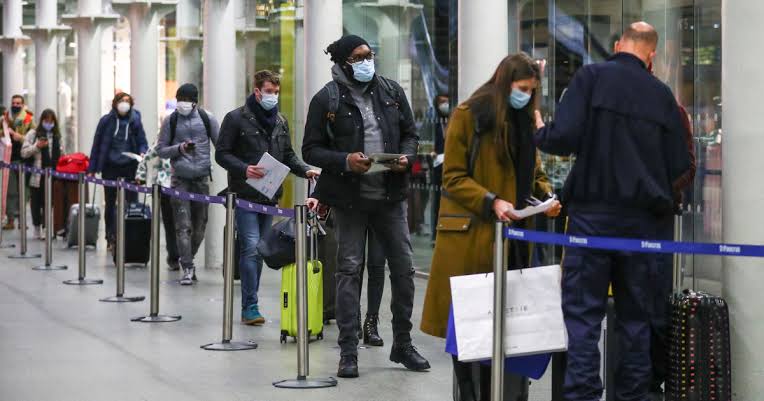 France and Lebanon have confirmed their first cases of the new coronavirus variant recently discovered in the United Kingdom, health authorities said.

The new strain of the virus, which experts fear is more contagious, has prompted more than 50 countries to impose travel restrictions and strict lockdown measures in UK.

The French health ministry said a French man who arrived in France from the British capital, London, on December 19 had tested positive for the new variant on Friday.

He had no symptoms and was isolating in his home in the central city of Tours. Authorities have carried out contact-tracing for the health professionals taking care of the patient, the ministry said. Any of their contacts that were seen as vulnerable would similarly be isolated, it said.

In addition to this first case, several other positive samples that “may suggest the VOC 202012/01 variant are being sequenced” by specialist laboratories of the national Pasteur Institute.

Meanwhile, in Lebanon, the country’s caretaker health minister, Hamad Hassan on Friday said a case of the new variant was detected on a flight arriving from London.

Middle East Airlines flight 202 arrived on December 21, Hassan said, urging all passengers on the flight and their families to take precautionary measures.

Italian authorities have detected the new strain in a patient in Rome, while Japan reported five cases in passengers arriving from UK.

Also, Singapore confirmed one case of the new variant, while the World Health Organization (WHO) reported that nine cases have been detected in Denmark as well as one each in the Netherlands, Australia and Nigeria.

More than 50 countries have banned travel from the UK after British Prime Minister, Boris Johnson imposed a strict lockdown in London and warned that the new variant could be up to 70 percent more transmissible.

The United States on Thursday said it will require all passengers arriving from UK to present a negative COVID-19 test for entry, while China suspended all flights from Britain over the new strain.

While, Lebanon, with an estimated population of six million people, has reported more than 165,000 cases and 1,000 deaths as a result of COVID-19.

20 Doctors Died From Coronavirus In One Week – NMA