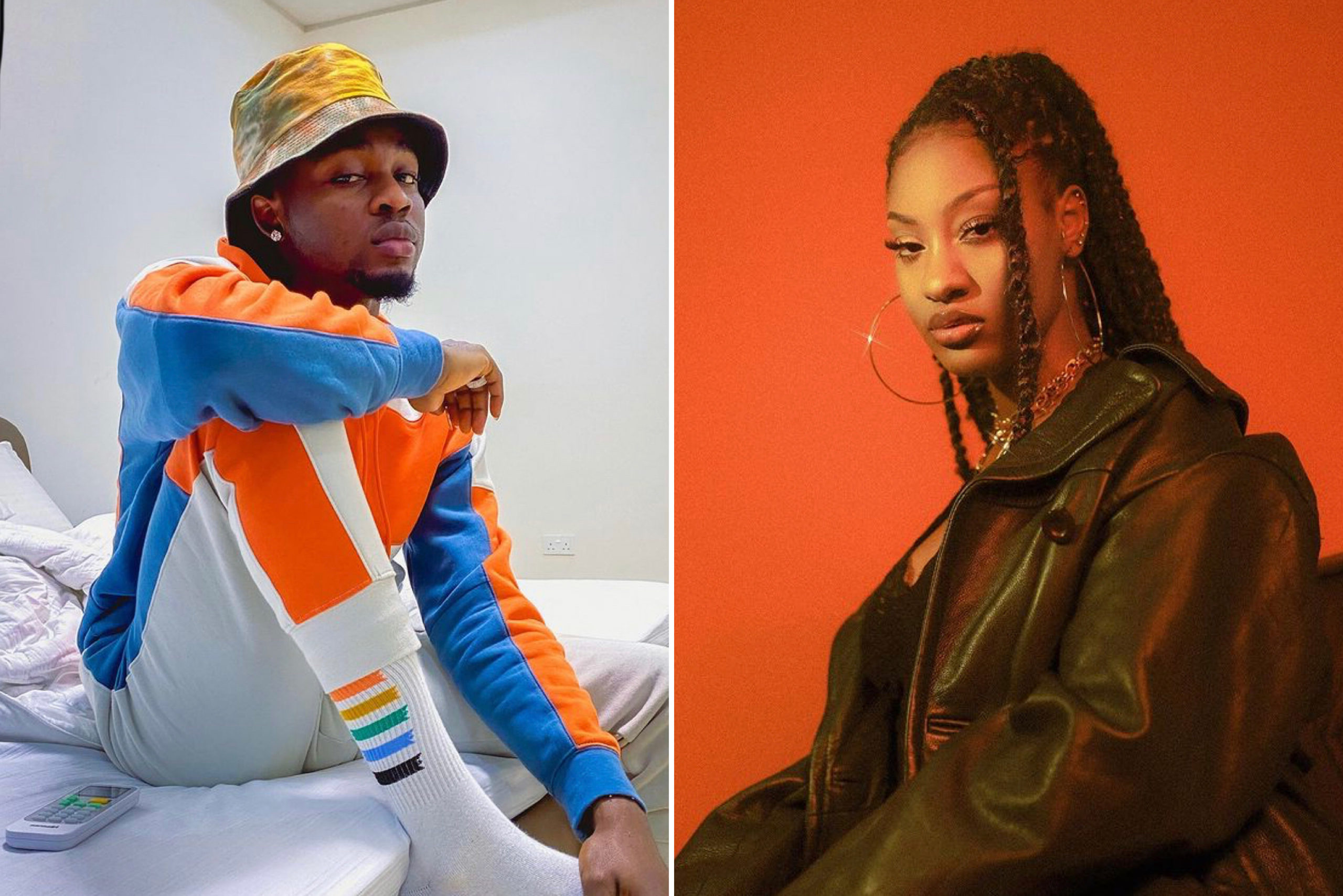 Ugandan Police Force has released a statement revealing why Nigerian singers, Omah Lay and Tems were arrested via its verified Facebook account.

The singers were arrested earlier in the day few hours after the duo separately performed at the same concert in Kampala.

In the statement signed by the Public Relations Officer of the Kampala Metropolitan Police; Superintendent of Police, Patrick Onyango, the singers were arrested for flouting COVID-19 guidelines.

Onyango also mentioned that three Ugandan police officers were arrested for conniving with the organizers of the event to break the law.

All suspects are being held on offence of doing acts that are likely to cause the spread of infectious disease, which is Coronavirus. It is also alleged that the suspects and others still at large held a concert in violation of the guidelines of the Ministry of Health.

The Police Public Relations officers stated that the culprits’ file was being processed so that they can be charged to court.

It is alleged that the organizers of the concert first held lunch and dinner, but later on, at night they started inviting artistes to perform. Preliminary investigations indicate that they connived with area police officers, who guarded the illegal event. The arrested officers and three others still at large are also being investigated for disobeying lawful orders. All suspects are detained at Katwe Police Station in Kampala as their files are being processed so that they can appear in court.

After the outbreak of Coronavirus in the country, the Ministry of Health issued guidelines suspending concerts attended by revellers in order to stop the spread of the deadly virus. The guidelines still stand.

We condemn the acts of some selfish individuals, who are bent on violating the directives on COVID-19 with the purpose of making money while risking the lives of many Ugandans. We appeal to members of the public to adhere to the Ministry of Health guidelines on the prevention of the spread of COVID-19. 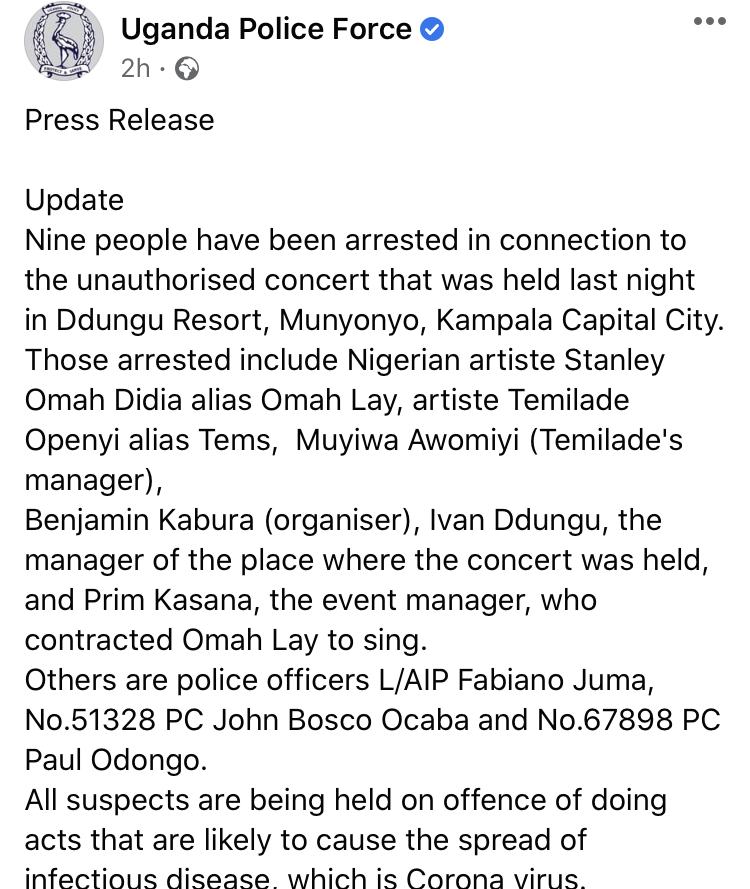 Meanwhile, many fans of the artistes through the hashtag #FreeOmahlay and #FreeTems have since their arrest demanded for the unconditional release of the duo.