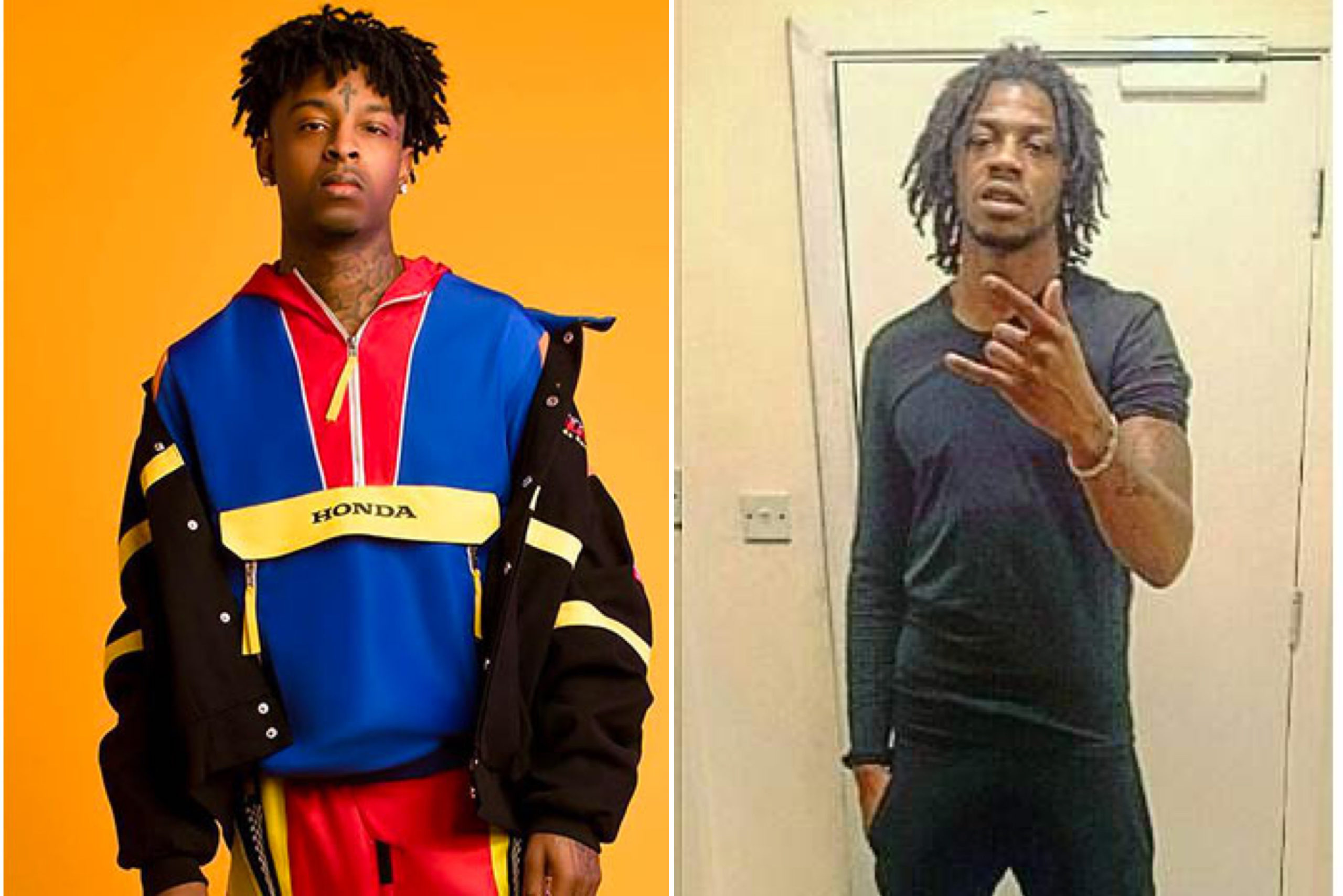 Rapper, 21 Savage has mourned the death of his younger brother, Terrell Davis, who was reportedly stabbed to death “during an argument with a friend” in London, United Kingdom.

The 27-year-old man was killed at Blenheim Gardens estate in Brixton on Sunday, November 22.

A family source said Davis, a drill rapper known as TM1way, was taking some shopping items to his grandmother when he got into an argument with an old friend, who suddenly lunged forward and stabbed him, People reports.

He was found suffering from a stab wound just before 6pm that night but when Police arrived, he was pronounced dead at the scene.

However, 21 Savage emigrated to the US as a seven-year-old child with his mother but the brothers have the same father, Kevin Emmons.

Confirming the death, 21 Savage wrote a heart-breaking tribute to his “baby bro” on Instagram.

Can’t believe somebody took you baby bro. I know I took my anger out on you I wish I could take that s*** back.

He also posted a picture of him and his brother as young boys – as well as a series of more-recent images of Davis.

They are brothers. They used to speak on the phone quite a bit and on WhatsApp. I don’t think Savage has been back to Britain for a while because he’s had some legal problems in the US.

He’ll be devastated, however, the whole family are. Terrell was a good guy, he used to live on the estate but had moved away.

But he was round visiting his grandmother yesterday and had gone to the shops for her as she’s elderly and we are in the middle of a pandemic.

He was coming back to the house when he saw an old friend. This was someone he’d known for a long time.

They started arguing over something and then suddenly he stabbed him. It was completely out of the blue.

Terrell didn’t have any enemies that I knew of and he wasn’t involved with any gangs. He just focused on his music.

He was really good rapper and was on the verge of doing big things. He wanted to be like his brother. Everyone is in shock.

The Metropolitan Police said there had not yet been any arrests for the killing of Davis, as at the time of filing this report.

His brother’s death comes more than a year after the Atlanta-based rapper was arrested by U.S immigration officers last year due to his visa expiring in 2006. The 28-year-old artist was later released from custody after paying a $100,000 bond.

21 Savage previously lost his brother, Quantivayus Joseph, in a fatal shooting, according to a 2016 profile of Savage in The Fader. Savage got a tattoo of a dagger on his face in honor of his late sibling.

Six Foreigners, One Nigerian Sentenced To Seven Years In Prison For Oil Theft