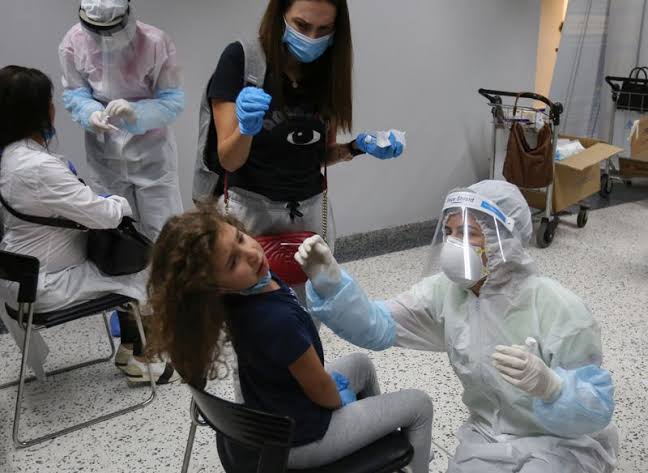 Lebanon has started a new two-week lockdown on Saturday after coronavirus infections crossed the 100,000 mark in a country where hospital capacity has become saturated.

The capital’s roads were largely empty and police checkpoints had been set up at several locations, while the seaside promenade often thronging on weekends was deserted, an AFP photographer said.

The airport however remained open, as did essential businesses.

Under the measures announced, during the day people were to stay home unless they were granted an exception, and only cars with certain number plates were allowed on the roads.

Health ministry on Thursday has started that Lebanon, with a population of around six million, has been recording some 11,000 coronavirus infections on average each week.

A first country-wide lockdown imposed in March was effective in stemming the spread of the virus, and restrictions were gradually lifted as summer beckoned people outdoors.

But the number of coronavirus cases surged following a monstrous blast at Beirut’s port on August 4 which killed more than 200 people, wounded at least 6,500, and overwhelmed hospitals.

The new restrictions are set to last until November 30 but the authorities have said they could be extended, as they fear the health system would not be able to cope with many more cases needing intensive care.

Said al-Asmar, a pulmonologist at the main public hospital in Beirut dealing with Covid-19 cases, warned on Friday that; “The situation is critical and getting worse”.

Sometimes patients need intensive care, but we have to leave them in accident and emergency.

World Health Organization said at the end of October that 88 percent of Lebanon’s 306 intensive care beds were occupied.

On Thursday, Qatar sent two planes carrying medical equipment to Lebanon to equip field hospitals in the southern city of Tyre and the northern city of Tripoli, each with 500 beds.