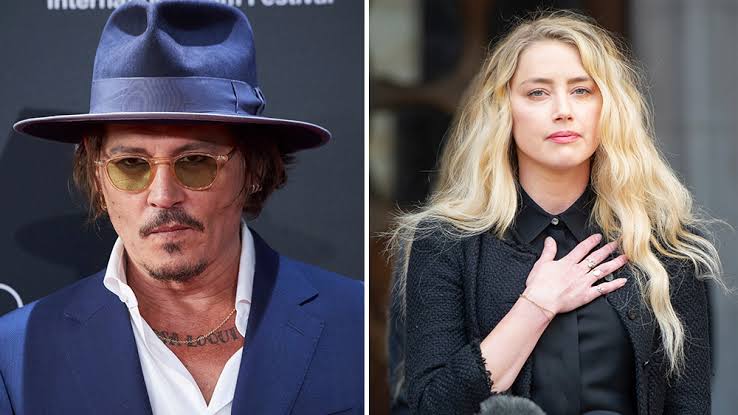 Hollywood actor, Johnny Depp has on Monday lost his court case against a British newspaper, The Sun after the newspaper described him as a “wife beater”.

The publication claimed there was “overwhelming evidence” that he had assaulted the actress Amber Heard repeatedly during their marriage.

Depp, 57, had sued the Sun’s publisher, News Group Newspapers (NGN), and its executive editor, Dan Wootton, over an article published in The Sun that originally carried the headline, “Gone Potty: How can JK Rowling be ‘genuinely happy’ casting wife beater Johnny Depp in the new Fantastic Beasts film?”

The assaults included head-butting Heard, 34, repeatedly hitting her and tearing out clumps of her hair, wrote Andrew Nicol, the British judge who heard the case, in a ruling issued online on Monday following a 16-day trial, London’s High Court back in July.

In dismissing the case, Justice Nicol said the defendants had shown that what they published was “substantially true”.

The assaults “must have been terrifying,” the judge wrote regarding incidents in March 2015 in Australia, in which Heard said that Depp assaulted her several times, including smashing a telephone beside her face.

Justice Nicol stated that he accepts that Depp put her in fear of Amber Heard’s life.

The judge also acknowledged the risk Heard had taken in speaking up about the violence, saying;

I also accept that Ms. Heard’s allegations have had a negative effect on her career as an actor and activist.

The high court dismissed the claim by the Pirates of the Caribbean star for compensation at the end of one of the most widely followed libel trials of the century.

His lawyers said he will most likely appeal against the “perverse and bewildering decision”.

In the 129-page ruling, the judge, Justice Nicol, said;

The claimant [Depp] has not succeeded in his action for libel … The defendants [the Sun and News Group Newspapers] have shown that what they published in the meaning which I have held the words to bear was substantially true.

I have found that the great majority of alleged assaults of Ms Heard by Mr Depp have been proved to the civil standard.

He also said he accepted Heard’s evidence that the allegations she made against Depp “have had a negative effect on her career as an actor and activist”.

The long-awaited decision was published online at 10am on Monday, more than three months after the high court hearing finished in late July.

Depp is currently suing Heard for defamation in the United States over an opinion article that she wrote for The Washington Post under the headline “I spoke up against sexual violence — and faced our culture’s wrath. That has to change”.

He says the article led to his being dropped from the “Pirates of the Caribbean” movie franchise.