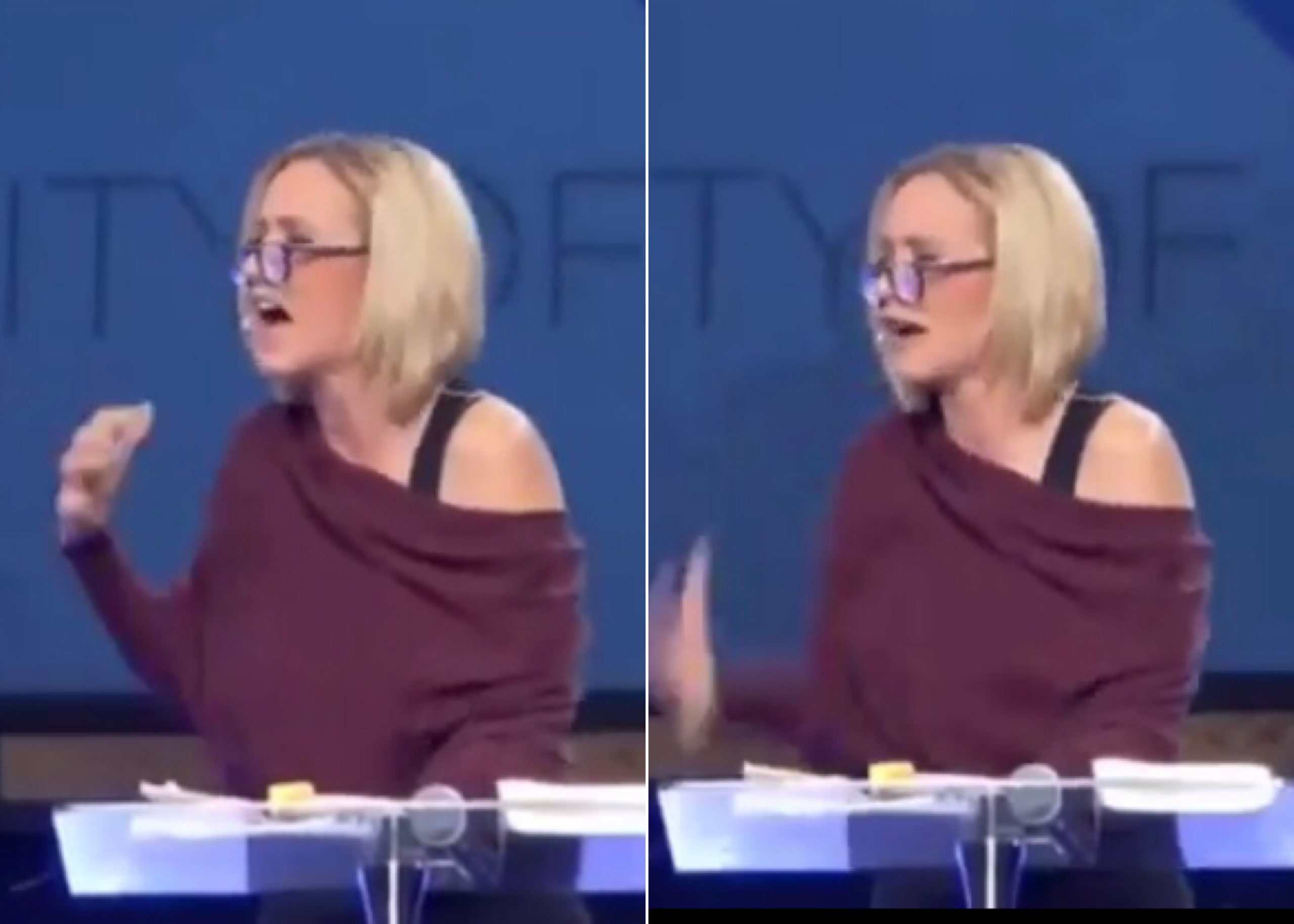 Paula White-Cain, US President Donald Trump’s spiritual adviser, has said there are spiritual conspiracies working against the presidential election.

Hoping for a miracle, presidential spiritual advisor, White-Cain, led an impassioned prayer service in an effort to secure Trump’s reelection.

Speaking during a prayer session that held at the City of Destiny on Wednesday, White-Cain claimed the election is not political but a spiritual battle between the forces of good and evil.

Her prayers come amid claims by Trump that the election has been stolen by his opponent, Joe Biden, who appears to be leading the election, as at the time of filing this report.

The evangelist further prayed against “every demonic win” that is not of the will of God, stressing;

Anything that has been hijacked by media, by adverts, by political means… we break it right now. I secure righteousness in this election, in the White House.

Anyone working in high levels of demonic conspiracies and they think they have things figured out right now, let it be exposed in the superior blood of Jesus Christ.

We release the whirlwind to scatter those who come against the outcome of this election.

White-Cain praying further said angels were being dispatched from Africa and South America to see to Trump’s victory at the polls, adding that “God says it is done”.

Watch a video of her prayer below;

Paula White battles the “demonic confederacies” that are attempting to steal the election from Trump. pic.twitter.com/Bt3BJOkJIV

White-Cain’s pattern of prayer points has since sparked hilarious reactions from Twitter users, who mocked her for summoning Angels from Africa and South American where Trump has expressed some racial slur against.

See some of the funny reactions from Twitter users below;

I thought he wanted to build a wall between the U.S and Latino’s. All of a sudden he has found love with them 🤣.. interesting

I love, no scratch that, LOVE this shit.

Televangelists exposing how awful they are as human beings is the one bright spot in the apocalyptic nightmare that the Trump administration has been.

Here I am getting American angels to invest in Africa when my timeline is telling me it’s about African angels heading to the U.S.

African angels? The same Africa trump refused to let into his country. What a joke. Joe Biden is so winning

Crooked politicians what a sad day for America. God is not happy with the Democratic party. He is sending out warring Angels to battle the forces of darkness

Why are they calling our angels from Africa? What if anything happens suddenly and we need them?

This is unfair. We already have limited resources. https://t.co/0bEoxLsuZn

She really wants angels dispatched from “Africa”? Una for caution am oh.

This 👇 angels are being despatched from Africa apparently. Maybe they’re acceptable..and Africa isn’t a shithole anymore. Who knew? https://t.co/X1w35dYtaP

Angels from Africa are going to the USA? 😂😂 To do what? Make Trump win? I hope it is not the spirit of dictators she is summoning! https://t.co/AnuhUn36mB

I dunno who gon tell her that the angels in Africa gat their hands full babe. That’s that. pic.twitter.com/RAutBRTSL6

The angels from Africa were denied visa.
Sorry sis.

Others are busy helping their presidents too.
No election intervention

ASUU Strike Continues As Meeting With FG Ends In Deadlock

COVID-19 Infections To Spike Up In Next Two Weeks – FG