#EndSARS: UK Parliament To Debate Petition Against Nigeria On Monday 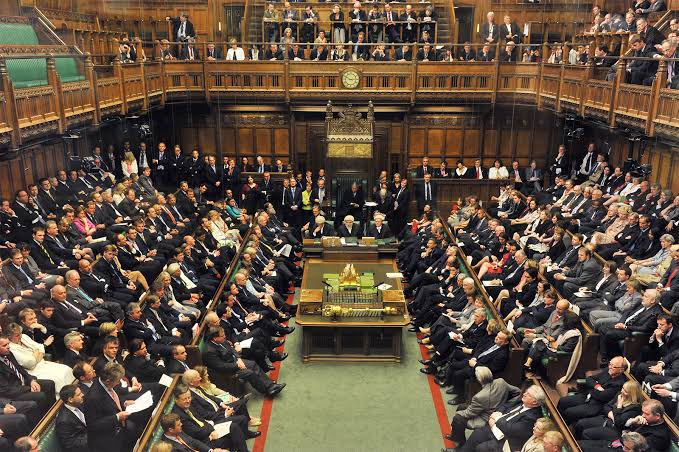 United Kingdom Parliament has said a petition seeking sanctions against the Nigerian Government and Police Force over alleged human rights violations during the #EndSARS protests would be debated on Monday, November 23.

The parliament made this known on its website, saying that the debate would be led by Theresa Villiers at the Westminster Hall between 6:00 pm and 7:30 pm, adding;

You will be able to watch online on the UK Parliament YouTube channel.

According to the debate pack captioned “E-petition 554150, relating to Nigeria and the sanctions regime,” the Parliament also referenced the shooting of #EndSARS demonstrators at Lekki tollgate on October, 20 as one its press articles.

On 6 July, the Government established the Global Human Rights sanctions regime by laying regulations in Parliament under the Sanctions and Anti-Money Laundering Act 2018.

In a statement to Parliament, the Foreign Secretary set out in full the scope of the UK’s new Global Human Rights sanctions regime. He announced the first tranche of designations, as well as the Government’s approach to future designations.

The petition created by one Silas Ojo sought to get 100,000 signatures and it has garnered 220,315 signatures, according to the UK Parliament’s website.

According to information obtained from the UK parliament’s website, any petition signed by over 100,000 individuals will be considered for discussion.

Part of the petition reads;

There have been deeply concerning reports of a Nigerian police force unit engaging in illegal activities and human rights abuses, and there have also been reports of police firing at protestors calling for SARS to be disbanded. Implement sanctions against the Nigerian Government and officials.

The Government should explore using the new sanctions regime that allows individuals and entities that violate human rights around the world to be targeted, to impose sanctions on members of the Nigerian government and police force involved in any human rights abuses by the Nigerian police.

Deploying sanctions would provide accountability for and be a deterrent to anyone involved in violations of human rights.

Early last month, thousands of Nigerians thronged to the streets, calling for an end to police brutality and extra-judicial killings by the now-defunct Special Anti-Robbery Squad (SARS).

A largely peaceful demonstration in several parts of the country, however, ended abruptly following violence with arson, looting and killing of security personnel and civilians alike after hoodlums attacked the protest and protesters as well.

NLC, TUC Stage Walk Out From Meeting With FG