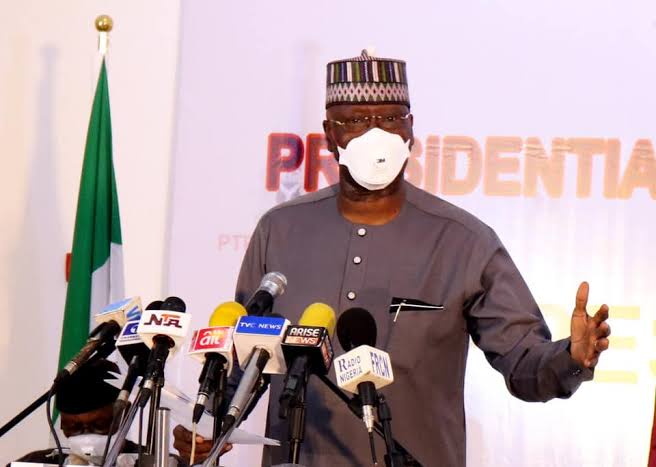 Boss Mustapha, chairman of the presidential task force (PTF) on COVID-19, has advised Nigerians to suspend travel during festive season to limit the risk of contracting and spending coronavirus.

Speaking at PTF media briefing on Monday, Mustapha said such trips should be put on hold because the transmission rate of the virus has become “astronomical”.

He expressed that new cases can emerge in places that have not been by affected if people travel and gather for festivities.

Ahead of the upsurge in travels for the Christmas and New Year festivities, we urge strongly that for this year, such trips should be put on hold firmly because of the risks involved. The transmission rate has simply become astronomical.

New clusters of cases can emerge in places that have so far been unaffected as people travel and gather for festivities. But we can lower the risks by adhering to the non-pharmaceutical measures and celebrate safely. There will always be many more festive seasons to celebrate.

Mustapha, who expressed worry about the spike in the infection rate in US and Europe, said Nigerians’ compliance with non-pharmaceutical measures is extremely low.

This is particularly so because our risk perception is low in-country. Our compliance with non-pharmaceutical measures is extremely low to the extent that Nigerians now think COVID-19 is no more.

The response of citizens to testing and detection is very low. The risk of importation will be higher with the opening of our airspace, and the numbers in Nigeria, though appearing low over the last two weeks, has been rising gradually.

Mustapha also expressed concern about international travellers who refuse to present themselves for testing on arriving the country, adding that such persons would be sanctioned.

Some that have paid for post-arrival testing have failed to show up for the tests,” the PTF chairman said.

The PTF is concluding steps to work with relevant institutions and legal authorities to impose appropriate sanctions on those that default on the protocols.

As at November 22, Nigeria Centre for Disease Control (NCDC) confirmed 66,383 infections, out of which 62,076 recoveries and 1,167 deaths have been recorded.