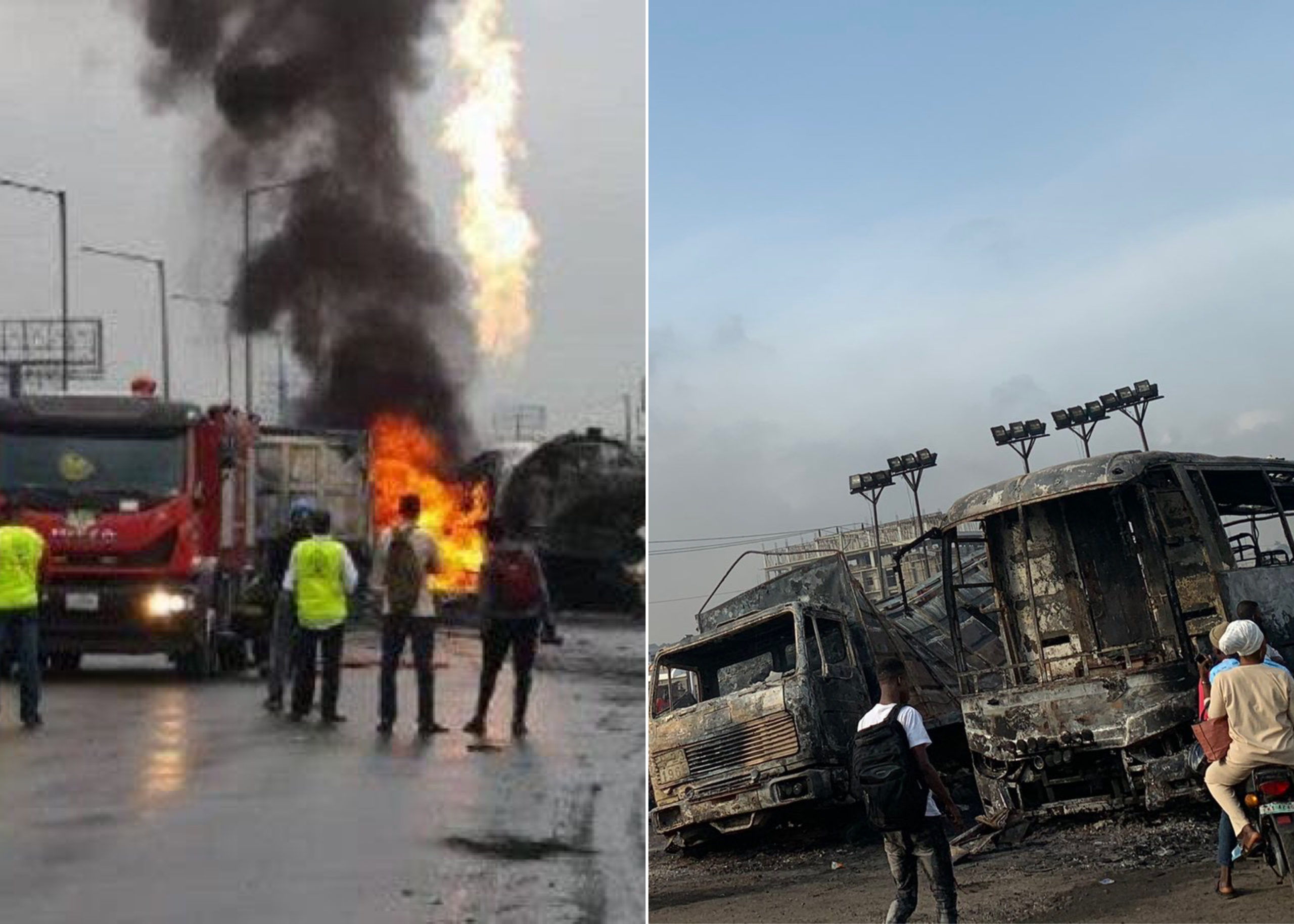 Federal Road Safety Corps (FRSC) has confirmed the death of two persons in the explosion of petrol tanker on Saturday morning on Kara bridge, Lagos-Ibadan expressway.

Oyeyemi described as unfortunate, but avoidable, the fatal crash that occurred at Kara bridge on the outward Lagos lane of the Lagos-Ibadan expressway, stating that the crash involved a single tanker fully laden with PMS.

He stated that frantic efforts were being made to curtail tanker explosions, pointing out that the crash investigation by FRSC personnel deployed for the rescue operation, revealed that the driver lost control of the vehicle as a result of a tyre pull-out which caused the tanker to skid on the expressway in a wild inferno.

From the crash investigation report submitted, a total of 2 male adults were killed and burnt beyond recognition. Destruction of properties caused by the fire also left 29 vehicles, parked by the roadside, burnt down completely.

Oyeyemi lamented the actions of hoodlums who prevented the combined rescue teams of the Fire Service and the FRSC from approaching the scene of the crash.

When our personnel got to the scene, they met teams of the Lagos State Fire Service who advised our men against approaching the scene of the crash.

The firefighters said they were equally deployed to the scene for the same reason, but on arrival they were chased away by some hoodlums, carrying dangerous weapons. Both teams had to run to the Isheri Division of the Nigeria Police for cover.

The Corps Marshal said that the Corps was seriously engaging critical stakeholders to find a lasting solution to tanker explosions on the roads, including enforcing the use of safety valves to prevent spillage after falls by tankers.

He called on governments at all levels to expedite action towards working out modalities that would support and hasten existing efforts on fleet renewal as most of the articulated vehicles on our roads were aged.

Oyeyemi urged the public not to panic as the crashed vehicles had been successfully removed from the road and all obstructions cleared with the road now opened to use.

We urge road users already on the Lagos-Ibadan expressway or intending users who have not explored alternative roads should please exercise caution and drive safe.

Avoid speeding, road rage and driving against the flow of traffic as FRSC wishes you a safe journey to our various destinations.

IGP Orders Use Of ‘Legitimate Force’ Against Violent Protests