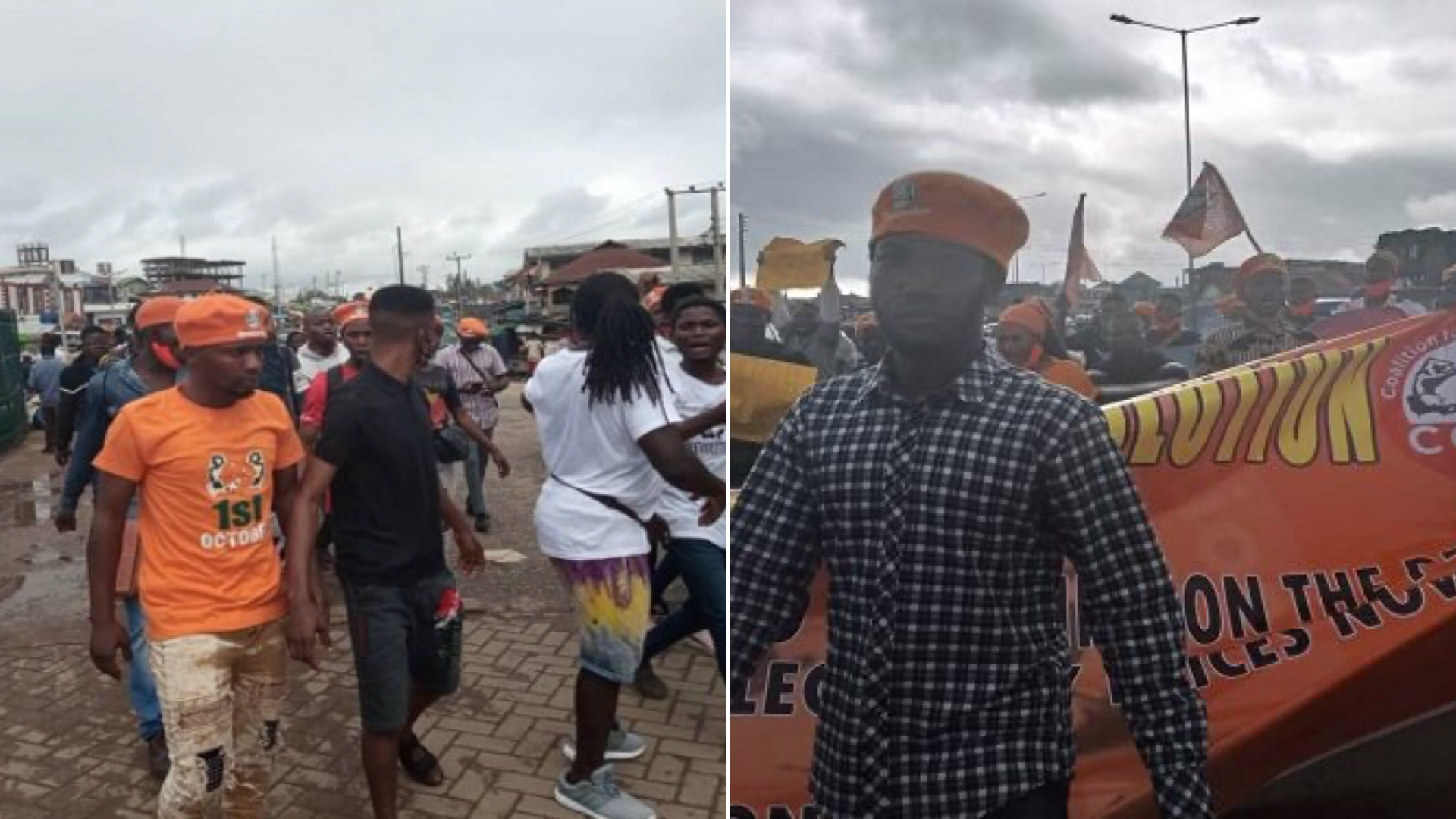 The protesters, who converged on Nelson Mandela Park, Old Garage around 9am, expressing their displeasure against bad governance in Nigeria, were dispersed almost immediately.

However, they regrouped at Oke-Fia junction and later marched through Old Garage, Orisunbare and Ola-Iya junction, chanting anti-government songs and distributing flyers stating reasons for their agitations.

The Coalition for Revolution codenamed #RevolutionNow, led by Omoyele Sowore, had in a statement before the protest called on the President Muhammadu Buhari to resign.

The Coalition for Revolution is calling on all Nigerians at home and in the Diaspora to come out en masse on, October 1, and participate in a massive peaceful protest to demand the reversal of anti-people policies implemented by the President Muhammadu Buhari-led administration.

It also comes at a time when there is an unprecedented dictatorial-style crackdown on free speech, dissent, activism, journalism and the right to associate and congregate peacefully and protest.

See some photos of protesters below; 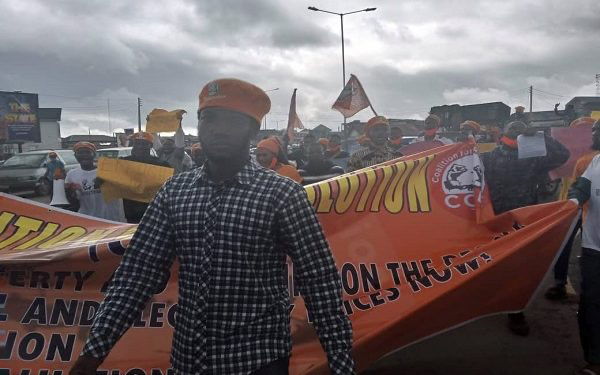 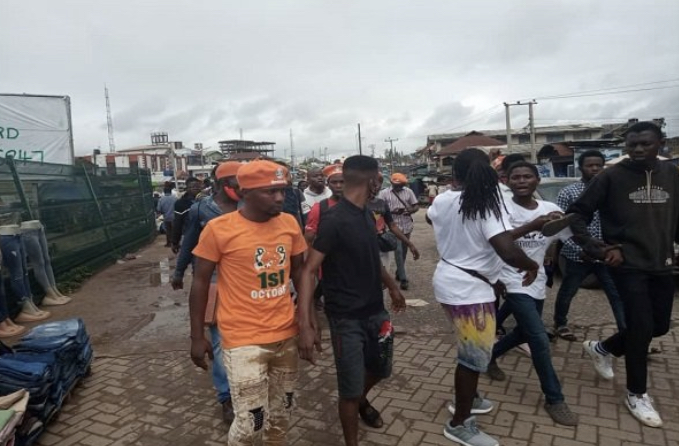 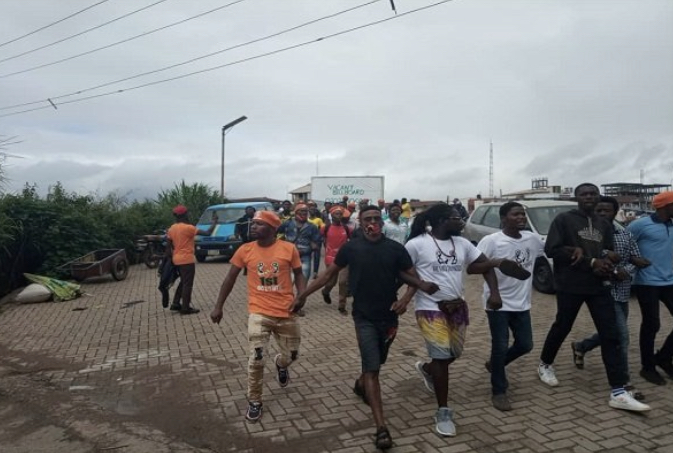