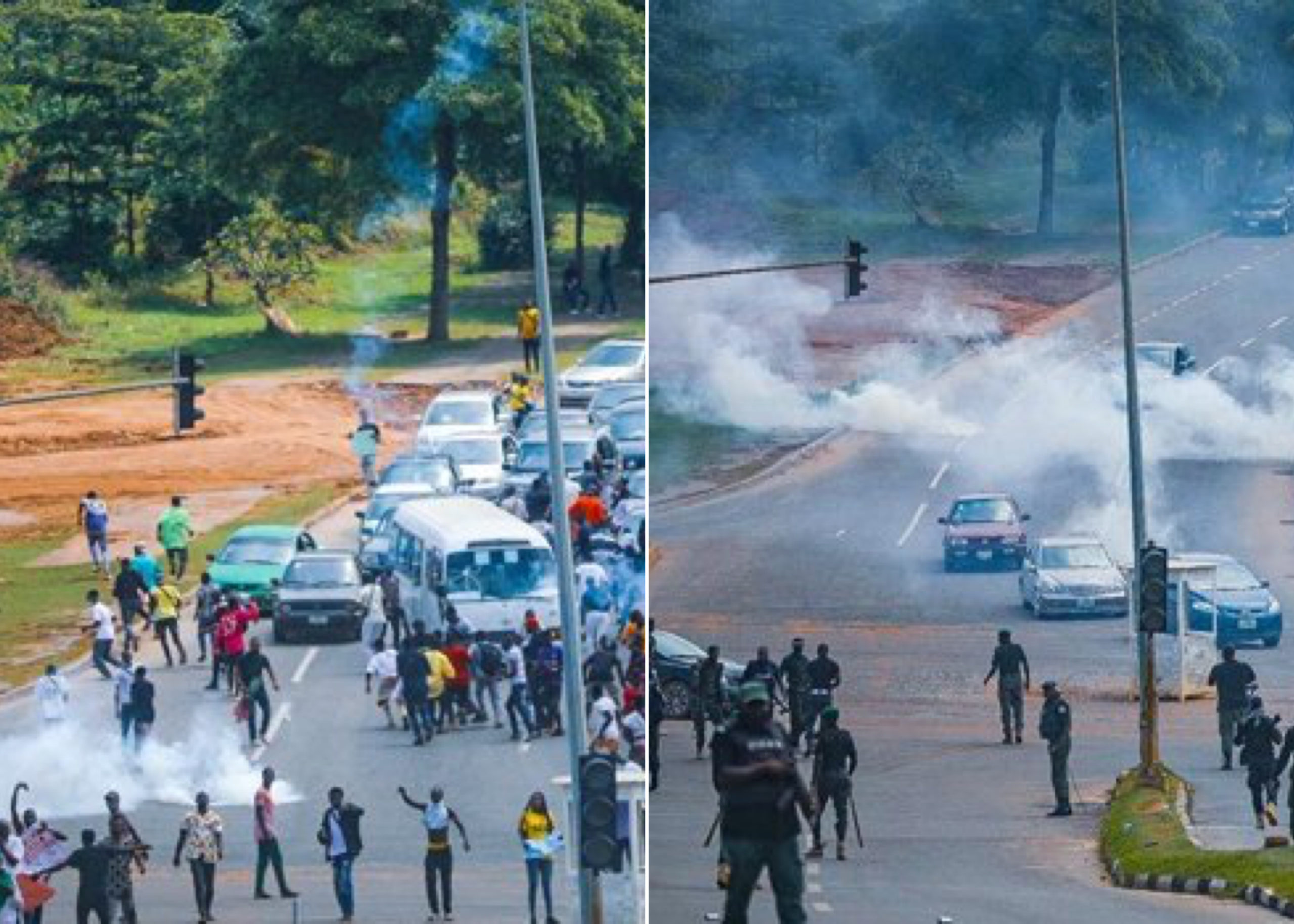 Policemen have on Monday fired tear gas at #EndSARS campaigners in Abuja, despite warning from the Inspector-General of Police, Mohammed Adamu, against deployment of force against peaceful protesters.

Some of the protesters who were around the busy Keffi-Abuja Expressway, Karu axis in the suburb of the nation’s capital were violently dispersed by the armed policemen.

The police officers chased the protesters away with horsewhips as they ran for cover in different directions.

The protesters, who are demanding an end to police brutality and extra-judicial killings, were also intercepted by the security agents at the John Kennedy Street as they attempt to march through the back gate of the Presidential villa.

Some passengers were forced to walk as some commercial vehicles stayed off the roads for fear of being stuck in traffic while the popular aya roundabout is occupied by officers of the Nigerian Police Force (NPF) and the Nigeria Security and Civil Defence Corp (NSCDC).

Also, police officers were stationed in front of the Central Bank of Nigeria (CBN) headquarters with Armoured Personnel Carrier and water cannons.

A female journalist was also assaulted by mobile police officer, who she named as Simon, while she was reporting the protest in Nyanya.

The lady working with BTV media stated that her recording equipments were destroyed while her phone was taken away.

There is no press freedom and human rights if men in Uniform can do this to a journalist in Abuja, for covering protests in Nyanya. This is why we say #EndSARS pic.twitter.com/rlxzM1G6mZ

Meanwhile, some of the protesters have also shut down other major roads in Abuja, including the Apo road, causing a massive traffic jam in the area.

Many vehicles on the access roads have been turning back, thereby causing more confusion and worsening the traffic situation.

See some photos and videos of the police attacking protesters and the journalist below;

Policemen beat Female Journalist in #AbujaProtests. She was harassed, her phone was taken and her recording equipments were destroyed

When will all of this stop? 😡#EndSARS pic.twitter.com/hg5fuXKtgp

Police Officers Beat Up This Female Journalist Today At Karu, Abuja. This Is Very bad! The #EndSARS Protests must continue until positive changes are made and put into effect. #ilorinprotest #TREM #AbujaProtests #EndPoliceBrutalityinNigera #EndBadGoveranceInNigeria @NigeriaGov pic.twitter.com/GATnt5jn1D 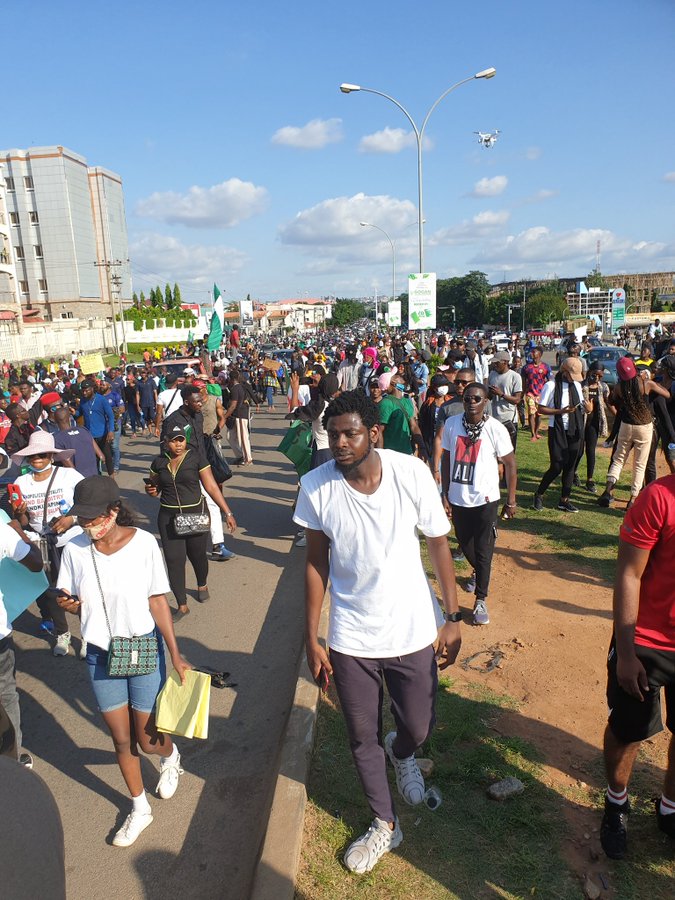 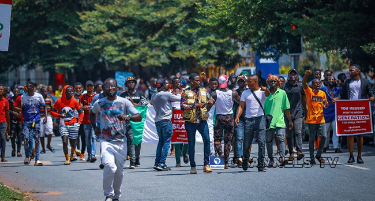 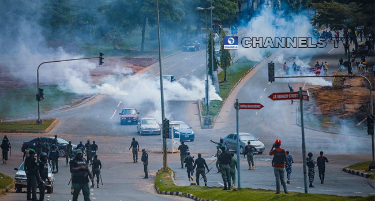 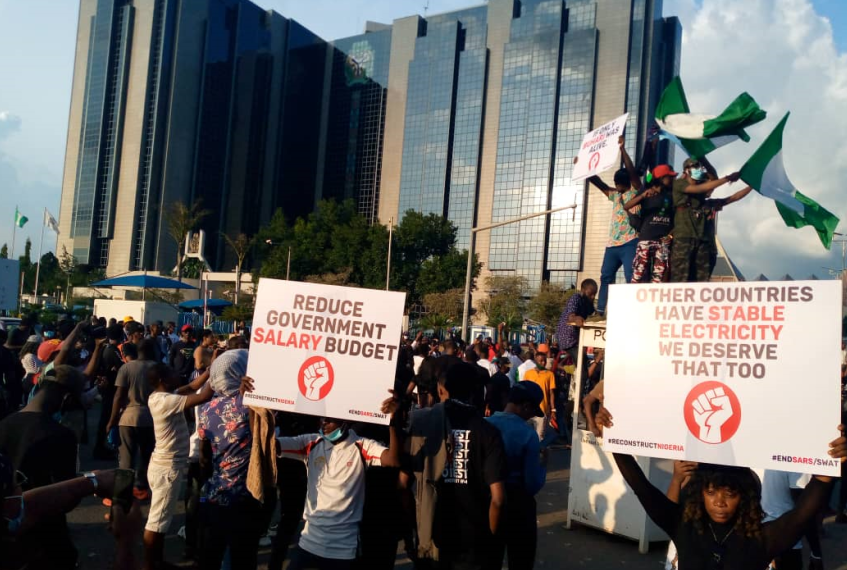 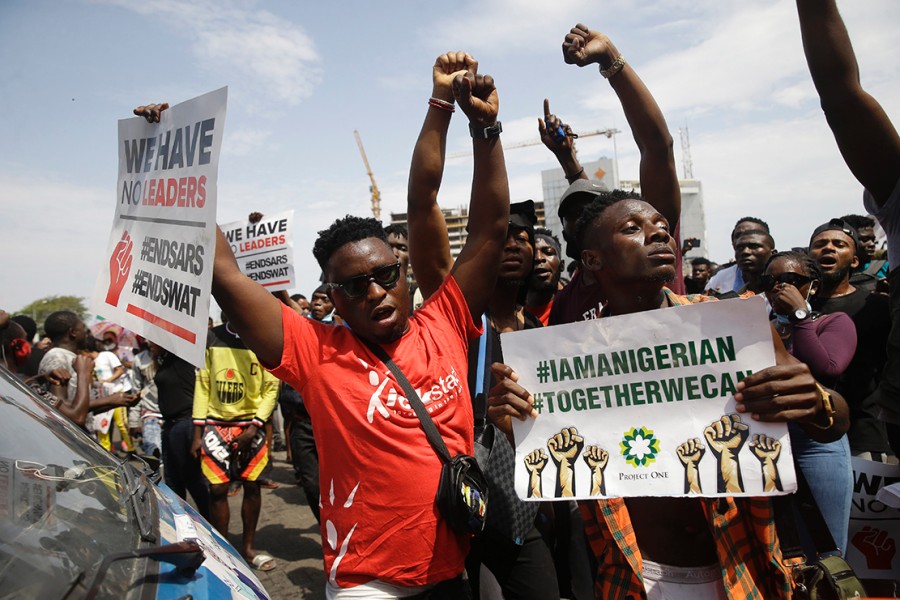 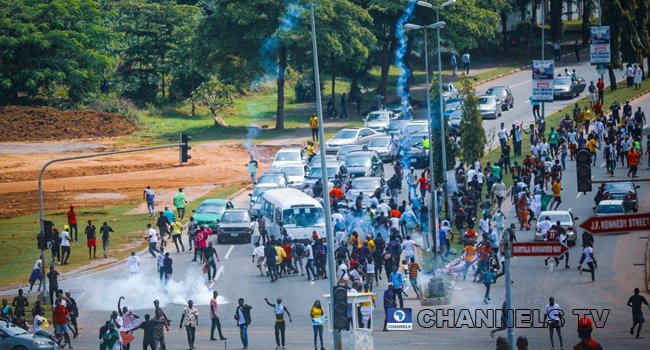 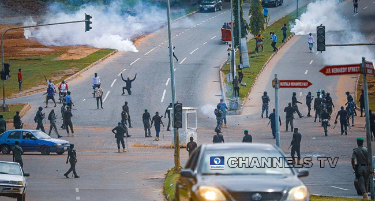