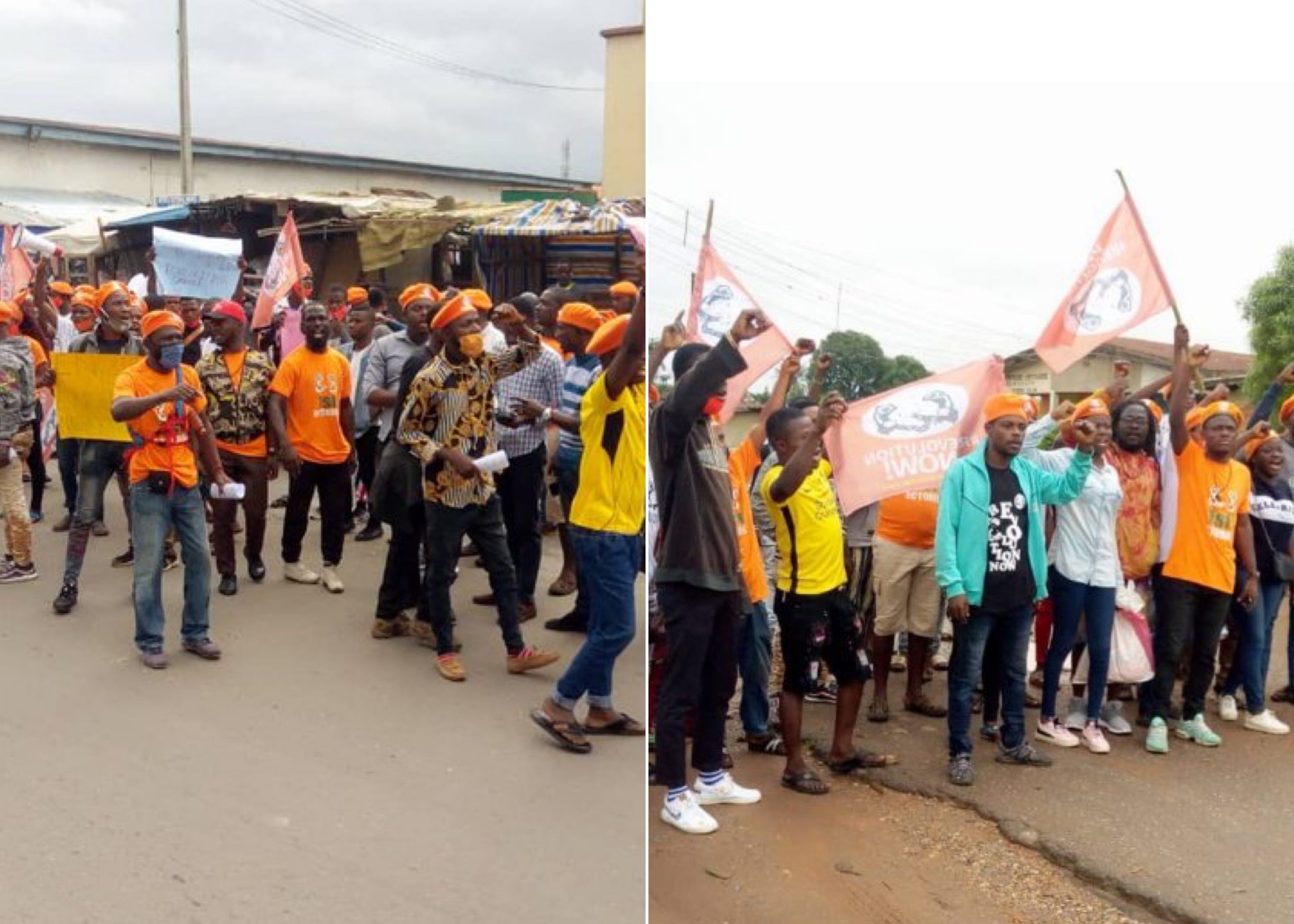 Lagos state Police Command has confirmed the arrest of 30 protesters who took part in the RevolutionNow demonstrations across the state.

This was contained in a statement released by the police spokesperson, Olumuyiwa Adejobi, saying they will face the court of law for unlawful gathering.

The protesters who belonged to an organised body, Coalition for Revolution (CORE) came out in their numbers on Thursday bearing placards calling for a change of government in Nigeria.

The protest, which took off from Ojota around 9:30 a.m, proceeded to Maryland where the protest was halted by police officers with 30 of the protesters arrested.

The police command had earlier issued a warning against gatherings under the guise of rallies or protest on Independence Day, saying anyone caught will be arrested and charged to court.

The Lagos State Police command has arrested 30 protesters at various locations within the state for unlawful assembly and conduct likely to cause breach of public peace, and other offences including violation of COVID-19 protocols/laws in the state.

The commissioner of police in the state, Hakeem Odumosu, also warned parents and guardians to warn their children and wards to desist from any rallies, protests or be mobilised to wage war against the government of Nigeria, or else they (parents or guardians) of any youth arrested for such act will be prosecuted.

The protesters, however, defied all odds and continued with the protest.

Adejobi has now said the protesters will be charged to court on Friday, October 2, stressing;

The arrested individuals, who put on crested vests of #RevolutionNow# with placards will be charged to court tomorrow, Friday, 2nd October, 2020.

He stated that their offence is “unlawful assembly and conduct likely to cause a breach of the public peace, and others including violation of COVID-19 protocols and laws”.