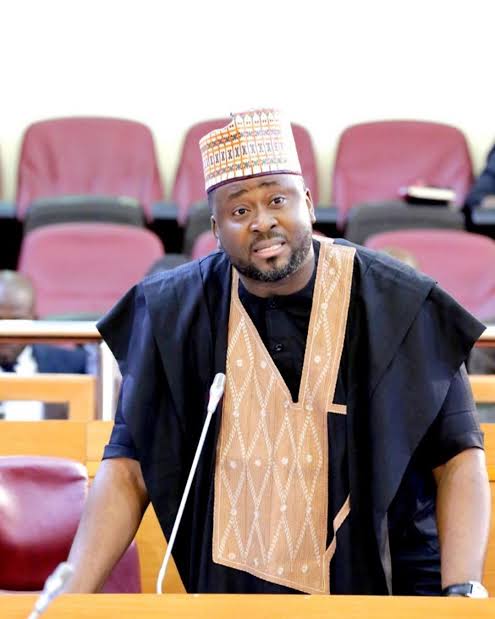 Desmond said this on Friday while addressing the issue of #EndSARSProtesters at the Lagos Assembly complex in Ikeja.

It has gone beyond having hotlines or doing reforms. As the Deputy Speaker rightly said, we really need to look into it.

While insisting that arresting people because of their appearance is wrong, the lawmaker, however, admitted that there are still some bad eggs in society.

The truth is, you can’t just arrest people on the road because of the hair they wear. That is not to say that we do not have bad people but because of the lack of training on how to deal civilly with people, we now come to have what SARS is today. So, I am in alignment with the prayers of the deputy speaker and I feel that we should do that expeditiously.

The outcry against police brutality and extra-judicial killings continued on Friday with protesters occupying the Lagos State House of Assembly Complex.

The protesters who spent the night at the entrance of the Lagos State House of Assembly complex demanded an immediate response and immediate disbandment of the Special Anti-Robbery Squad (SARS) operatives.

The lawmakers later addressed the audience and debated their demands on the floor of the House.

Watch videos of Desmond Elliot addressing the house below;

Desmond Elliot is standing with the youth. We are past the era of reformation of sars. We want them to #EndSarsProtests #EndSARS pic.twitter.com/mDWCerxK2k

LIVE: Desmond Elliot has made a 360° u-turn since Nigerians dragged him like tiger generator.

Lagos lawmakers begins negotiations with protesters. No retreat!! No surrender!! All we want is #EndSARs #EndPoliceBrutality#EndSARSImmediately #ALutaContinua pic.twitter.com/O3iff5BhPc

#EndSARS Protester Who Gave Birth In Prison Still In Custody…