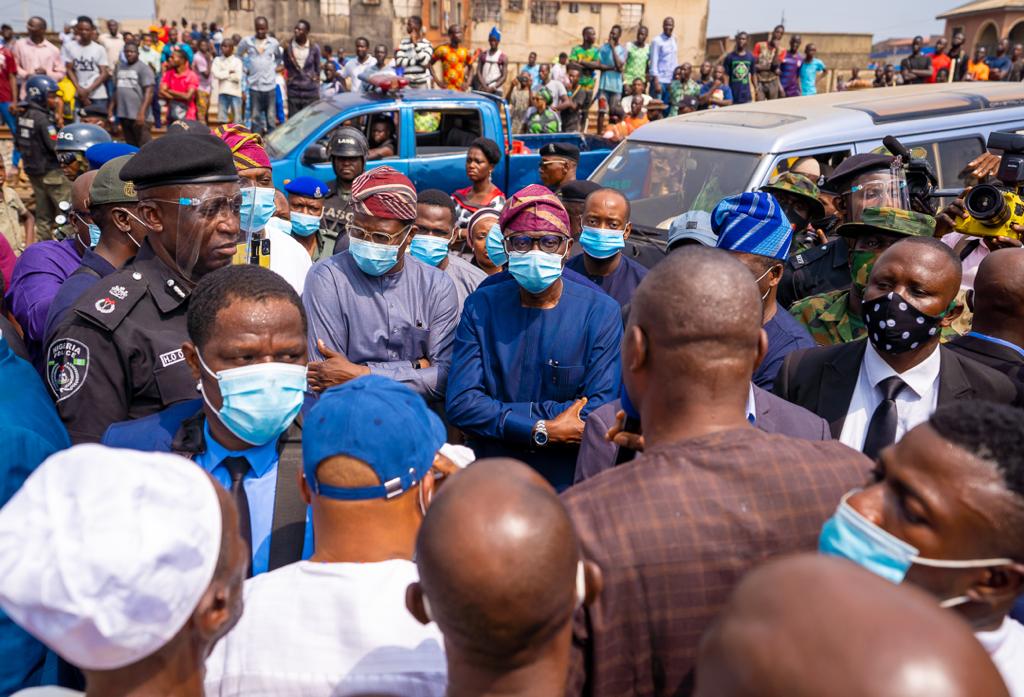 Lagos State Governor, Babajide Sanwo-Olu has on Tuesday promised to compensate residents who lost their property to the Fagba communal crisis between Hausa and Yoruba, in Ifako-Ijaiye Local Government Area of the state last week.

Sanwo-Olu made the promise while on assessment of the level of destruction of property over the ethnic clash in the area.

He assured residents of Fagba who were affected by the clash that Lagos State Government would assist them to alleviate their pains. 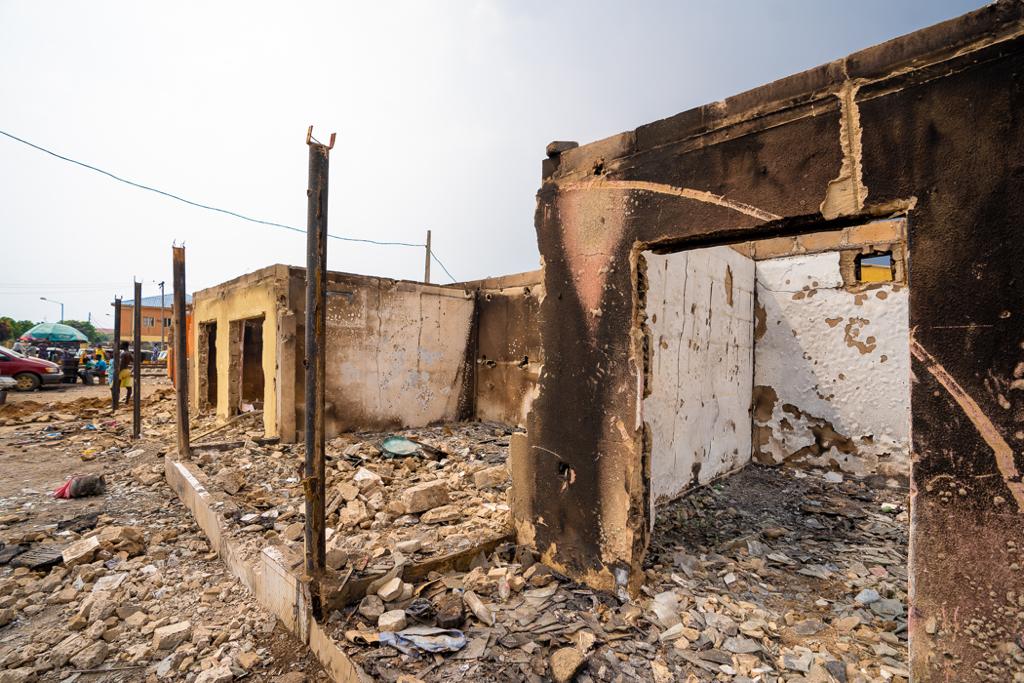 The level of destruction that I have seen here is colossal; it is unfortunate. Enumeration would start immediately by the two local governments. The councils chairmen and all the community leaders will come together; you are living in the same community.

Please let the peace among us reign, and that is why I have to come here myself today, and I have seen and it is a big shame on all of us.

Sanwo-Olu appealed to the people to let peace reign, stating;

Let us live like brothers and sisters among ourselves. We will do the compensation and enumeration as soon as we get the breakdown from there.

We might not be able to give you all the full benefits, but we will ensure that we do not leave you alone. Please let sincerity be on top. If you don’t have more than two shops in the place, don’t say you have eight.

If you don’t have more than two rooms, don’t say you have nine rooms; that is the only way government can assist well and we can help.

He also warned miscreants and hoodlums in the State to turn a new leaf, be law abiding and peaceful or face the wrath of the law. 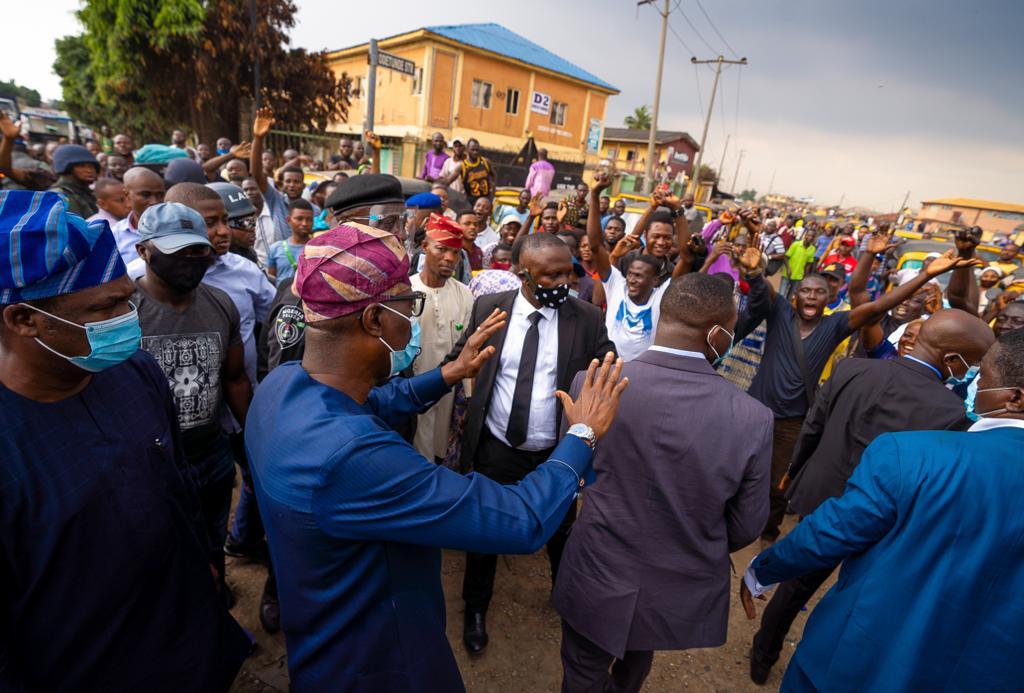 The Governor, who was accompanied by his deputy, Dr Obafemi Hamzat; Secretary to the Lagos State Government (SSG), Mrs Folasade Jaji; and Head of Service, Mr Hakeem Muri-Okunola, said that the state government would be hard and decisive on miscreants if they refused to turn a new leaf.

The security operatives are here; they can hear everything. We are using this period to give notices to all the miscreants in the neighbourhood, and that is why I am looking at you.

If you know that you are not doing any work and that you are one of the people that have caused this trouble, we are giving you the final notice because we are coming to clear this whole place.

We will make sure that you do not disturb or embarrass peace- loving neighborhood that we have here.

You need to look for what to do; we will not allow you to come and tarnish the image and the peace that we have in Fagba and in Lagos State. 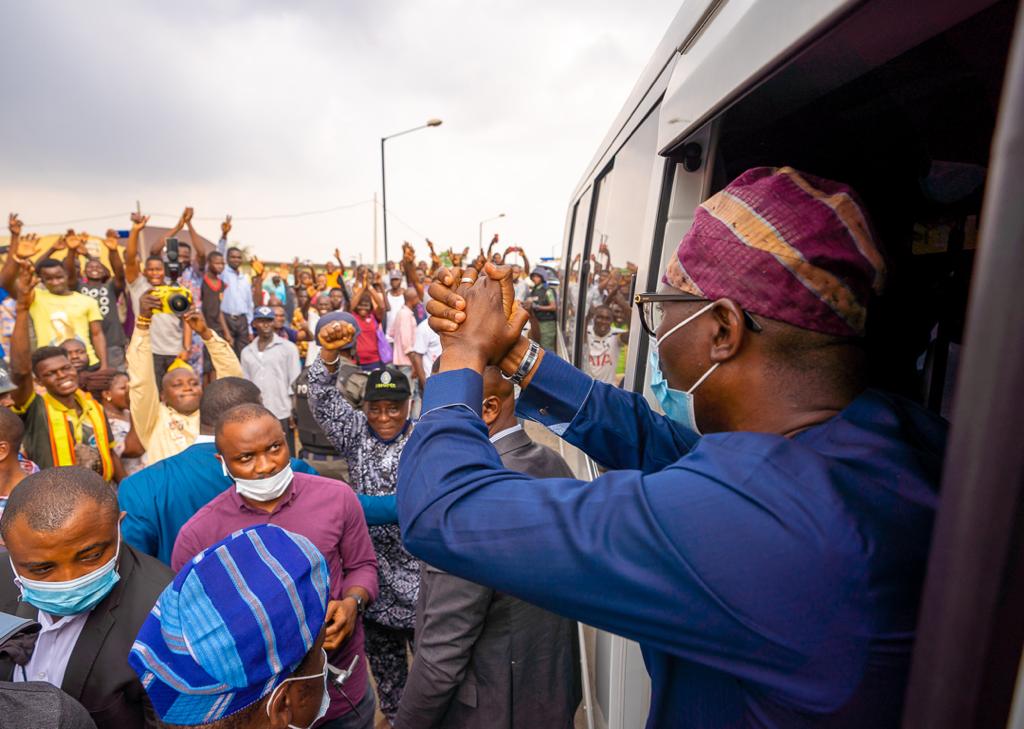 Chairman of Ifako-Ijaiye LGA, Mr Oloruntoba Oke and his Ojokoro counterpart, Mr Hammed Tijani, as well as leaders of some communities spoke earlier during the visit.

They appealed to Governor Sanwo-Olu to assist them in ensuring that Fagba area was rid of miscreants, which according to them, are the architects of violence and disturbance in the area.

#EndSARS: If We Don’t Regulate Social Media, It Will Destroy Us – Lai Mohammed