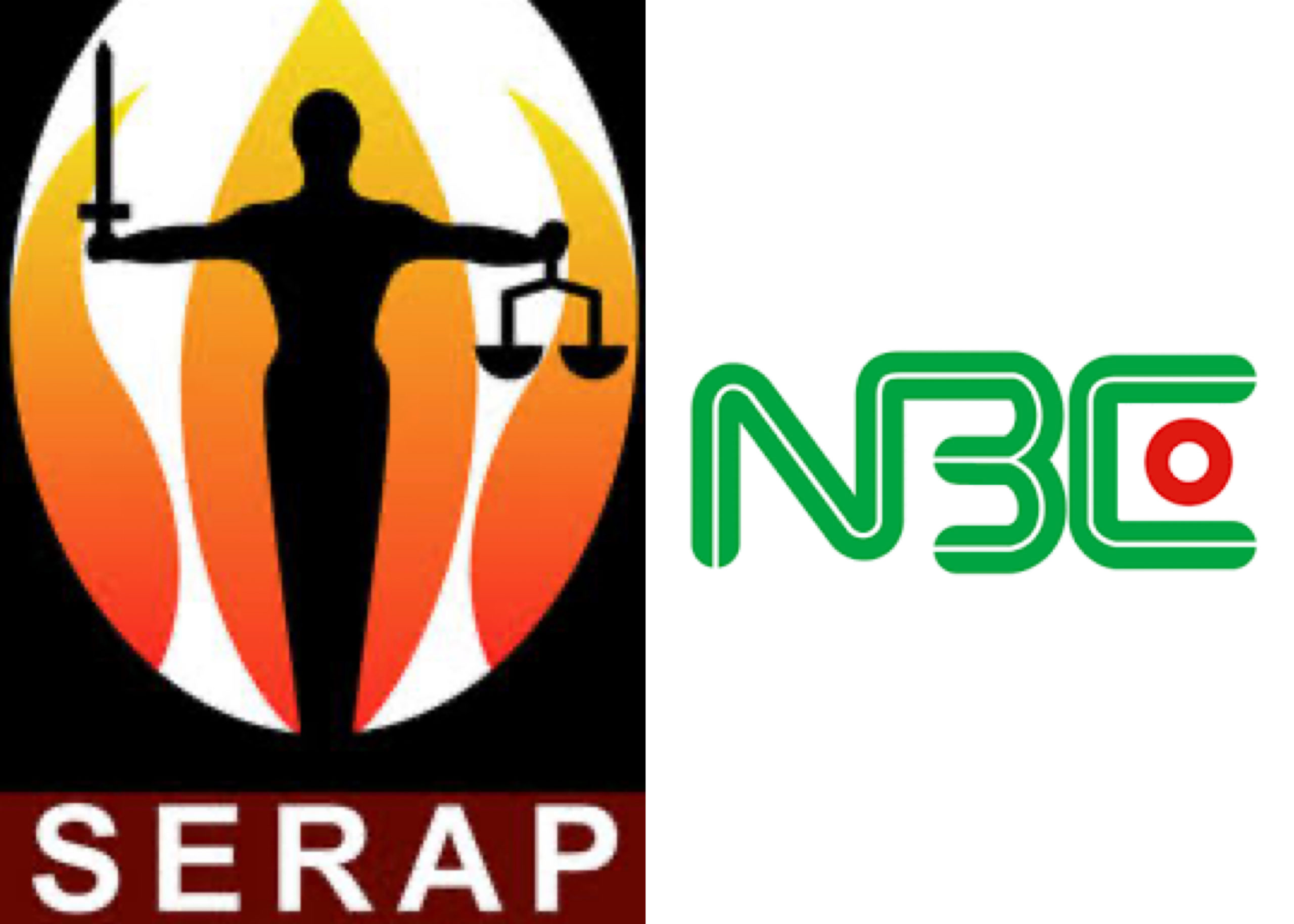 Socio-Economic Rights and Accountability Project (SERAP) has threatened to sue National Broadcasting Station (NBC) in the next 48 hours for ‘illegal’ imposition of N9m fines on Africa Independent Television (AIT), Arise Television, and Channels Television if the decision is not rescinded.

The television stations were accused of airing unverified images and videos of the alleged shooting on peaceful #EndSARS protesters which took place at Lekki toll gate last Tuesday.

Acting Director-General of NBC, Prof. Armstrong Idachaba, earlier today announced the imposition of fines at a press conference in Abuja.

SERAP through its deputy director, Kolawole Oluwadare, has now reacted to this in a statement titled ‘SERAP asks NBC to withdraw ‘illegal fines on Channels TV, AIT, Arise TV or face legal action’.

The rights group condemned the sanctions and threatened to sue NBC if the fines, which they described as “illegal” are not rescinded within 48 hours.

It also said the action taken by the NBC “is yet another example of Nigerian authorities’ push to silence independent media and voices”.

This action by NBC is yet another example of Nigerian authorities’ push to silence independent media and voices. NBC should drop the fines and uphold Nigerian constitution and international obligations to respect and protect freedom of expression and media freedom. We will sue NBC if the unconstitutional fines are not rescinded within 48 hours.

This is a new low in Nigeria’s protection of freedom of expression, and the ability of independent media to function in the country. The fines are detrimental to media freedom, and access to information, and the NBC must immediately withdraw the decision.

Media freedom and media plurality are a central part of the effective exercise of freedom of expression and access to information. The ability to practice journalism free from undue interference, to cover peaceful protests, and critical views are crucial to the exercise of many other rights and freedoms.

The media has a vital role to play as ‘public watchdog’ in imparting information of serious public concern and should not be inhibited or intimidated from playing that role. The NBC should stop targeting and intimidating independent media and voices.

President Muhammadu Buhari should caution the NBC to stop intimidating and harassing independent media houses and to respect the Nigerian Constitution 1999 [as amended] and the country’s international human rights obligations, including under the International Covenant on Civil and Political Rights and the African Charter on Human and Peoples’ Rights.

24 Nigerians File Lawsuit Against INEC Over Failure To…