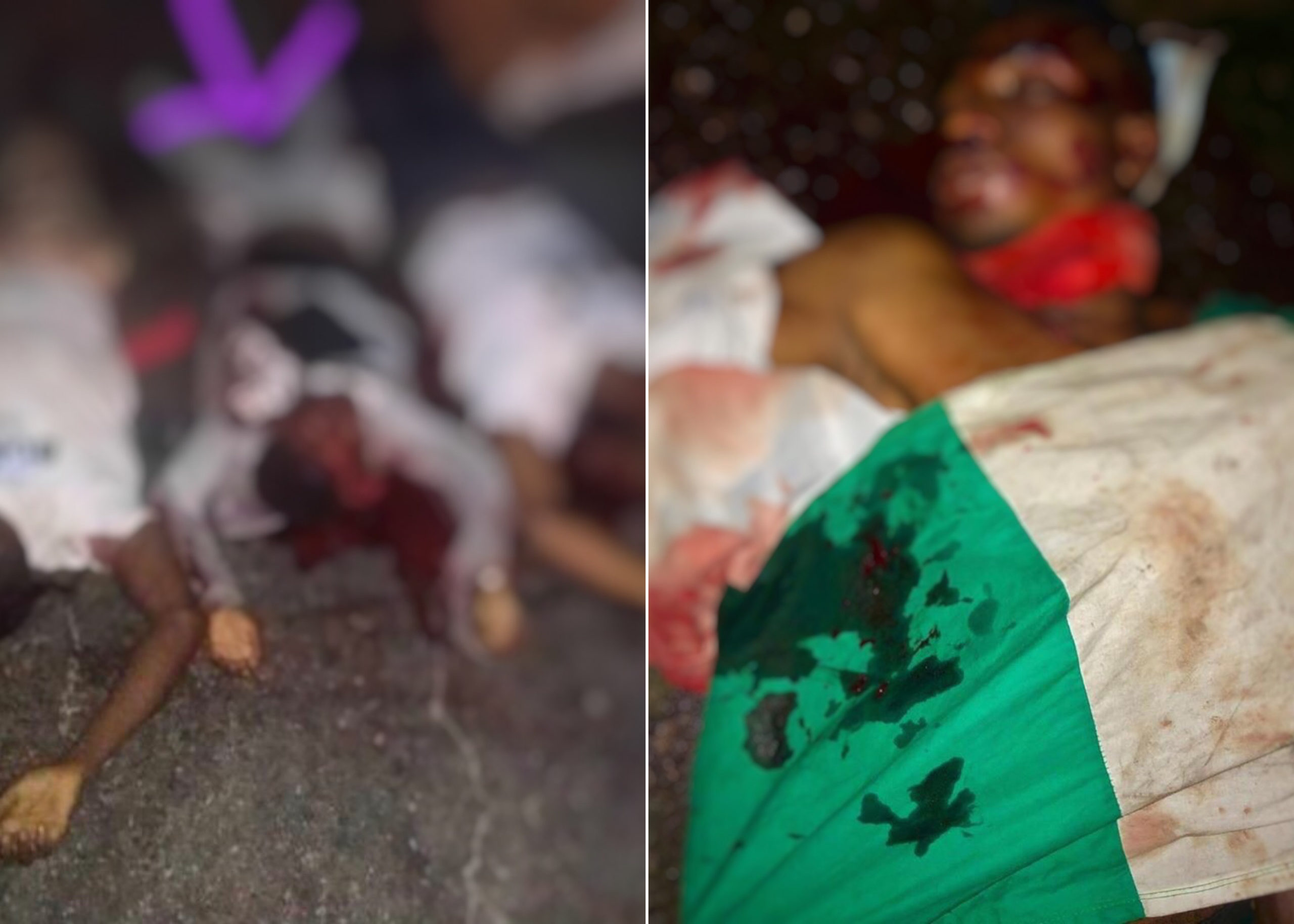 Enoch Adeboye, the General Overseer of the Redeemed Christian Church of God (RCCG), and other prominent Nigerian clerics have condemned Tuesday’s attack on #EndSARS protesters in Lekki toll gate by soldiers.

According to a statement released by Pastor Adeboye on Wednesday, he said;

I condemn in the strongest possible terms, attacks launched by the Nigerian military on unarmed young people, who have been peacefully protesting police brutality over the last 12 days as #EndSARS protests.

I am confounded that prior to the sad events at the #LekkiTollGate, the Nigerian Police failed to arrest the weapon-bearing hoodlums who were attacking the well-organized and non-violent #EndSARS protesters.

Pastor Adeboye called on the federal government to investigate the tragic event in Lekki and other parts of the country.

The condemnable actions of the military risks driving the agitations of the young people underground, thereby making the situation unmanageable.

I call on the Federal Government to thoroughly investigate the tragic events at Lekki and other parts of the country, give justice to all victims even as it engages the

#EndSARS protesters to reach a common agreement to end police brutality. I am also appealing to the Youths to allow peace reign & stop any form of action that would give the Military any other form of excuse to attack.

May the peace of God come upon our nation, now more than ever in JESUS name (Amen). 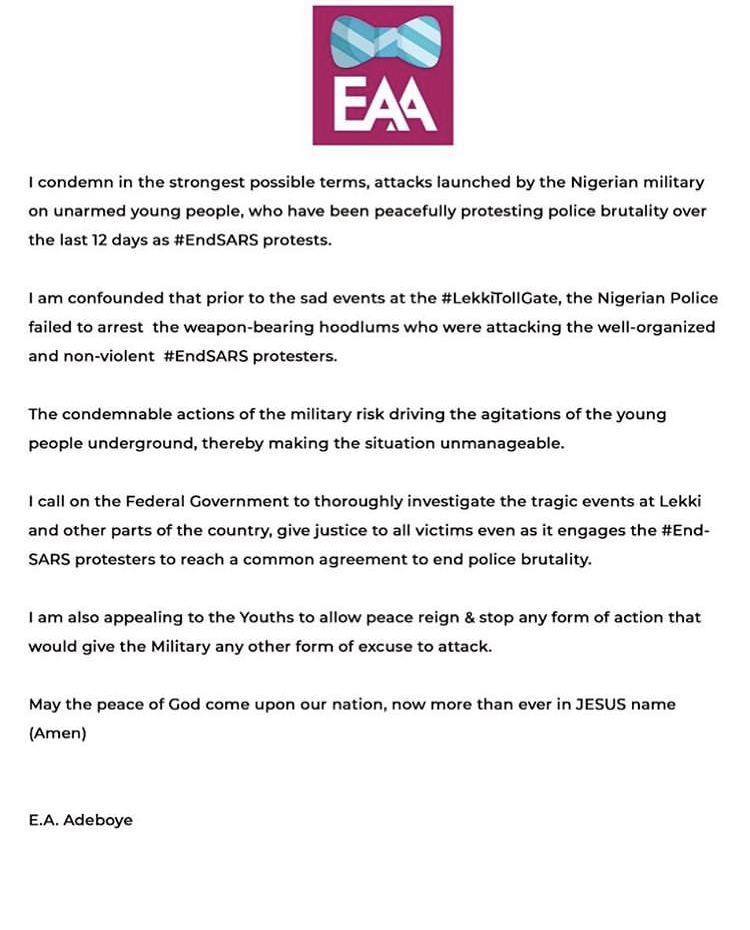 On his part, the general overseer of The Citadel Global Community Church, formerly known as Latter Rain Assembly, Tunde Bakare, also lent his voice to condemn the attack on Twitter.

I strongly condemn the killings that took place yesterday at the Lekki Tollgate and around the country. These grave incidents have no place in our country and set an unfortunate precedent that must not be repeated.

“I strongly condemn the killings that took place yesterday at the Lekki Tollgate and around the country. These grave incidents have no place in our country and set an unfortunate precedent that must not be repeated.” #EndSARS pic.twitter.com/TURDl8Fh5P

Dear young citizen, it is time to activate the STOP button and to switch online. Please go home. We appeal to the government to restrain security forces from shooting at citizens protesting peacefully and to give them time to go to their homes.

On his part, Johnson Suleman, the founder of Omega Fire Ministries, described the attack as a Black Tuesday.

He said God will seek vengeance on the perpetrators, adding;

The blood will be upon their heads.. their children will be haunted.. today marks a power shift in the realm of the spirit.. Nigerians be encouraged.. watch the fall of the “mighty”.

God will reply everyone that pulled a trigger today…down to their fourth generation..it wont go unattended to..

Hearing hospitals rejecting shot victims.. please, saving human lives is uppermost.. they cant produce reports from the same people who shot them.. I understand the procedure for bullet wounds but no protocols now.. everyone, take a minute to pray.. let God preserve them.

Lekki toll gate-a mosque on Friday, church on sunday and burial ground on Tuesday…God will haunt the perpetrators.. from those who ordered it, those who saw it coming and kept quiet to those who carried it out.. all of them.

The blood will be upon their heads..their children will be haunted..today marks a power shift in the realm of the spirit..Nigerians be encouraged..watch the fall of the “mighty”…