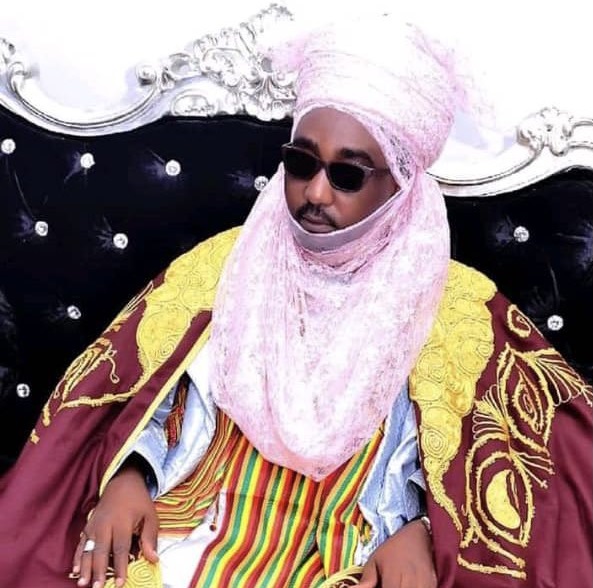 Since the demise of Alhaji Shehu Idris, there has been tension over who becomes the new monarch, as Zazzau Emirate has 11 local government areas including Zaria, Sabon Gari, Giwa, Kudan, Makarfi, Ikara, Kubau, Soba, Igabi, Kaduna North and Kaduna South.

However, El-Rufai, after spending hours in a meeting with Zazzau council of chiefs on Tuesday chose Ahmed Bamalli as the 19th Fulani emir for the emirate.

Bamalli is from the Mallawa dynasty and is Nigeria’s immediate past Ambassador to Thailand.

He was born on June 8, 1966 in Zaria to his father, Nuhu Bamalli who held the title of Magajin Garin Zazzau before the title was transferred to him.

The emir attended his primary and secondary education in Kaduna city and is a graduate of law from the Ahmadu Bello University, Zaria.

He has a Master’s degree in international affairs and diplomacy and had attended several national and international courses from Harvard and Oxford Universities as well as Northwestern University in Chicago and the University of Pennsylvania. 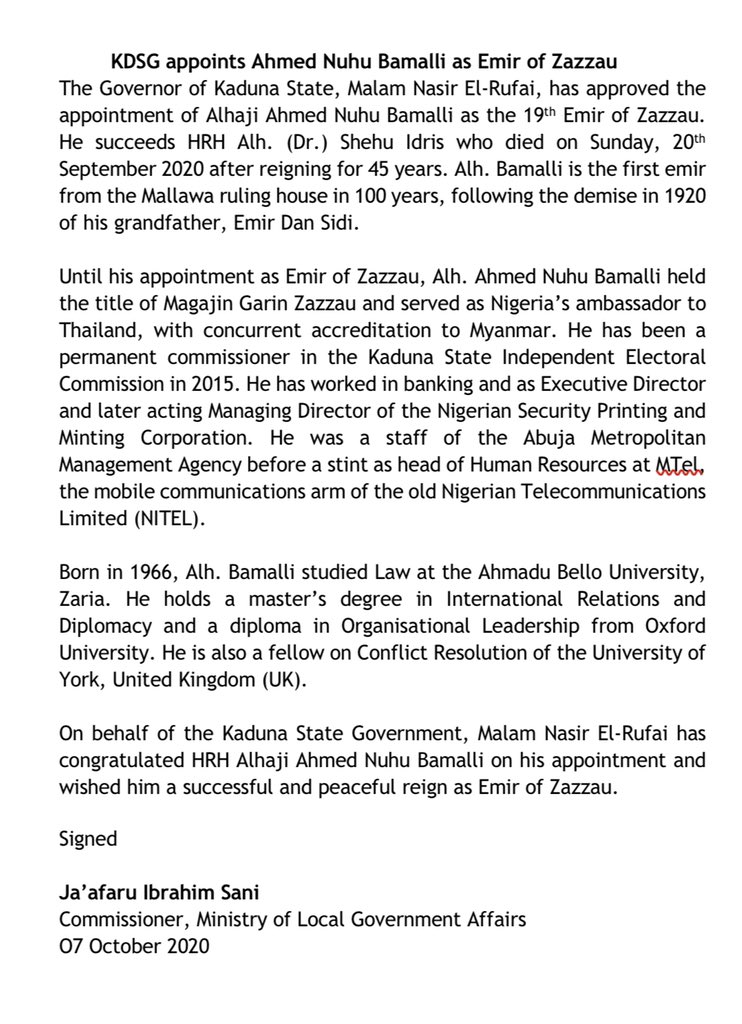