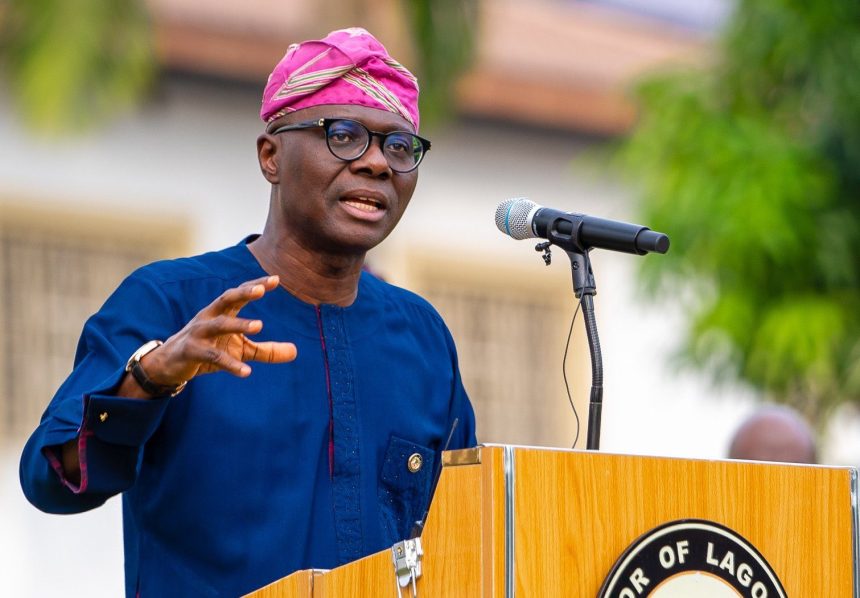 Governor of Lagos State, Babajide Sanwo-Olu has suspended the Executive Secretary of Lagos State Film and Video Censors Board, Bamidele Balogun, for imposing 5% levy on all audio and visual content streamed on all physical and digital platforms around the state.

The levy on all video and audio contents affects streaming platforms like Netflix, Iroko TV, YouTube and many others.

The suspension comes hours after a letter regarding the levy which was addressed to the Managing Director of Iroko TV by the Lagos State Film and Video Censors Board was posted on Twitter by the CEO of the company, Jason Njoku.

I wonder if @NetflixNaija @FilmhouseCinema and @YouTube got one of these. Or just us card carrying patriots. 🇳🇬🙏🏾. Let me go for a run 🏃🏾‍♂️and then sleep. I will deal with this one tomorrow 😴. pic.twitter.com/gz0m4D6Bl4

The letter went viral and sparked reactions from many Lagosians especially those in the entertainment industry.

According to the letter, the management of Iroko TV was asked to make an;

Immediate payment of 5% levy on all audio and visual content produced, sold, distributed, marketed, exhibited, streamed, downloaded and shared across all physical and digital platform situate, lying and being within the state.

Reacting, the Lagos State Commissioner for Information and Strategy, Gbenga Omotosho in a statement released on Friday disclosed that the Executive Secretary of LSFVCB was not authorised to make such an announcement and has been suspended for doing so.

Omotosho stated that the Sanwo-Olu’s administration is not insensitive to the fact that the creative industry has been badly hit by the effects of the COVID-19 pandemic and empathises with this and other sectors of the economy.

There is no levy on audio and visual contents of all physical and digital platforms in Lagos State. The Executive Secretary, Lagos State Film and Video Censors Board, Mr. Bamidele Balogun, is said to have announced a five per cent levy.

The government hereby dissociates itself from the said announcement in the media. The Executive Secretary, who was not authorised to make such an announcement, has been suspended, pending an administrative enquiry. 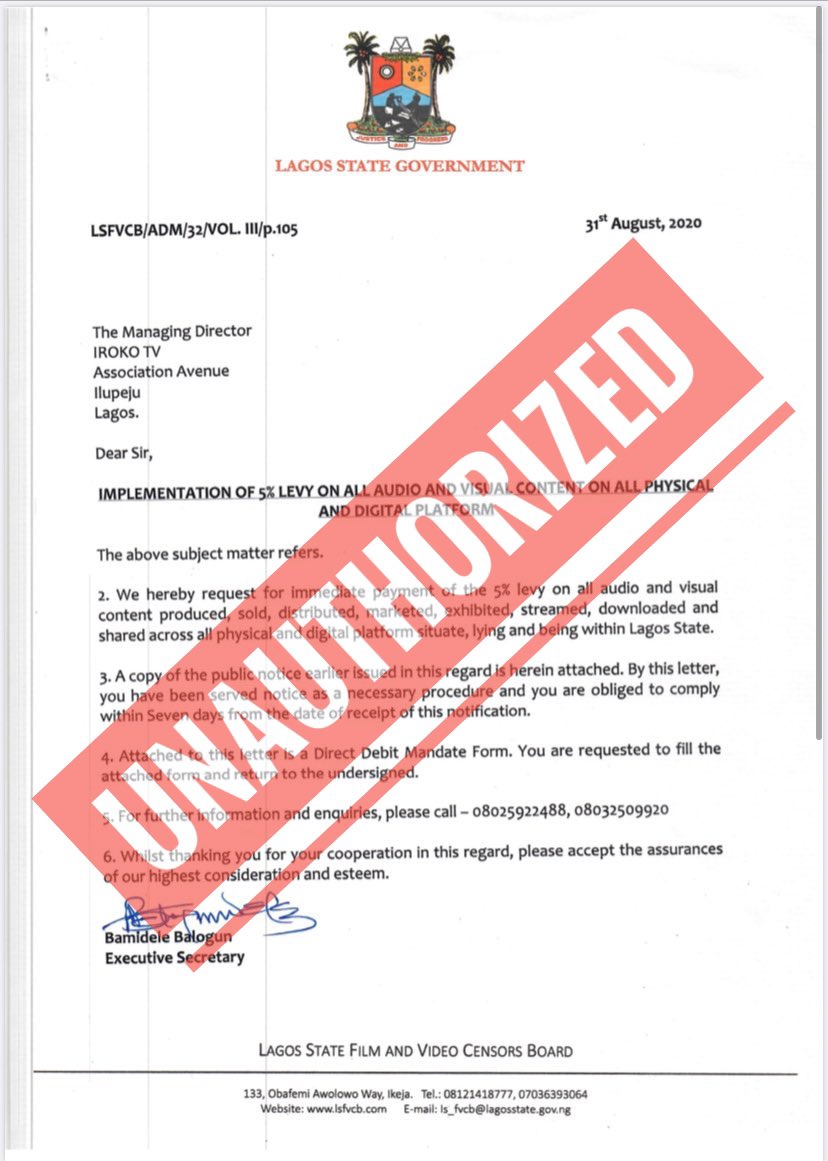 Only 200 Passengers Allowed On Each Incoming International Flight – NCAA