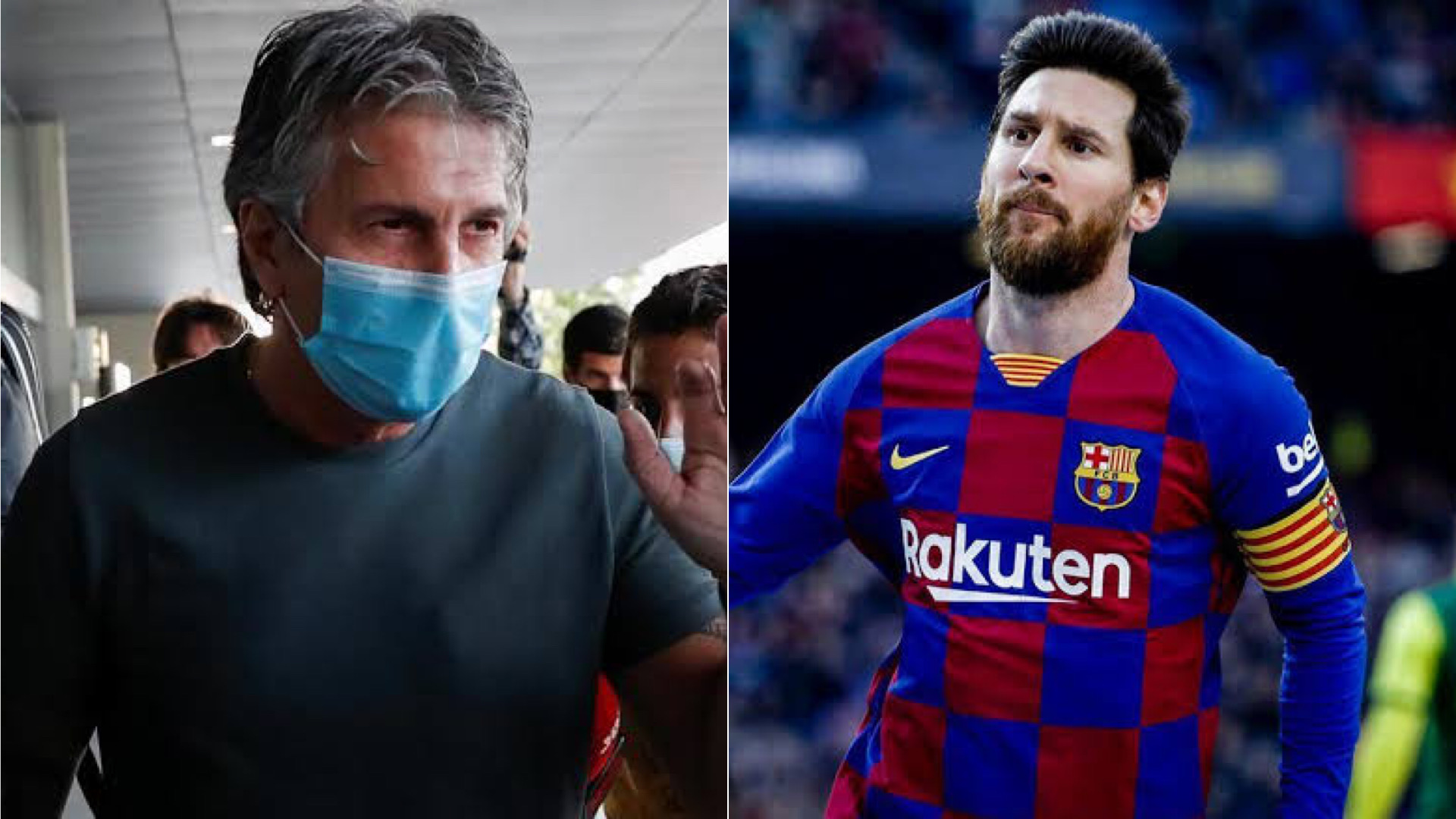 Jorge, the father and agent of Barcelona talisman, Lionel Messi, has arrived in Spain for a meeting with officials of the club over the request of six-time Ballon D’or winner to leave.

He boarded a private jet taking him to Spain from Rosario in Argentina and landed in the private terminal of the Barcelona-El Prat airport at around 6.45am local time.

The Argentinian, who has played for the Spanish team for almost 20 years, had last week Tuesday sent a fax message informing the club of his decision to leave, insisting his contract was over.

However, Barcelona insists a clause included in Messi’s contract that allowed him to go for free this summer had to have been activated by June 10, which makes it no longer valid as the due time is passed.

The only way the 33-year-old will be allowed to depart, according to the club, is through his release clause, set at 700 million euros ($833 million) until his contract expires on June 30, 2021.

The 33-year-old no longer considers himself a Barcelona player and did not turn up to the club’s COVID-19 testing on Sunday and subsequent start of training sessions on Monday.

The meeting between Messi entourage led by his father and Barcelona President Josep Bartomeu, is slated for afternoon in the Catalan capital.

These talks between Barcelona and Lionel Messi will take place on Wednesday and Thursday. Lionel Messi’s father, Jorge, has now arrived in the country and will be leading these talks as far as the Messi camp is concerned.

The Barcelona side cannot even agree with each other. There is the president’s side, who on one hand say Messi has this valid contract and is not going anywhere for less than the asking price – we are not going to do any deals.

The other side of the boardroom feel like that is unrealistic – we are in financial hole, he could leave anyway in a year’s time and meanwhile hang around not wanting to be here. There’s going to have to be a lot of talking and I think that’s going to take longer than two days.

In addition to meeting with Messi’s father, Barcelona said it also wanted to meet personally with the player to try to change his mind about leaving.

The club said it has been doing everything to try to convince Messi to finish his career at the club where he started nearly 20 years ago.

Lionel Messi has not met with club officials since announcing his decision to leave and has not said anything publicly since Barcelona’s 8-2 loss to Bayern Munich in the Champions League quarterfinals on August 14.

The defeat that capped a difficult season for the club, its first without a title since 2007-08.

Watch a video of Jorge arriving at the airport in Spain;

Jorge Messi is in Barcelona now. He is expected to meet Bartomeu very soon to negotiate the exit of Messi. #FCB 🤝🔜

Lionel Messi: Hotel Room Of World Cup Winner To Be…