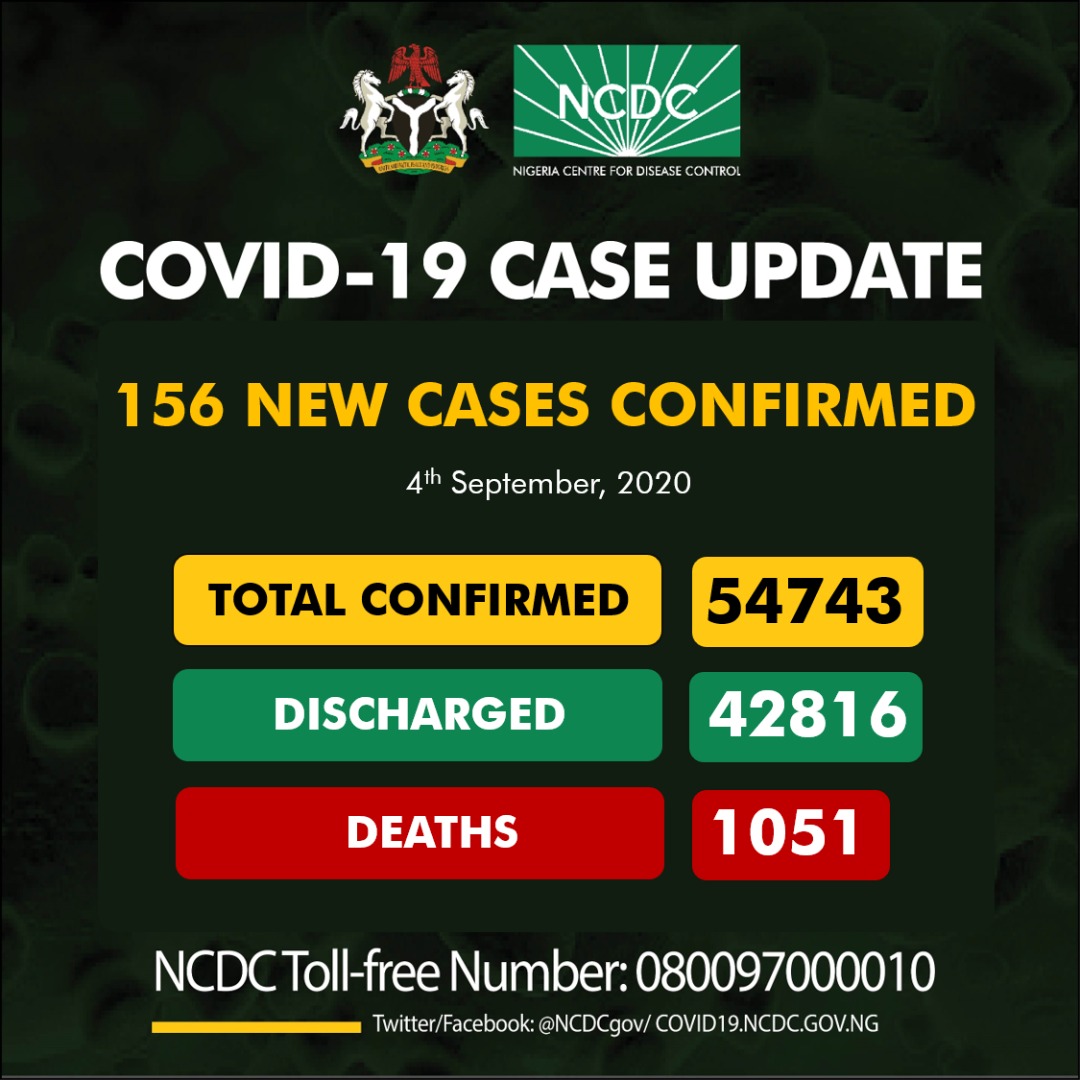 With the latest toll, total cases have now increased to 54,743 with 42,816 recoveries and 1051 casualties across the country.

Also, NCDC in its latest situation report has revealed that overall samples tested nationwide have increased from 413,265 to 417,398 as at September 3.

It would be recalled that Russia’s President, Vladimir Putin had in August announced that it had produced the first batch of its COVID-19 vaccine, dubbing it as the world’s first approved vaccine.

Russia’s Ambassador to Nigeria, Alexey Shebarshin, delivered the samples to the Minister of Health, Osagie Ehanire, during a visit to the ministry in Abuja.

Also present at the event were the Minister of State for Health, Olorunnimbe Mamora; top management of the Health Ministry and other Nigerian Scientists.

Ehanire, speaking while receiving the samples, said the vaccine would be “quickly referred” to the National Agency for Food and Drug Administration and Control (NAFDAC), Nigeria Institute of Pharmaceutical Research and Development (NIPRD) amongst other agencies, for review and possible validation.