A 17-year-old boy, Daniel James has been arrested by Bauchi State Police Command for allegedly defiling 7 and 5-year-old sisters. The police spokesperson, DSP Mohammd Ahmed...
Read more
Home Local ‘I Am No Fan Of Obasanjo But I Agree Nigeria Is Near...
Local
September 15, 2020
Updated: 4 days ago

‘I Am No Fan Of Obasanjo But I Agree Nigeria Is Near Collapse’ – Prof. Wole Soyinka 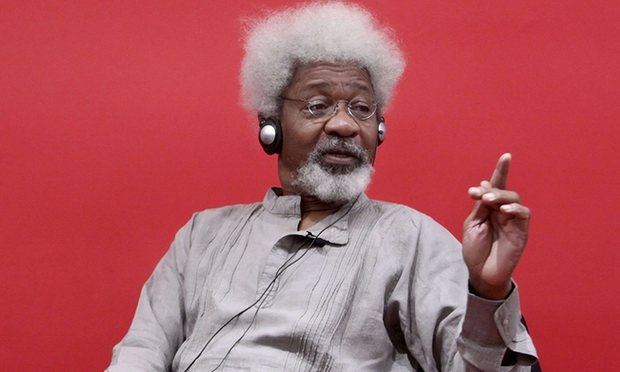 Prof Wole Soyinka, playwright and Nobel laureate, has opined that the country is more divided as never before under the current administration of Muhammadu Buhari.

Soyinka said this in support of Obasanjo’s latest comment about the state of the country under Buhari’s administration.

Last week, Obasanjo said the country is slowly becoming a failed state and more divided than ever before.

He added that many of the problems plaguing the country today were due to the recent mismanagement of Nigeria’s diversity.

However, the presidency reacted to the comment by describing the ex-president as a “Divider-in-chief”.

It said the former president’s comment is an unfair attack on the President Muhammadu Buhari and his administration.

The Presidency added that Obasanjo has with his opinion descended from the lofty heights of a Commander-Chief to being a Divider-in-Chief.

Soyinka has now made his position known in a statement signed from his Autonomous Residence of Ijegba, Idi-Aba Estate, Abeokuta, Ogun State, on Tuesday titled, “Between ‘Dividers-in-chief’ and ‘Dividers-in-law’”.

He stated that though he is not a fan of ex-President Olusegun Obasanjo, but embraced any accurate reading of this nation as a contraption teetering on the edge of total collapse.

Soyinka commended Obasanjo, whom he described as “co-architect of the crumbling edifice that is still generously called Nigeria”, for speaking out on the state of the nation.

According to the playwright, Nigeria has never been divided as it is “under the policies and conduct of none other than President Buhari”.

The Nobel laureate also said the government has turned deaf ears to the counsel of well-meaning Nigerians.

I am notoriously no fan of Olusegun Obasanjo, General, twice former president and co-architect with other past leaders of the crumbling edifice that is still generously called Nigeria. I have no reasons to change my stance on his record. Nonetheless, I embrace the responsibility of calling attention to any accurate reading of this nation from whatever source, as a contraption teetering on the very edge of total collapse.

We are close to extinction as a viable comity of peoples, supposedly bound together under an equitable set of protocols of co-habitation, capable of producing its own means of existence, and devoid of a culture of sectarian privilege and will to dominate.

The nation is divided as never before, and this ripping division has taken place under the policies and conduct of none other than President Buhari – does that claim belong in the realms of speculation?

Does anyone deny that it was this president who went to sleep while communities were consistently ravaged by cattle marauders, were raped and displaced in their thousands and turned into beggars all over the landscape?

Was it a different president who, on being finally persuaded to visit a scene of carnage, had nothing more authoritative to offer than to advice the traumatised victims to learn to live peacefully with their violators?

Commenting on the listing of Buhari’s achievements by the presidency, Soyinka said it is the norm for any government to record any feat.

It takes real genius to succeed in spending four years actually doing nothing. What it fails to do, or what it does wrongly, deceitfully or prejudicially is what concerns the citizenry.

He added that Nigerians have lost hope and trust in the government, stressing;

To reel off any achievements of a government – genuine or fantasised, trivial or monumental – is thus to dodge the issue, to ignore the real core concerns. No government, however inept, fails to record some form of achievement – this was why it were elected.

What it fails to do, or what it does wrongly, deceitfully or prejudicially is what concerns the citizenry. Across this nation, there is profound distrust, indeed abandonment of hope in this government as one that is genuinely committed to the survival of the nation.

National divisiveness? Just where does culpability lie? Does centralist usurpation divide or bind? The answer is obvious in daily effects.