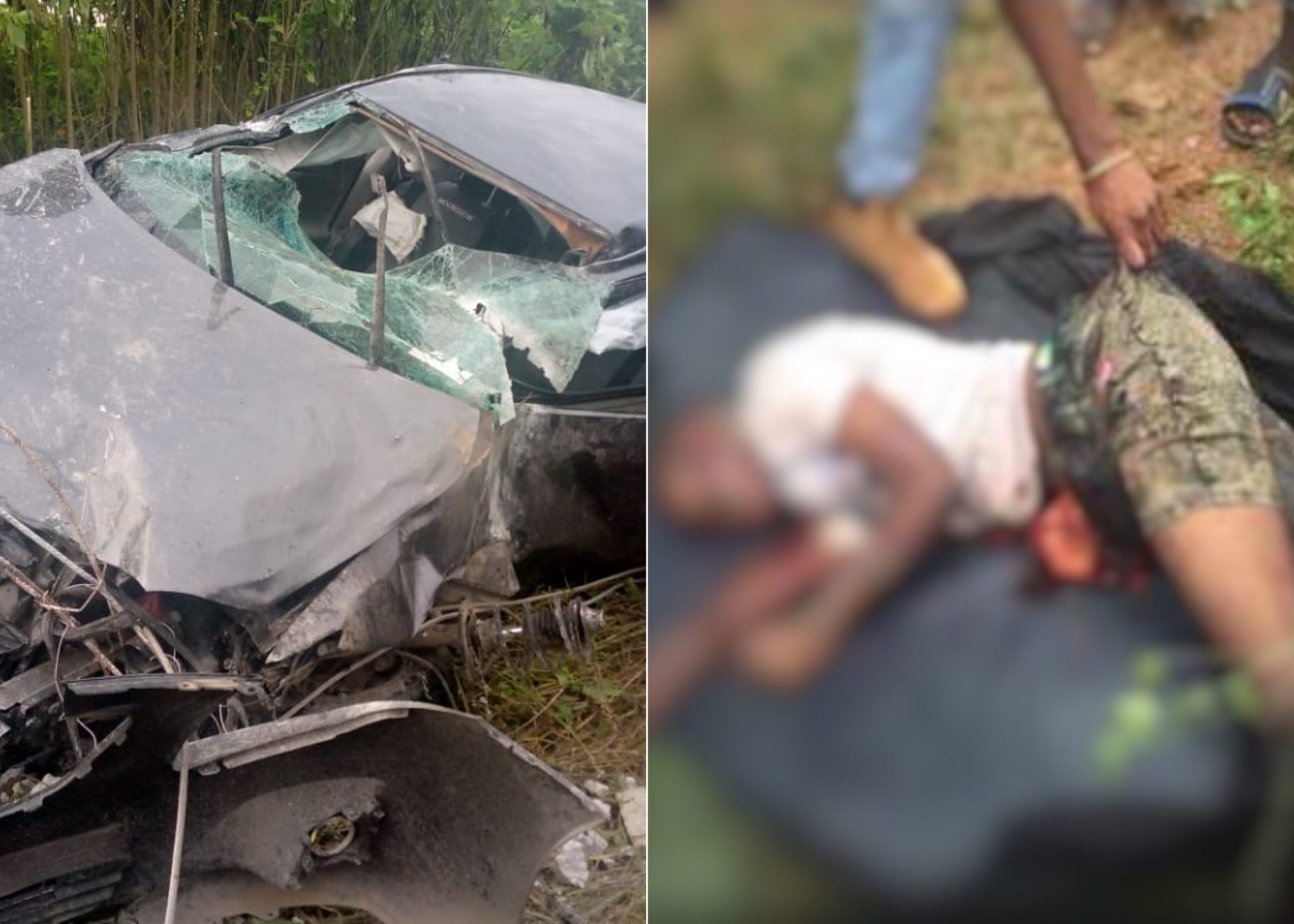 Governor of Osun State, Gboyega Oyetola, has ordered an investigation into the death of a suspected internet fraudster on Tuesday while being chased by police officers attached to the Osun Joint Task Force.

MDB reported how a protest broke out in Osogbo, Osun capital after the suspected internet fraudster simply identified as Remi died while he and three other suspects were being pursued by officers.

The Toyota Corolla car, with registration number KUJ 553 LY Abuja, in which the suspects were fleeing ran into an electric pole and turned over.

Following the accident, youth stormed the streets, vandalised police vehicles and dumped the body of the suspect at Government House, Osogbo.

In his reaction, Oyetola in a statement by the state commissioner of information, Funke Egbemode, on Wednesday morning, ordered the police to investigate the matter.

The governor said he was shocked at the tragedy and the disruption that followed it, stressing;

The tragic events that reportedly led to the death of one person on Tuesday evening were both sad and shocking and Governor Adegboyega Oyetola has ordered a full investigation into the circumstances that led to it all.

To the governor, all lives matter and nobody has a right under our laws to take a life summarily. While we appreciate the great job our law enforcement agencies are doing to keep Osun safe, the confusion and disruption to our peaceful state capital on Tuesday needs to be investigated.

Oyetola also urged the families of the deceased and the injured not to take matters into their hands by hurting more people or destroying properties.

We implore our citizens to trust the government to get to the bottom of this sad occurrence. Let us all go about our lives peacefully while we await results of the investigation.