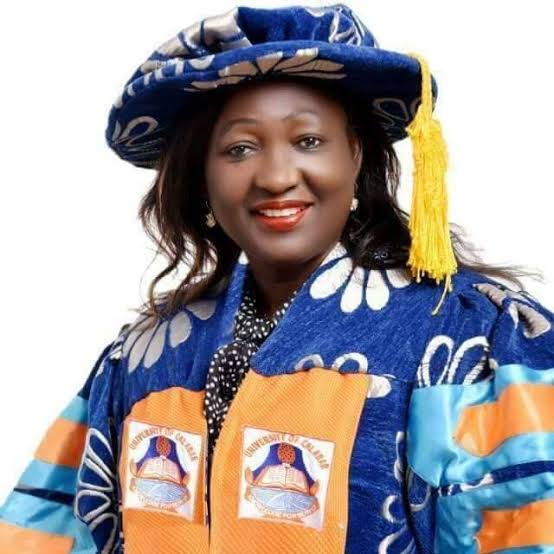 Prof. Florence Banku-Obi has been appointed as the first female Vice Chancellor of the University of Calabar (Unical) after 45 years since inception.

Announcing this on Friday in Calabar, Sen. Nkechi Nwaogu, Pro- Chancellor and Chairman of Unical Governing Council, said the process of the selection was transparent.

Nwaogu stated that the Council had assured the 13 contestants for the position of a transparent, fair and just selection process.

She explained that they used the guidelines set up by the Federal Ministry of Education on the conduct of interview for the appointment of a Vice Chancellor.

At the end of the day, we had a brand new first female VC of the University in the last 45 years.

The interview was transparent and some of the contestants are part of our council.

What I expect of her is to look at what the outgoing VC has done because governance is a continues process.

Banku-obi should invite all those who contested with her and build a team.

No one person can execute the programmes without the integration of other erudite administrators that presented their CVs yesterday [Thursday].

The Pro-Chancellor and Chairman of Unical Governing Council expressed;

She should be an integrative agent and I expect her to look inward on the areas of internally generated revenue and pluck the areas.

She needs to motivate staff and students of the school and as an erudite Professor and a mother, I know that she will bring all these to bear.

She congratulated Banku-Obi and wished her the best in her tenure.

Speaking, Banku-Obi said she was elated and happy, adding that she returned all the glory to God.

I am very happy today, I just received my appointment letter from the 12th Council as the 11th VC elect effective from Dec. 1, 2020.

It was a free and fair contest and I am happy about it.

The University of Calabar should expect an inclusive administration from me.

Prof. Banku-Obi will be taking over from Prof. Zana Akpagu whose tenure ends on November 30.

Banku-Obi hails from Boki local government area in Cross River and she has been a lecturer in the department of Education.

She is the only two-term back to back elected Dean, faculty of Education, since the history of the University.

Banku-Obi has also served as the Deputy Vice Chancellor (Academics) and also as a member of the University Governing Council.

The newly elected VC has over 60 publications to her credit in both local and international journals.

She has supervised over 30 postgraduates Diploma Projects, 12 Master Degrees Theses and 8 PhD Dissertations and has so far assessed 13 persons for professorial positions.

Boko Haram: ‘My Life Is In Danger’ – Obadiah Mailafia Cries Out As DSS Invites Him For The Third Time Over Allegation Against Northern Governors

Stop Calling Me Your Role Model, I Am Not Perfect – Toke Makinwa Advises Fans