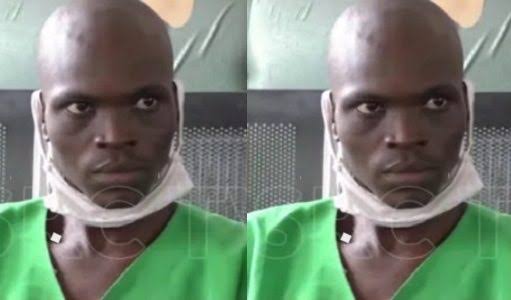 An Ondo State High Court sitting in Akure has sentenced a teacher, Omotayo Adanlawo to life imprisonment for raping a 10-year-old girl.

The judge, Justice Samuel Bola, who gave the judgement, said the defendant failed to give convincing evidence and testimony to prove his innocence in the rape allegations.

On August 24 2018, Adanlawo who used to attend the girl’s father’s church, was said to have gone to the victim’s house at Iju in Akure North Local Government Area of the State while she was alone.

He forcefully had carnal knowledge of her, after which threatened her not to tell anyone else she will die.

After the incident, the victim was said to have complained of stomach pains as she could not walk properly afterwards.

This prompted her mother to take her to a hospital for examination where it was revealed that the girl had been defiled.

According to a family source, after questioning the little girl, she revealed that her father’s church member, Adanlawo had sexual intercourse with her.

The case was then reported at Iju-Itaogbolu Divisional Headquarters before being transfered to Ala area command, and a medical report revealed that there was actual penetration into the private part of the 10-year-old girl.

Based on the legal advice from the Director of Public Prosecution, Adanlawo was arraigned before Justice Samuel Bola on a one-count charge of rape contrary to Section 357 and punishable under Section 358 of the Criminal Law of Ondo state.

Adanlawo in his statement before the police claimed the young girl told him to lay on her after asking for 50 naira and ‘chinchin’ snack, but during cross examination he stated that he was at home at the time of the incident.

He also claimed to be battling with hernia which makes him medically unfit to have sexual intercourse with the girl.

Justice Bola in his judgement, however, said the prosecution was able to prove there was penetration in the rape allegation against Adanlawo.

He also noted that the defendant gave no medical report to prove his condition as well as any evidence to suggest he was in his house as claimed on the day of the incident.

The Judge subsequently sentenced Adanlawo to life imprisonment in line with section 358 of the crimanal laws of Ondo State.