Netflix Announces Season 5 Of ‘Money Heist’ As Its Final Season 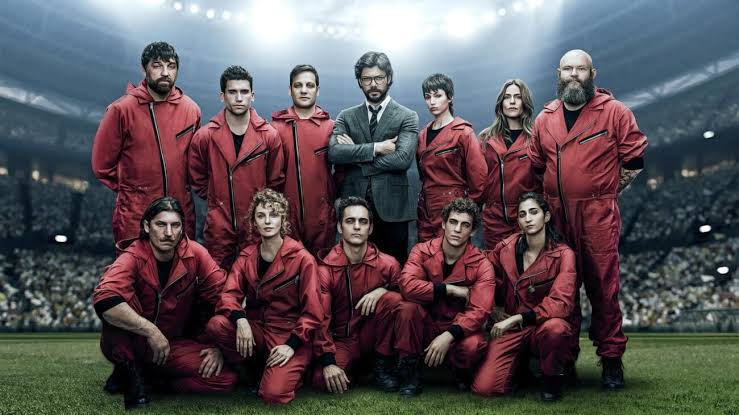 Netflix have announced that its popular Spanish crime series, La Casa de Papel better known as Money Heist is returning to the screen for Season 5 as its grand finale.

THE HEIST COMES TO AN END

We have spent almost a year thinking about how to break up the band. How to put the Professor on the ropes. How to get into situations that are irreversible for many characters. The result is the fifth part of La Casa de Papel. The war reaches its most extreme and savage levels, but it is also the most epic and exciting season.

The final series will be shot in Spain, Denmark and Portugal.

And the show has also confirmed there will be some new additions to the cast, including actors Miguel Ángel Silvestre and Patrick Criado.

Following the announcement, fans rushed to social media to share their views, with many pleased to have The Professor, Tokyo, Helsinki and the rest of the gang back on screens, following a very dramatic fourth season.

The last series opened in typically dramatic style with one member of the gang, Nairobi (Alba Flores), fighting for her life inside the bank, while The Professor was on the run, struggling to cope with the thought that the love of his life, ex-police officer Lisbon, had been executed by the police.

Part 5 will consist of 10 episodes and starts production on August 3.

Money Heist has been a strong performer for Netflix, according to the company’s internal viewership measurement. The fourth season, released April 3, gathered 65 million views worldwide in its first four weeks — more than breakout docuseries Tiger King (34 million views in 10 days).

Here is what some fans had to say about the announcement;

Professor calling #netflix to ask if truly season 5 would be the end or there would be a return of #MoneyHeist. because I don’t see a reason why it should end pic.twitter.com/BgH0gesnhZ

Money heist season 5 who ex feels, like it’s ending too early Arturo is time for you to die #LaCasaDePapel5 pic.twitter.com/UngzWLetLS

I’m waiting for Aurtúro to die.

season 5 will be the final season pic.twitter.com/bHx2GZrXs1

Trump To Ban TikTok Operations In US

Just In: Squid Game Gets Renewed For Season 2 (Video)