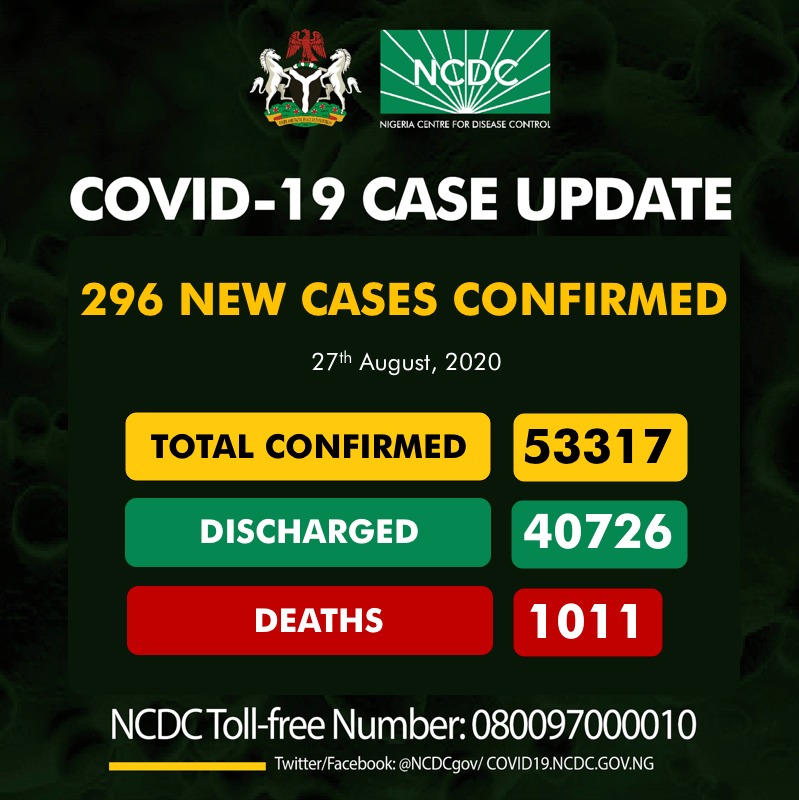 296 new cases, 445 recoveries and one death have been recovered in Nigeria on Thursday, August 27.

Also, August 26 situation report by NCDC has revealed that overall samples tested nationwide have increased from 388,346 to 391,502.

In other news, the Presidential Task Force on COVID-19 has revealed plans to launch the Transparency Initiative Dashboards to monitor the infections in the country.

PTF Chairman, Boss Mustapha, made the disclosure while briefing reporters on Thursday in Abuja.

This is a significant milestone because it puts valuable information at the disposal of every Nigerians.

According to Mustapha, who is the Secretary to the Government of the Federation (SGF), this explains the presence of the development partners in the effort to curtail the spread of the disease in Nigeria.

He noted that it was exactly six months ago that the Minister of Health broke the news of Nigeria’s index case of coronavirus.

The PTF chairman added that the Federal Government had immediately put in place containment measures to help meet the challenge that had started crippling economies and exposed inadequacies even in the best healthcare systems.

He also stated that Lagos, Kano and Ogun states were the initial epicentres and then Oyo at a time, saying this has shifted to Plateau State.

Monkeypox: Anambra In Collaboration With NCDC, WHO Over…