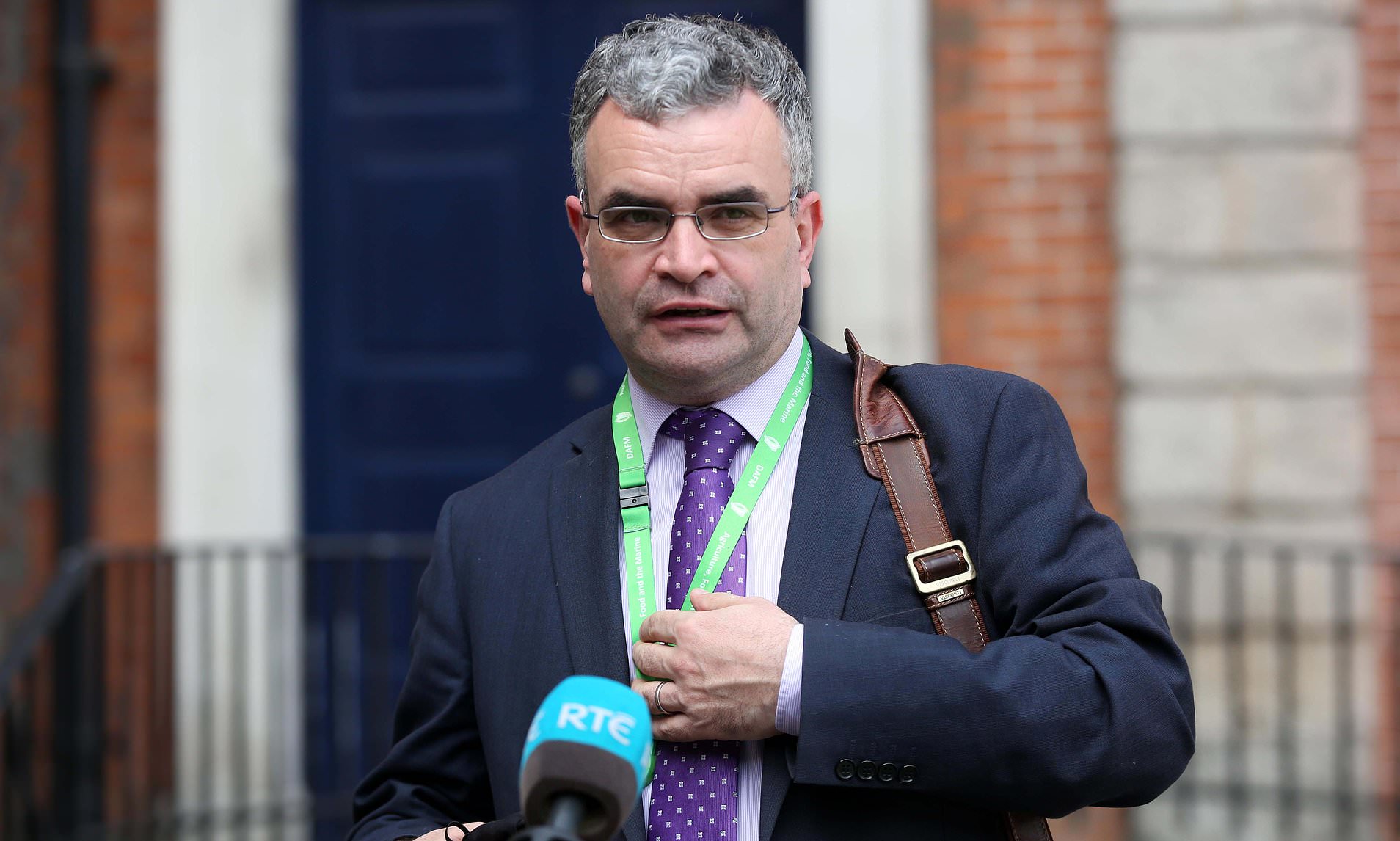 Prime minister Micheal Martin accepted Calleary’s resignation after just 37 days in the position, calling it “the right decision” and an “error of judgement”.

People all over the country have made very difficult, personal sacrifices in their family lives and in their businesses to comply with Covid regulations. This event should not have gone ahead in the manner it did given the government decision of last Tuesday.

The event was held on Wednesday, the day after Ireland’s government announced new restrictions to curb the spread of the virus and a new surge in cases.

Martin’s government had ordered a ban on events or parties at hotel restaurants, and that no more than six people should be seated at a single table when dining.

EU trade commissioner Phil Hogan and swathes of other lawmakers and judges were also said to be in attendance.

The Examiner said attendees sat in groups of 10 and the room was divided, to try to follow recommendations limiting diners to no more than 50.

Martin said Calleary acted “out of character” and the former minister apologised unreservedly in a statement on Thursday.

Calleary is the second politician to serve as agriculture minister in Ireland’s new government formed at the end of June.

His predecessor was sacked after controversy over a drink-driving ban.