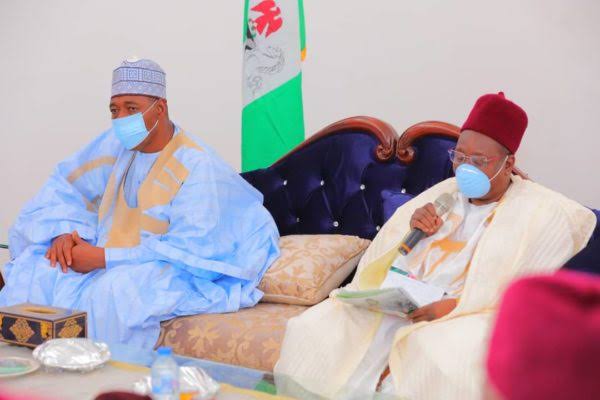 His Eminence, the Shehu of Borno state, Alhaji Abubakar Ibn Umar Garbai Elkanemi, has on Friday decried the high rate of insecurity in the state.

The paramount ruler made the remark on the heels of gun attack on Borno State governor’s convoy in Baga last Wednesday and the mortal attack on Maiduguri where six persons died and 27 were injured on the eve of Eid-el-Kabir festival.

The Shehu spoke in Maiduguri when he paid a traditional Sallah homage on the governor at the Government House on Friday evening.

During his visit, Alhaji Elkanemi stated;

If a convoy of such highly placed person in the State will be attacked, I repeat, nobody is safe. The matter is getting worse. I urge everyone to raise up our hands to seek for Allah’s intervention.

The royal father, who also spoke on the COVID-19 pandemic, urged Borno citizens to continue to adhere strictly to all preventive protocols advocated by health experts.

Governor Zulum thanked the Shehu for the visit and assured him of the government’s readiness to address the issues raised by him.

Continue Reading
You may also like...
Related Topics:borno state, Governor of Borno, insecurity

‘Our Lives Are In Danger’ – 30 Nigerian Ladies Stranded In Lebanon Appeal To FG For Rescue (video)
Ekiti Gov. Fayemi Recovers From COVID-19 After 11 Days In Isolation