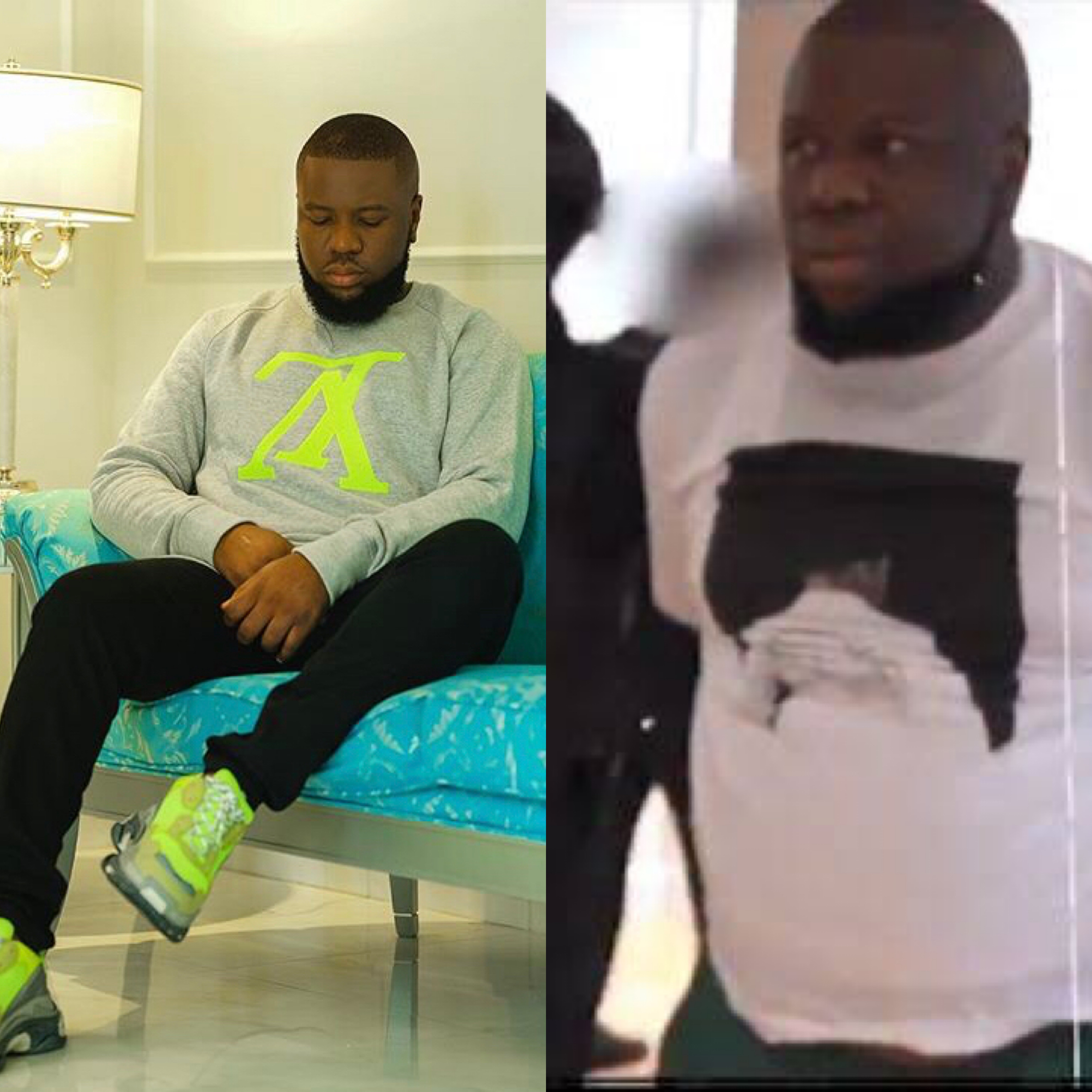 Socialite, Ramon Abbas, popularly known as “Hushpuppi”, who is facing wire fraud charges, has been arraigned in California court as his trial begins on October 13.

It would be recalled that in June, the 37-year-old known for flaunting his wealthy lifestyle on Instagram, was in the news following his arrest by special operatives of the Emerati police and American Federal Bureau of Investigation (FBI) in Dubai.

He was arrested alongside his partner, Olalekan Ponle ‘Woodberry’, and were extradited to the US to face trial for alleged crime.

Read Also: Hushpuppi And Woodberry Extradited To US

FBI, according to an affidavit, alleged that Hushpuppi financed this opulent lifestyle through dubious means, which his counsel has denied.

He is alleged to be the leader of a group that facilitates computer intrusion, wire fraud, business email compromise (BEC) fraud and money laundering.

The agency said Hushpuppi’s targeted victims, majorly in the US, had been defrauded of over $168 billion, including one scheme to steal £100 million (approximately $124 million) from an English Premier League soccer club.

It would be recalled that in July, Hushpuppi was first arraigned in Chicago court, however, the case was transferred to Los Angeles, a city in California over lack of jurisdiction.

Since his transfer to California late July, he has been held in the custody of the US Marshal in a federal prison.

FBI who is the prosecutor kickstarted the process of arraignment by filling necessary documents and forms after his first appearance on August 17.

After the pre-trial services, Hushpuppi entered a plea, insisting that he is not guilty of the charges.

According to PremiumTimes, Hushpuppi agreed to go to trial with his lawyer, Vicki Podberesky, a top-rated lawyer in California.

Mrs Podberesky will be assisted by Gal Pissetzky, a Chicago-based lawyer appearing pro hac vice because he is not licensed to practise outside Chicago.

Hushpuppi has pleaded to be prosecuted with complaint and not indictment. This he did by filing a waiver of indictment accepted by the court.

A complaint is the statement of the law enforcement agents containing essential facts of the offenses.

On the other hand, to obtain an indictment, a prosecutor must present proposed charges to a grand jury – a body of jurors that investigates crimes and decides whether charges should be filed.

His decision to opt for complaint might be borne out of speculations that the grand jury is easily manipulated by the prosecutor, undermining its objectivity and fairness.

Hushpuppi and his counsel, Mrs Podberesky, are to appear before District Judge Otis D. Wright II by 9 a.m on October 13.

The one-time Instagram sensation, if convicted, may spend up to 20 years in the US federal prison.