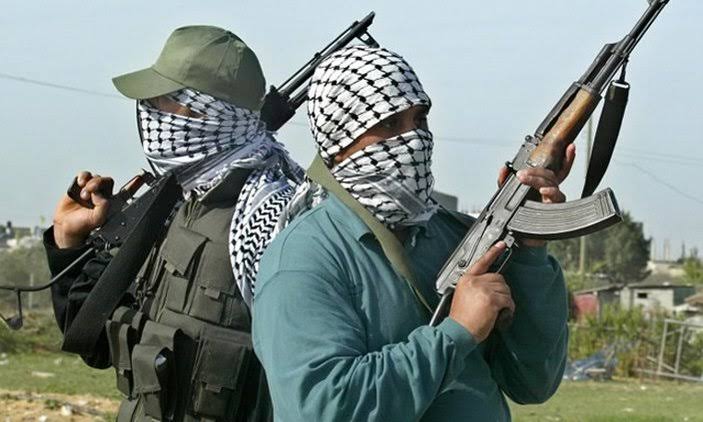 Gunmen have killed four persons, including a pregnant woman and her husband in Azikoro village of Yenagoa Local Government Area of Bayelsa State.

The gunmen were said to have also attacked a church, set some buildings ablaze and vandalised some vehicles.

A resident of the community, who is also a medical doctor, said, “The armed boys also came into my compound and destroyed my car.”

The state police command confirmed the incident but stated that it was perpetrated by suspected cultists in reprisal.

A statement on Thursday by the Police Public Relations Officer, Mr Asinim Butswat, said the command have “launched a manhunt for the suspected cultists, who murdered four victims and set a house ablaze.”

Butswat  noted that the Commissioner of Police, Mike Okoli, have visited the scene of the incident.

Operatives of the Operation Puff Adder had earlier traced the hideout of the cultists to the bush, dislodged them and burnt their camp. It is believed that this is a reprisal by the suspected cultists.

Meanwhile, two suspects have been arrested and are cooperating with the police in their investigation.

CP Okoli during his visit the scene reassured members of the community of adequate police protection and ordered full-scale investigation to unravel the motive behind the dastardly attack.