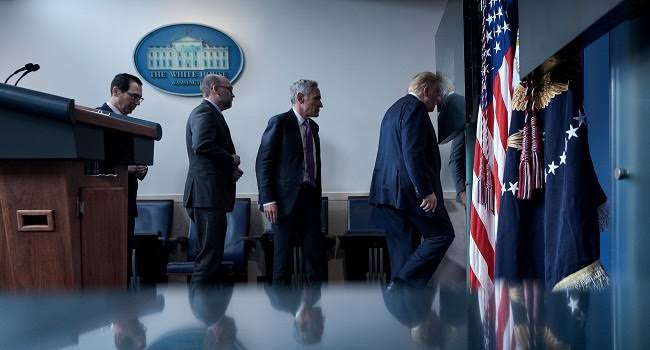 US President Donald Trump was abruptly ushered out of a press briefing by a Secret Service agent on Monday, August 10 after an armed suspect was shot outside the White House.

The president was just minutes into his coronavirus briefing when a Secret Service agent asked Trump to leave the podium and quickly exit the room along with other administration officials. 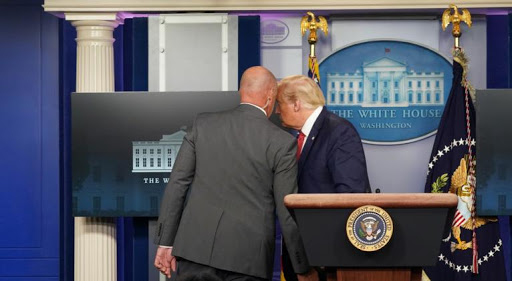 Reporters were briefly placed on lockdown in the conference room as members of the president’s security detail surrounded the West Wing of the White House.

Trump returned to the stage around 10 minutes later to confirm someone had been taken to hospital following a shooting outside of the White House perimeter fence.

He said the shots were fired by law enforcement and that;

There was an actual shooting and somebody’s been taken to the hospital. It seems that the person was shot by the Secret Service so we will see what happens.

According to the US President, the suspect was armed after which he thanked the Secret Service for doing a fantastic job of handling the situation. 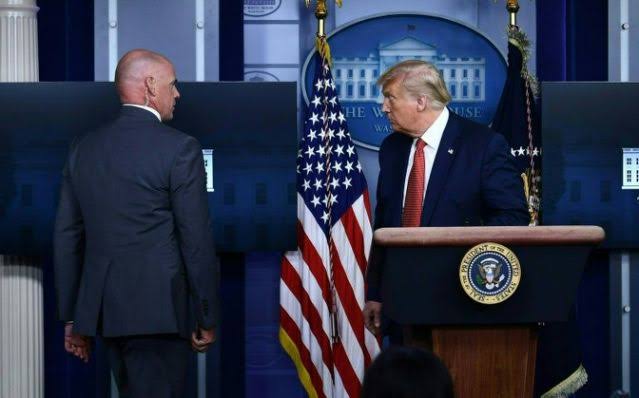 It was outside of the White House. It seems that the shooting was done by law enforcement at the suspect, it was the suspect who was shot.

Outside the White House, the situation was calm, but a portion of the surrounding streets had been blocked off, with a number of police and other official vehicles converging towards the corner of 17th Street and Pennsylvania Avenue.

Law enforcement officials are trying to determine the suspect’s motive. The Secret Service confirmed the shooting shortly afterwards, describing it as an “officer involved shooting at 17th Street and Pennsylvania Ave”.

At approximately 5.53pm today a 51-year-old male approached a US Secret Service uniformed division officer who was standing at his post on the corner of 17th Street and Pennsylvania Avenue NW near the White House complex. The suspect approached the officer and told the officer he had a weapon. The suspect then turned around, ran aggressively towards the officer, and in a drawing motion, withdrew an object from his clothing.

He then crouched into a shooter’s stance as if about to fire a weapon. The Secret Service officer discharged his weapon striking the individual in the torso. Officers immediately rendered first aid to the suspect and DC Fire and EMS were called to the scene. Both the suspect and the officer were transported to local hospitals.

The White House complex was not breached during the incident and no Secret Service protectees were ever in danger. The Secret Service office of professional responsibility will be conducting an internal review of the officer’s actions. The Metropolitan police department was contacted to conduct an investigation.

Trump said he had not been taken into the secure underground bunker but to an area near the Oval Office. He later told reporters that he did not fear for his safety.

When asked if he was shaken by the incident, Trump asked reporters: “I don’t know. Do I seem rattled?”

After fielding questions about the incident outside the White House, Trump returned to his briefing about the nation’s economic response to the coronavirus pandemic.