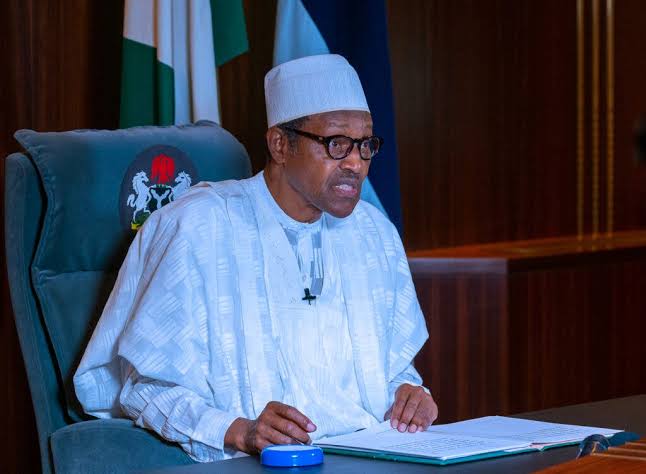 On Monday, the beneficiaries of the commission’s scholarship in the United Kingdom protested over the non-payment of their tuition fees.

The students converged at the Nigerian high commission in London to express displeasure over “negligence of their welfare”.

The scholars lamented that they have been stranded since the NDDC stopped paying their tuition and allowances one year after they were awarded the scholarship.

The new order by the President was disclosed in a press statement by the NDDC and signed by the commission’s Director for Corporate Affairs, Charles Obi Odili, on Tuesday, August 4, 2020.

Odili revealed that the delay in the remittance of the fees for the scholars was caused by the sudden death of the then Acting Executive Director for Finance and Administration (EDFA) of the commission, Chief Ibanga Etang.

Senator Akpabio, the Honourable Minister, said President Buhari who has been briefed on the protest by students at the Nigerian High Commission in London, has ordered that all stops be pulled to pay the students by the end of this week. We expect a new EDFA to be appointed this week. As soon as that is done, they would all be paid.

The non-payment of the allowances and tuition fees of the students by NDDC comes amid the corruption and financial mismanagement allegations that have been rocking the commission for some months now.

Intervening in the outcry of the students, Chairman of Nigerians in Diaspora Commission (NIDCOM), Abike Dabiri-Erewa, implored the NDDC to pay the allowances, tuition fees and other incentives of students under their scholarship scheme.

Speaking in June, Dabiri-Erewa said she wrote a letter to the Minister for Niger Delta Affairs, Godswill Akpabio, drawing his attention to the plight of the Nigerian students under the NDDC scholarship scheme in Europe.