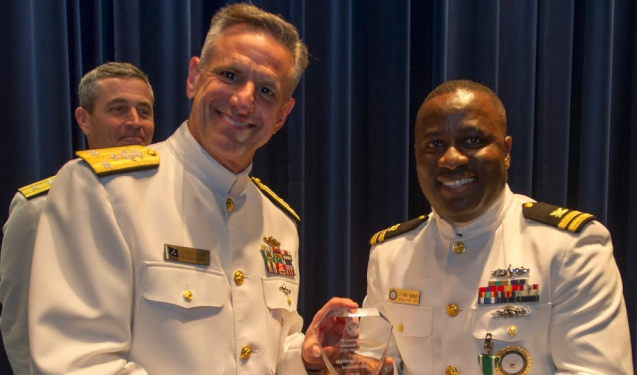 Lieutenant Agunbiade was awarded the Navy and Marin Corp Development Medal for his exemplary accountability. 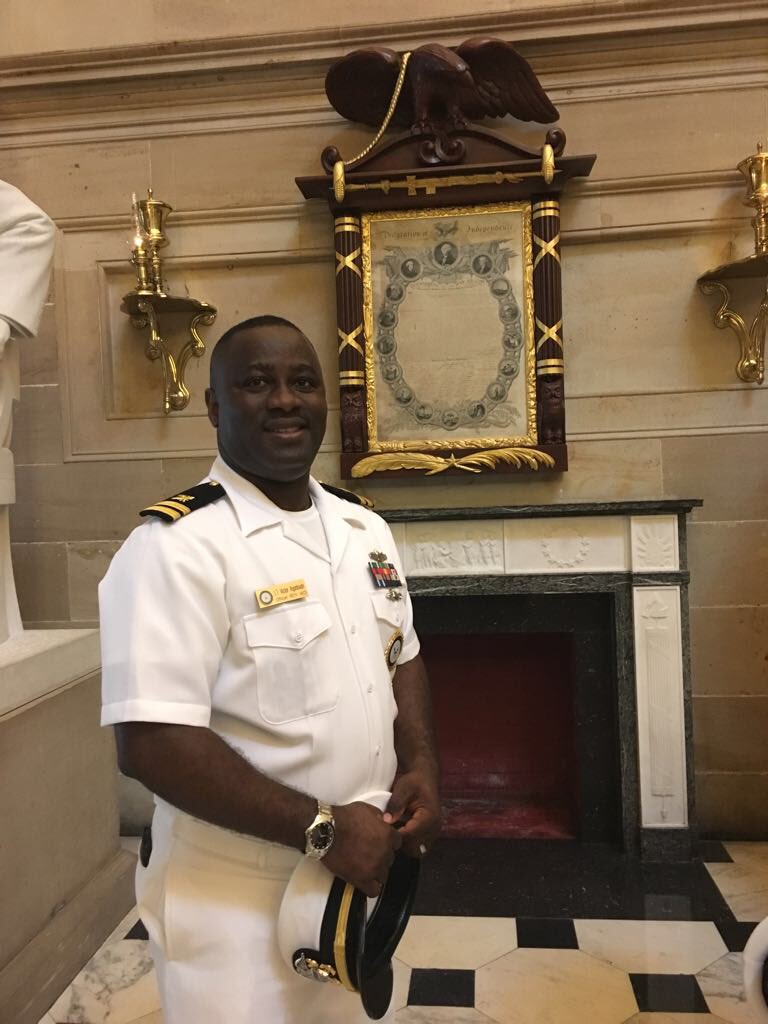 According to the US Navy, Agunbiade effectively managed its largest cash disbursing office handling $45m which is approximately N17 billion.

The money accounted for approximately 70% of its overseas disbursing volume.

According to the award citation, Agunbiade earned the honor while serving as cash disbursing Officer at the navy’s Camp Lemonnier in Djibouti, between October, 2019 to July 2020. 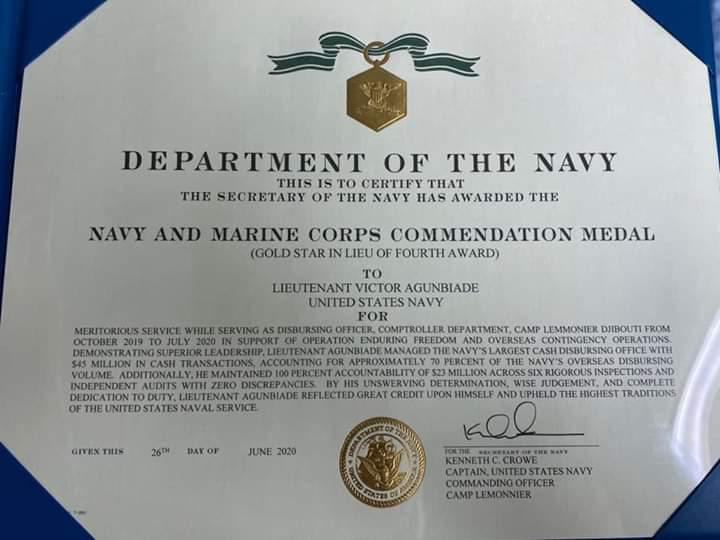 A part of the citation reads;

He maintained 100 per cent accountability of 23 million dollars (N8.7 billion) across six rigorous inspections and independent audits with zero discrepancies.

By his unswerving determination, wise judgment and complete dedication to duty, Agunbiade reflected great credit upon himself and upheld the highest traditions of the United States naval service.

Agunbiade enlisted in the US Navy as a storekeeper in 2008 and was commissioned as a supply corps officer in 2013.

According to the US Navy, he has always displayed a high level of professionalism while discharging his duties. 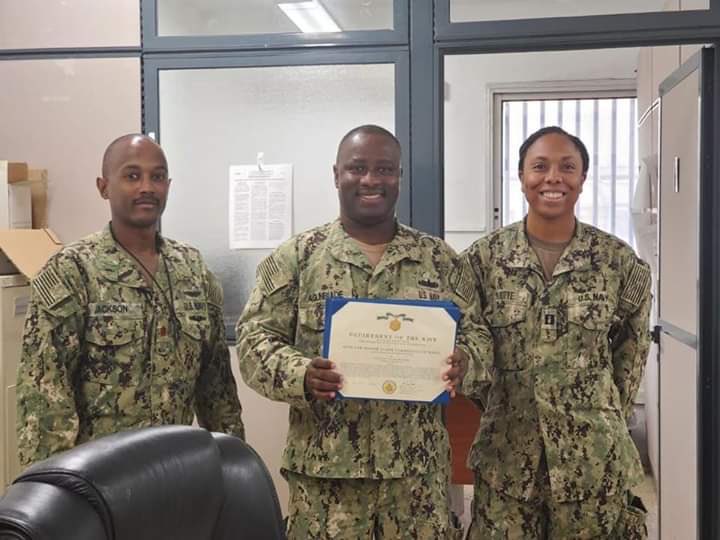 Kudos to Lieutenant Victor Agunbiade for being exemplary in carrying out his duties.

‘Rudins Family Took Me In When I Was Stranded, Paid My School Fees,’ – Gambian Lady Narrates Heartwarming Story Of How American Family Helped Her In The US (photos)
Singer Seunfunmi Shares Emotional Story Of How Husband Died From Stray Bullet During Crossfire Between Police And Robbers In Lagos (photos)